How to make money by playing video games

As the crypto craze permeates the world of online gaming, playing for fun could become just another bit of nostalgia 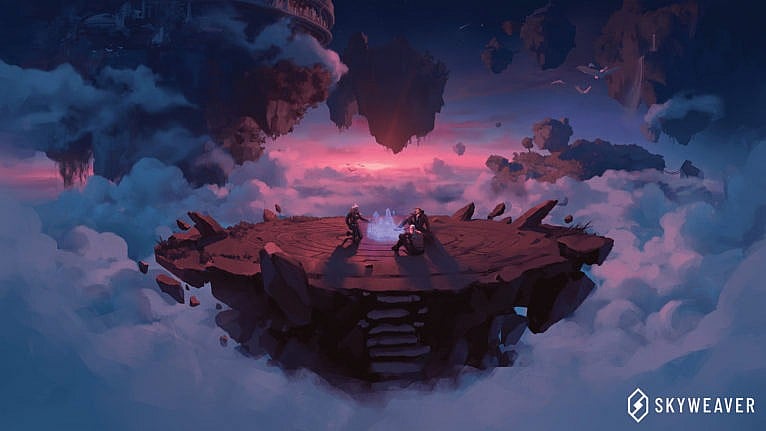 As I play another turn in Skyweaver, I watch helplessly as my avatar is defeated yet again—probably by someone half my age. The digital card game is best compared to Pokémon, or a sci-fi version of chess: colourful character cards face off on a virtual playing field. There are formidable opponents and plenty of strategic challenges. The twist is that while the game is free to join, rare cards will cost you—assuming you consider cryptocurrency to be real money.

In recent years, online gaming has evolved from a niche nerdy pursuit into a mainstream cultural touchstone. Crypto, on the other hand, remains an opaque concept to most people. Skyweaver is part of a growing trend in gaming: it incorporates blockchain technology in the form of non-fungible tokens. Skyweaver’s NFTs, which are essentially digital certificates of ownership, give users the rights to characters, cards and even digital outfits—all of which would have been one-time purchases in the past. This means that today’s players don’t just own pieces of their go-to games. They can actually profit from them.

MORE: Two paintings by a beloved Nova Scotia folk artist have vanished. Can they have gone far?

There is big, real money floating around the field. Last year, Parallel Studios, a blockchain-centric entertainment company headquartered in Toronto, raised $50 million in funding; YouTube co-founder Chad Hurley is one of their advisers. Around the same time, Vancouver’s Dapper Labs, which created NBA Top Shot and has well over a million users, raised $250 million.

Kohji Nagata, the head of games at Parallel Studios, often compares his company’s game Parallel Life to Magic: The Gathering, its analog predecessor. The game’s cards double as NFTs, which means they can be traded on a Parallel-hosted marketplace, allowing players to offload virtual items or earn crypto from rare finds. Ordinary cards sell for around the cost of a latte, but harder-to-find ones have fetched an eye-watering $350,000.

Trading virtual goods is already possible on traditional gaming platforms, like the massively popular Steam, but crypto boosters claim that their version is more democratic. “Our aim is to allow people to own the assets they have in-game, and just do whatever they’d like with them,” Nagata says. “On a grander scale, we want to create a blockchain-gaming ecosystem that other games can fit into, without having to build all the infrastructure themselves.” If Nagata has his way, the precious characters players collect in one game could easily be transferred to another.

Skyweaver co-founder Michael Sanders, who has worked in gaming since 2010, sees the blockchain revolution as part of a broader shift toward Web3, the catch-all term for the internet’s next, crypto-enabled phase. “In Web 2.0, you have sites like Facebook or YouTube, where people can interact with one another,” Sanders says. “In Web3, you get the internet of value—a full-blown digital economy with more ownership and community control.”

Switching from Web 2.0’s corporate-gatekeeper model to one where people own a piece of the networks they participate in seems like a noble goal. There is a reason, though, that blockchain gaming is mainly being adopted by collectible-card games: it arguably isn’t very good for much else yet.

READ: As photo booths disappear, the pictures they gave us are ever more precious

Brendan Sinclair, the managing editor of GamesIndustry.biz, is deeply skeptical of blockchain gaming. “Proponents are promising to revolutionize the video game space,” he says. “But most of the many companies that are pursuing it are very fuzzy on the details, and on what they think blockchain technology can bring to games that can’t already be done.” Sinclair points to the potential problems of transferring items from one game to another: companies are constantly editing software, so simply plunking down a new thing from another game could upend that careful curation.

If you think one of the issues with the modern world is that everything is commodified, Web3 and blockchain gaming’s promise of user-focused commerce could easily become part of the problem. It’s hard not to feel a bit wistful about rifling through the detritus of childhood—trading cards, action figures and other collectibles—in our extremely online times. But as we’ve shifted our entertainment from physical goods to the virtual sort, the integration of NFTs means we get to keep a sense of ownership. We used to buy games just to enjoy them, but now they have the potential to become an income stream.

This article appears in print in the May 2022 issue of Maclean’s magazine with the headline, “Play for pay.” Subscribe to the monthly print magazine here.