Image of the Week: Landing appears to be an issue for the SpaceX Starship. But hey, if we get off this messed-up planet, who says we'd want to come back? 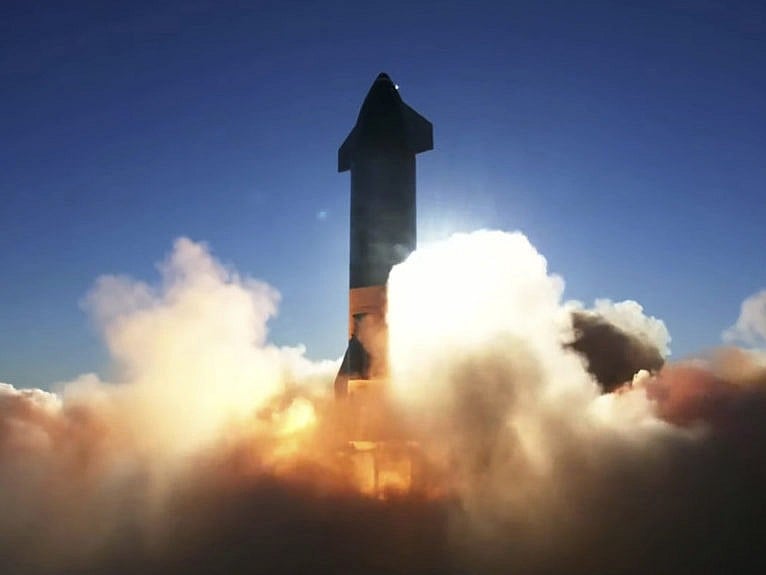 In this screen grab from video posted by SpaceX, the company's Starship launches for a test flight in a remote area of Texas. (SpaceX/AP/CP)

In a metaphor too painfully apt for 2020, Elon Musk witnessed his $200-million rocket explode Wednesday in a fiery crash after just two minutes of mid-air cruising and an attempted landing. Still, he excitedly tweeted, “Mars, here we come!!” He wouldn’t be the first mega-popular billionaire who tweets too much to claim victory after an ostensible disaster this fall. But at least Musk explained the method behind his madness—the rocket apparently did all they wanted it to do. (“Successful ascent, switchover to header tanks & precise flap control to landing point,” he tweeted, adding: “We got all the data we needed!”) If anyone shares his optimism, it may be in the spirit that we can one day leave this ruined world—a planet marred in just one year by 1.5 million COVID deaths, economic recessions, record-breaking wildfires, race riots and authoritarians who’ve become worryingly trendy. It’s enough to make a human race say, “You know what? Just forget Earth altogether.” Earlier this week, a former Israeli space security chief blew the whistle on the so-called “Galactic Federation,” an extraterrestrial entity of intelligent beings whom he alleges are studying the universe but requested to be kept a secret because “humanity is not ready yet.” You know what? After the year we just had, the aliens might be right.

FILED UNDER: Editor's Picks Image of the week SpaceX Starship