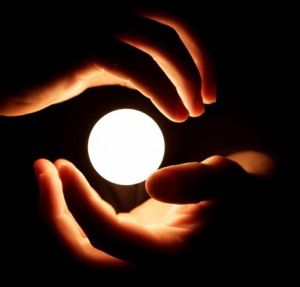 As a tech journalist, I aspire to no greater goal than providing you with details about Apple products slightly before this information is officially announced. That’s why I started working eight months ago on this post. I wanted to be the first to give you a sneak peek at the iPad 3, and I am proud to announce that I have succeeded. Suck it, Gizmodo.

Tech specs to come, but first, my journey: it began in San Francisco, where I hoped to snatch a prototype from a drunken Apple employee. I loitered in Mission district bars, buying drinks for anyone with an iPhone just in case they had the goods. The drinks were expensive, but geeks are lightweights. It typically took only a couple of acai berry spritzers before I could dash away with a laptop bag. I obtained masters for Kanye’s secret country album and photos of Osama Bin Laden’s new Miami condo this way, but alas, no iPad 3. It was time to try unconventional methods.

Posing as a farm boy from Shanxi, I waited in line for nine days to get a factory job at FoxConn, assembling mysterious Apple products. My plan was to swipe components one at a time as I moved up the workplace ladder, eventually nabbing enough to assemble a full iPad 3 at home. But after my first shift I had lost eight fingers in the machine that makes ? keys. My spirit was broken and I decided to kill myself.

It’s surprisingly difficult to commit suicide at the FoxConn factory. I pitched myself off the roof, but my fall was broken by a soft bed of light blue foam. It was super comfy and smelled of lavender. I dozed off, and was then executed for sleeping on the job.

In heaven I met Steve Jobs. He was running things. Afterlife success hadn’t come easy to him. At first he was shuffled off to purgatory for verbally abusing St. Peter on the UX of the pearly gates. He asked if Pete was a virgin and then made sheep noises. But after some deep meditation in limbo, Steve totally turned the place around. Purgatory was profitable in no time, and the I.P. alone was worth billions. Heaven acquired it and got Steve in the deal. He quickly outmaneuvered God and took over operations. God hit the lecture circuit; no hard feelings. Little changed in Heaven under Steve aesthetically, but the new culture of fear resulted in some major product innovations. Steve whet my appetite by showing me some early prototypes.

The first was a sphere of pure energy. I put in in my mouth and was driven mad with ecstasy. I plucked out my eyeballs with my toes and wept from its beauty. “Not good enough,” said Steve.

He asked me to cup my hands together and then he poured in the second iPad 3 prototype. My vision miraculously restored, I marvelled at the pool of quivering mercury I was holding. I rubbed it on my belly and Siri’s voice began singing in my head. I guess I was now some minor deity, and I angrily rained plagues upon generations of men.

“One more thing,” said Steve. He then handed me the final product—the One True iPad 3. “Go forth,” he commanded, “and speak of its glory.”

It has a better screen than iPad 2 and is a bit faster.