Is Rob Ford a victim of citizen journalism gone wrong?

Jesse Brown on the promise and pitfalls of modern storytelling

Remember the dream of citizen journalism? Here is how its founding thinkers defined it, way back in ancient internet history:

“Every citizen is a reporter.”

“When the people formerly known as the audience employ the press tools they have in their possession to inform one another.”

The dream was bold and lofty, but it was not flaky. After all, these press tools were no fantasy. Cheap smartphones were just around the corner — each as equipped as a professional news crew to capture live events in text, sound, photo and video and easily able to broadcast  to the world. Phones are actually better than a news crew, not just because they’re so portable, but because of who is using them — everyone, everywhere. How could you anticipate the spread of hundreds of millions of these things around the world and not expect a revolution in news gathering?

So it has come. But it isn’t exactly what was bargained for. Here are some citizen journalists using their press tools to inform their fellow citizens last summer: 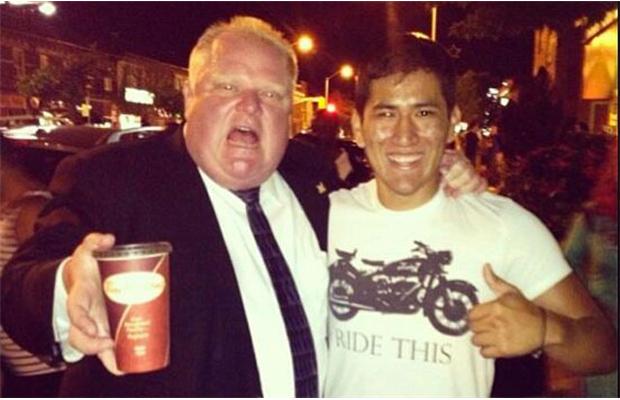 It’s not the most uplifting spectacle.

Whoever shot the Rob Ford crack tape was also using press tools to inform society about a matter of urgent public interest. The fact the video’s subject was exploited while intoxicated and the resulting scoop shopped around to different news organizations in search of the highest bid does little to distinguish those behind it from other freelance reporters.

Back in the early days of social media, when the jargon flowed a bit more freely, we spoke excitedly about the promise of ProAm journalism, where professional journalists would collaborate with civic-minded amateurs. The “people” would do the news gathering, the “pros” would provide verification, context and analysis. This too has come to pass in a more frightening form than most imagined. The Toronto Star‘s citizen collaborators were shady, druggy shakedown artists, not crusading samaritans. The Star is in a vindicated, self-congratulatory mood since Bill Blair and then Ford himself validated their story, all of which puts perhaps too much focus on a paper that, despite tons of top-notch followup, basically acted as middle-man for the news that mattered most. Reporters are getting book deals, editors and publishers are preening, while those who truly broke this story — and their motives — remain in shadows.

But what did we expect? We were kidding ourselves if we thought people-powered journalism would be nobler than the old kind. The smartphones pointed at Rob Ford are held by people with all manner of intentions — gawkers, schemers, manipulators, attention-hounds and more. It can be ugly, but it’s proven effective.

The truth has come out.  Ten years ago, it wouldn’t have.