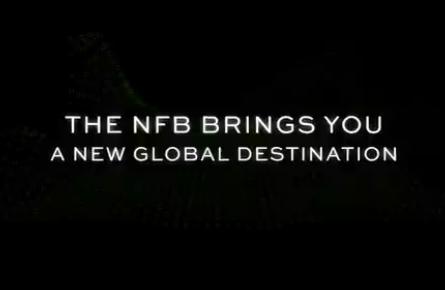 The NFB just gets it.

Today, as the wildly popular Hot Docs festival plays to packed crowds in Toronto, they’ve announced a major new effort: a global subscription-based movie service specializing in “auteur” documentaries, debuting in 2014. No word yet on pricing or who their “prestigious” international partners are, but I’m sold on the idea alone. This is a product strangely absent from the online streaming video marketplace, and it’s awesome to see a Canadian cultural institution seizing that opportunity and leading, instead of waiting to see if some American startup can make a go of it first.

In unveiling the initiative, NFB chair Tom Perlmutter pointed to Canada’s role as “one of the most important world centres for documentary”. This may not be true today, but it was for a long time. The first feature length doc ever produced, Nanook of the North, was a Canadian production, and we’ve made dozens of world-class documentaries since (personal favourites include Comic Book Confidential and Up the Yangtze). But lately we’ve been treating the genre like an ugly stepchild, starving documentary production and eliminating docs from TV airwaves. Documentary, like comedy, is something we can actually do well, and the NFB is doing a very good thing in laying a digital claim on this turf.

The launch follows a prior innovative move from the National Film Board. In 2009, they threw a huge chunk of their archives online for free. Go ahead and watch something now, if you haven’t already. It was both a radical move and one totally in keeping with the ethos of a public cultural institution. After all, Canadians paid for these films, so it seems reasonable that we should be able to easily watch them. Telefilm, the CBC, and others making art with public funds could learn a thing or two here.

The promised documentary service will require a monthly payment.  I have two hopes for this: one is that the pricing is in line with the modern marketplace (a buck or two less than Netflix sounds about right). My second wish is that when the service launches, the NFB won’t take any old docs off of their free NFB.ca service, but will instead add value by offering an expansive international library and by streaming everything in HD.