Why the world isn't going bust–even with seven billion people 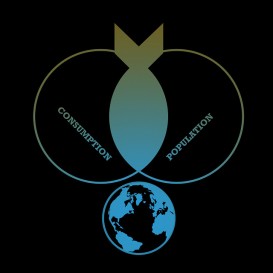 No sooner had I finished writing about how technology fears are stoked by supposedly learned people and the media that another example rears its ugly head. This time, with the world’s population exceeding seven billion people, it’s new worries of a population bomb.

For those unfamiliar with it, the concept is at least as old as Robert Thomas Malthus, an English reverend and scholar of the late 18th and early 19th century. Malthus believed that if the world’s population kept growing at its then-pace, humanity would run out of food and other resources, and experience a catastrophe that would thin out the herd to a more manageable and sustainable size.

Of course, it didn’t happen and it probably never will, despite vocal kvetching by modern-day Malthusians. Population growth simply does not occur in a vacuum. Everything else–like technology and the economy–grows alongside it. So far, this has served us well.

The reality is that technology, the economy and population growth are interlinked. The more a country has of the first two, the less it has of the third. A quick glance at birth rates confirms this–the rich, technologically advanced countries in North America and Europe typically have the lowest, while those in Africa have the highest. Going by those figures, it’s obvious that the more prosperous a country is, the fewer children its people have, for reasons that are equally clear.

Historically, people had many children so that there would be more hands to work the land, but in a non-agrarian society that doesn’t make much sense. Moreover, with both parents typically working, it’s too expensive and time-consuming to have many kids.

The good news–not that the media ever really reports on this–is that the global economy is doing a fine job of alleviating poverty, despite what the lingering economic crisis and Occupy Wall Streeters would have everyone believe. Over the past five years, about half a billion people (most of them in China) were elevated out of abject poverty, something an op-ed in the Jakarta Globe recently called the “fastest period of poverty reduction the world has ever seen.” As the article put it, “advances in human progress on such a scale are unprecedented, yet they remain almost universally unacknowledged.”

Fortunately, some people are taking these developments into account. The demographers at the United Nations know this, which is why they’re projecting the world’s population to peak at about 9 billion about 40 years from now. Their reasoning is simple: as people become wealthier, they have fewer children. On that end of things–the input, if you will–population growth is slowly but surely sorting itself out naturally.

All of this growth–whether its demographic, economic or technological–that we’ve experienced over the past few centuries is hardly a bad thing. People everywhere–in countries rich and poor–are living longer and considerably better than they did a century ago, largely thanks to technological improvements in food production and medicine. Those inputs will continue to improve, so the dire predictions of how food production will need to increase by 70 per cent to accommodate an even larger population may not actually be all that hard to meet. People who worry that the world is running out of food and water are perhaps not taking this inevitable technological advancement into account, the same way Malthus didn’t consider the improvements brought about by the Industrial Revolution.

The worrywarts are also perhaps being too cynical about human nature. While some are right to point out that rich, advanced countries simply waste too many resources, we do have a certain pragmatism too, which explains all the effort being put into developing alternative energy sources and more sustainable food production. If a shortage problem really does happen, it’s reasonable to expect that people in rich nations will lend a helping hand, the same way they did during the African famine of the 1980s.

Should we waste less stuff? Sure, butpeople know on a subconscious level that the Malthusian population bomb theory is just a myth–no matter how much the media tries to scare us.