As the crisis drags on, many of us live with web connections too weak for work and study at home 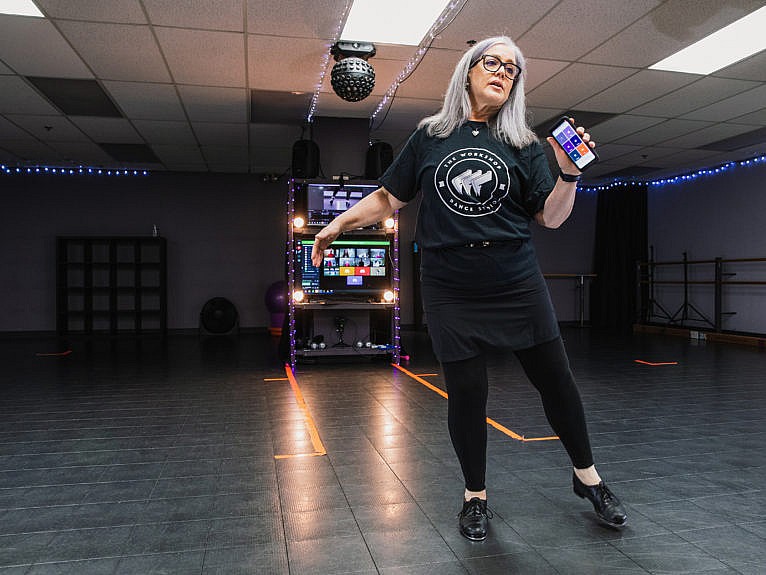 When Ontario was thrown into its first lockdown in March 2020, the Workshop Dance Studio owner Nancy Morgan moved her classes online. But with a clientele mostly made up of seniors living in the rural area near the eastern Ontario town of Kemptville, the transition was not a smooth one.

Overnight, Morgan became a technical support worker in addition to being a tap dance instructor and business owner. She estimates that she and her son, who she’s enlisted to help, spend five to six hours a week giving her clients one-on-one help setting up accounts, finding the classes and troubleshooting. But no matter how much time and attention she provides, she can’t solve the biggest problem they face: internet service too weak to carry a live online dance class.

“There’s nothing worse than watching lag and things spinning, spinning, spinning,” Morgan says. “There are lots of my clients who have just put it on the shelf. They don’t even want to try, because it was such a nightmare for them.”

Rural Canadians have always struggled with poor-quality internet, but the pandemic turned the problem into an emergency for those trying to keep businesses afloat and educate children from home. Internet performance data collected by the Canadian Internet Registration Authority (CIRA), and provided exclusively to Maclean’s for the post-pandemic edition of our Best Communities ranking, reveals that in each of Canada’s 417 municipalities with more than 9,000 people—including the biggest cities, like Toronto—many people live with web connections that aren’t sufficient to work or study from home.

In eight of those municipalities, connections meeting the Canada Radio-television and Telecommunication Commission’s minimum standard of 50 megabits per second for download speeds are completely unavailable. The CRTC estimates just 46 per cent of rural Canadians have access to internet that meets that minimum standard, compared to 80 per cent for the country as a whole.

Byron Holland, chief executive of CIRA, an organization that advocates for quality broadband access and manages the .ca domain, says the data demonstrates the importance of improving connectivity as Canada tries to rebuild its economy after the pandemic.

Infrastructure spending will be key to the great kick-start, Holland says, especially for struggling businesses in the private sector: “I think one of the highest, best uses of money is connectivity. We’ve seen how critical it is.”

Assuming remote work is here to stay, Maclean’s ranked communities across the country with an eye to what makes for a great place to live for people who don’t have to worry about finding a job within commuting distance. Since it’s impossible to work remotely without high-quality internet, we asked CIRA to provide data on each of those communities. The association gathered the information as part of its Internet Performance Test Program, which invites Canadians across the country to test their internet speeds.

CIRA identified download speeds at a midpoint between the best and worst tests performed within each community’s borders since Nov. 1, 2018, then assigned each a rating based on how many people could comfortably work or study at that speed. Communities where that midpoint level of internet quality could support four or more people working or studying from home got the highest rating.

BEST COMMUNITIES 2021: Why Atlantic Canada comes out on top

Unsurprisingly, all the communities that fell below the highest rating were outside major cities, where internet infrastructure and services are most concentrated. The Maclean’s ranking looked only at relatively densely populated areas—internet quality in smaller, more remote communities is even worse.

The data shows internet with sufficient quality to support at least one remote worker is available within the borders of all but one of the ranked communities—Les Îles-de-la-Madeleine, Que., a remote archipelago in the Gulf of St. Lawrence. But in many small towns, high-quality internet is available only in the downtown cores, not in the rural areas immediately surrounding them.

North Grenville, the municipality that includes Kemptville, where Morgan’s dance studio is located, is one such place. Midpoint speeds from CIRA’s performance tests suggest it’s possible for three people to work or study at home on a typical internet connection in the municipality. But a map of the speed tests shows that level of quality isn’t available to people living outside of town. Morgan has no problem streaming her classes from her studio in Kemptville’s downtown core; it’s her clients who live nearby who don’t have good enough internet connections to participate.

Nancy Peckford, the mayor of North Grenville, says stay-at-home orders have turned poor internet quality in the community into an urgent problem that’s threatening people’s livelihoods. “That scenario, where you’ve got two kids learning remotely and one to two parents doing Zoom calls, is a very tough one for many of our rural residents. The internet drops, you can’t get your camera on, you’re disconnected,” she says.

CIRA’s data shows that some residents within the borders of Canada’s biggest cities face the same issue. A January report by the Ryerson Leadership Lab and the Brookfield Institute for Innovation + Entrepreneurship found about half of seniors and people living on low incomes in Toronto report internet speeds less than the CRTC’s minimum standard; neighbourhoods with high percentages of racialized residents report the lowest rates of internet connectivity.

Internet service providers are businesses that make decisions based on what will be profitable, and investments in new networks only generate a return on investment if there are enough people in the area to purchase the service. But elected officials, municipalities and advocacy groups increasingly see it as a core piece of public infrastructure. The federal government’s $1.75-billion Universal Broad-band Fund and the CRTC’s $750-million Broadband Fund have announced their first funded projects. But Holland says it will take $6 to $12 billion to bridge the gap between what we can expect private companies to build on their own and what’s needed to bring fast, affordable internet to everyone. (Rogers, one of the country’s largest service providers, recently promised to create a $1-billion fund to increase connectivity in remote, rural and Indigenous communities if its proposed takeover of Shaw Communications is allowed to go through.)

Meanwhile, Canadians with poor internet service are enduring economic hardships that are compounding the pandemic’s tough times. Morgan estimates half the clients she’s lost would have continued to be paying customers had their internet connections been good enough to keep taking dance classes. She’s hopeful she can keep paying her bills, and pick up where she left off once the government lifts restrictions. But the longer the pandemic stretches on, the harder that will be.

“I’m in a complete holding pattern,” Morgan says. “It’s just a question of how long.”