The problem with Periscope 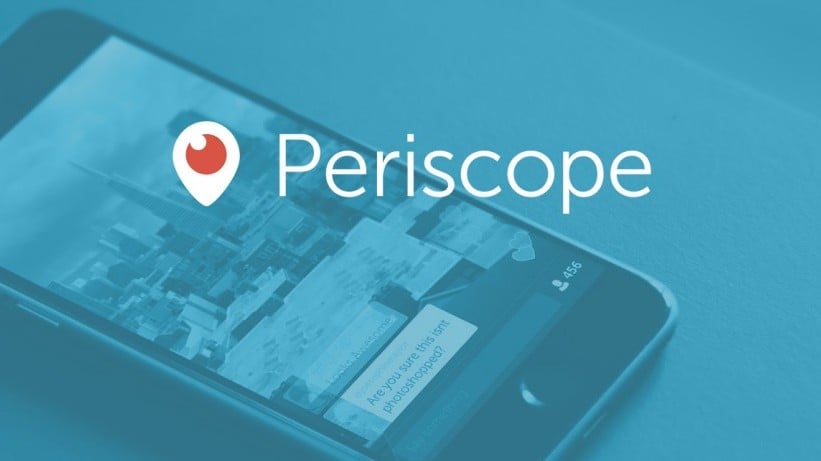 Two teenagers walk down the street in their U.K. neighbourhood, broadcasting their jaunt to the world. Using Periscope, the latest social media infatuation that allows people to live-stream video from their smartphones, the young women offer a real-time look at their lives. Nothing special is happening. Yet, as they walk and talk about their lives, a stream of awful comments from anonymous viewers pour in.

Called whores and asked to show their breasts, the women talk back at the screen, refute the first comment and ignore the latter.

The comments are ubiquitous for practically every young woman broadcasting herself with the app, whether she is trying to showcase her vocal talents or simply sitting with friends. “Yesterday morning, my co-workers started a Periscope and, in less than 30 seconds, along came the harassment,” wrote Sean Creely, co-founder of the content embedding service Embedly.

Periscope recently added a “follower-only” mode to stop the trolling, whereby only people approved by the broadcaster—the term Periscope uses to describe its users—can comment, but the rise in the app’s popularity has nevertheless been accompanied by a host of potential worries, from security and copyright problems to bullying and privacy.

Both Periscope (owned by Twitter) and its rival service, Meerkat, were immediate hits with celebrities when they hit the market in March and late February, respectively. Before the cameramen were on the set of Jimmy Fallon’s late-night show, the comedian offered fans a sneak peak of rehearsals via Periscope and Meerkat on separate occasions in March. Other notable Periscope users thus far include magician David Blaine (doing live magic tricks at a bar), entrepreneur Arlene Dickinson (showing the view from her cottage) and Chris Hadfield (hosting a Q & A).

The opportunities extend even further for mainstream and citizen journalists. On Thursday, Periscope users broadcast live from the memorial site set up for Walter Scott, the man shot eight times by a police officer in South Carolina. When the next Ferguson, Mo.-style riot breaks out, or protestors take to the streets in the Middle East, events will be beamed live from on the ground to anyone who wants to watch.

But on the other end of the spectrum, letting everyone be a broadcaster to the world can give one that sinking feeling. One recent Periscope feed had the subject line “Smash or Pass?” (think “hot or not,” but more sexualized), as a young man pointed his phone camera at female students at his high school and asked viewers to rate them, all while the women were completely oblivious.

Young people are especially vulnerable, according to independent computer security expert Graham Cluley. “Everyone in your year at school is connected on social networks, whether you’d ever actually invite them to your house or not,” he says. “There are opportunities for someone who has an embarrassing incident—is drunk or whatever—being shamed by something like this.” And the nature of a live broadcast means it’s too late for the “broadcaster” to have second thoughts about posting the video.

Similar concerns erupted when Google Glass came to market and people worried they were being surreptitiously recorded. Smartphones are so ubiquitous, however, that they don’t stand out the way Google Glass does. “What Periscope and Meerkat do is they change that context, because anyone who has a phone up may be live-broadcasting that feed to the Internet,” says J. Trevor Hughes, president and CEO of the International Association of Privacy Professionals (IAPP). “This takes it from a question of Big Brother to a question of Little Brother,” he adds, referring to the novel by Canadian author Cory Doctorow about living in a surveillance state.

Then there’s the question of safety. If geolocating is left on, or someone recognizes the location from particular landmarks, that information can be used to determine where the user is at that moment. “Just look at Periscope’s logo,” wrote an editor with the IAPP. “It’s an eyeball within a location sign.”

Periscope’s community guidelines say not to use overtly sexual content, nor anything graphic or intended to incite violence. And yet, “Watching people snort cocaine on Periscope is just the beginning” and “Of course, people are getting naked on Periscope” are two headlines from Vice Media, noting a few of the things they’ve seen thus far.

So how far can it go? Should anyone be surprised if media-savvy Islamic State terrorists broadcast beheadings or other treachery live? Of course, any company would do its best to stop such videos from being broadcast, but, with the immediacy of live-broadcasting, it would be difficult to police.

There are also commercial concerns. While individuals might worry about privacy, or parents ponder what their kids are sharing live with the world, big businesses such as movie and TV studios are also watching the live-broadcasting technology unfold with a wary eye. Why pay extra for sports channels if there is always a great live feed from inside the stadium? And who needs an HBO subscription to watch the latest episode of Game of Thrones if someone can set up a camera by the TV at home and broadcast it out to the world? More than a dozen people were reportedly live-streaming Furious 7, the latest movie from the Fast and the Furious franchise, while sitting at the theatre. That said, there are obvious limits to Periscope’s use for piracy. One Hollywood executive told the website Variety that Periscope and Meerkat are not as worrisome because of the way people have to watch broadcasts in the moment. Meerkat videos are only available live, while Periscope videos can be saved for only 24 hours, if the broadcaster so chooses. Meanwhile, some in the industry see opportunity in the technology: The trailer for the upcoming movie The Gift, starring Jason Bateman and Rebecca Hall, debuted on Periscope.

But, like with many online forums, the trolls are bound to come, whether the person broadcasting on Periscope is a celebrity or not. With the virtual anonymity that comes with online commenting, “people feel the ability to say things they would never say face-to-face,” says Cluley. “People tend to forget there’s a real human being at the other end.”