How an artist snitches on himself to elude FBI 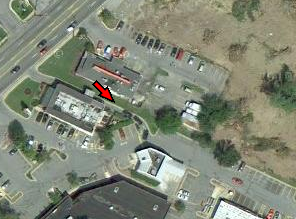 Hasan Elahi, an academic and artist with no shady dealings to hide, found himself in an unfortunate position. Upon returning to the U.S. from an international flight nine years ago, he was held for questioning by government authorities. The questioning continued for six months. It seems Elahi had been confused with someone very sinister, someone connected to the Sept. 11 attacks. The long process of convincing federal law enforcement agents of his innocence was tense and frightening, but he did.

Sort of. After he was cleared, Elahi was still nervous about traveling. Was he on any lists? Had he been flagged for more scrutiny? Would he be watched?

He shared his worries with the FBI, who suggested that if he told them in advance about his travel plans, they would do their best to make sure he’d have clear passage. So he divulged his information to government officials–personal information that he had no obligation to share. It worked. So he shared more, and then more.

Today, Elahi shares everything. He exposes every minute detail about himself on his website. He tracks his whereabouts with the GPS data in his phone. He photographs every place he visits, every meal he eats and every men’s room he–you get it. There are 46,000 photos on his site. He dug into his own past, creating a log of every flight he’s ever taken. And the authorities have made use of his self-exposure; Elahi’s server logs reveal that his site has received visits from the Department of Homeland Security, the CIA., the National Reconnaissance Office and the Executive Office of the President.

Why does he do this? To make a point, in part, and also to make art. But mainly Elahi snitches on himself in the hope that he will be left alone. In a recent New York Times Op-Ed, he wrote that, “in an era in which everything is archived and tracked, the best way to maintain privacy may be to give it up.”

Perhaps he’s onto something. Intelligence agencies like the FBI are in the business of uncovering the covered. If the data they seek is hidden in plain site, they are robbed of their primary purpose. All that’s left for them to do is making sense of the reams of data that’s been handed to them, a task that can prove very difficult.

It turns out that Big Brother has a very boring job–99.9 per cent of the time, our private data is irrelevant. Finding the needle in the haystack is a task many wish computers were better at. But identifying criminal relevance is a contextually sensitive activity at which humans beat computers every time.

That’s why true privacy may lie in voluntary exposure. The more of us who leak our lives, the harder it will be for authorities to watch any of us. As Elahi puts it, “if 300 million people started sending private information to federal agents, the government would need to hire as many as another 300 million people, possibly more, to keep up with the information.”

Of course, not all of us are conceptual artists like Elahi, with the time and skills needed to build a website with which to track ourselves. Thankfully, we have Facebook.