When will the NFT bubble burst?

NFTs are great for artists, but is blockchain really the future of art? 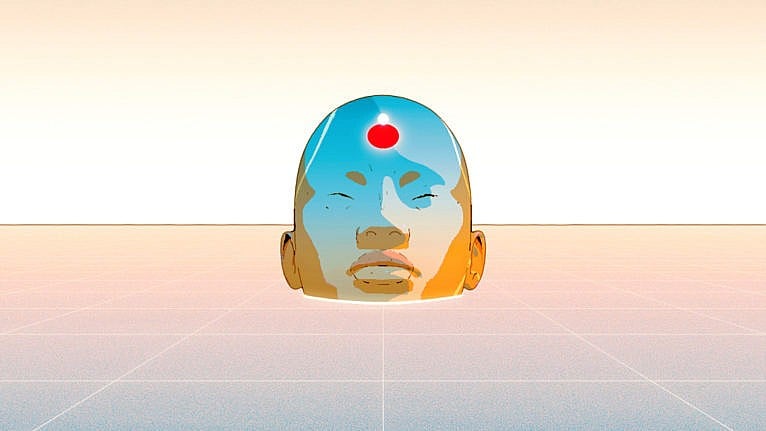 Like most people, artist Victor Mosquera had no idea what an NFT was two years ago. Mosquera, who is 32, was born in Bogota, and growing up in Colombia provided him with an unusual motivation to pursue his passion for art and music. “The economy there is really bad. There are lawyers and doctors driving Uber because they can’t get a job,” he says, sipping an iced coffee on a windy June day near his studio in Vancouver’s Yaletown. “I thought, If I study something I hate just because it’s ‘safe,’ I might still end up as an Uber driver. So I’m just going to do whatever I want.”

He taught himself how to make art—both traditional and digital—and posted his work online, eventually catching the attention of the video game company Ubisoft, which relocated him to Toronto in 2013 to work as a concept artist. “I moved with no family, no friends, never having been to the country,” he says. After work, he would make his own art until two in the morning, and through Instagram he developed an audience and befriended other artists who eventually convinced him to move to Vancouver. Four days after he arrived in November of 2020, he was minting his first NFT.

Born in Bogota, Victor Mosquera was recruited by the video game company Ubisoft and moved to Toronto in 2013 (Photo by Laura Moore)

An NFT, or non-fungible token, is a very long number added to a decentralized ledger. Think of it as an entry in an enormous spreadsheet, which is collectively driven by thousands of powerful computers solving immensely difficult mathematical problems. When an artist like Mosquera “mints” an artwork, they are prompting those computers to generate a new token that represents possession of that work; it’s a kind of digital certificate of ownership that can be bought and sold using cryptocurrency.

The first NFT was minted in 2014 by digital artist Kevin McCoy, and excitement grew in 2017 with the advent of an online game called CryptoKitties, which allowed players to “breed” and sell cartoon cats on the Ethereum blockchain. NFTs exploded in 2021, when the equivalent of $17.6 billion USD was traded in NFTs—a 21,000 per cent increase over 2020. OpenSea, the largest NFT marketplace, recorded $8 million USD in NFT sales in January of 2021; in August, it recorded $3 billion USD.

Mosquera’s decision to try his hand at NFT art was born of curiosity and pandemic boredom. His good friend Frederic Duquette, who creates art as Fvckrender and is also based in Vancouver, was dipping his toe into the NFT waters at the same time. “We’re a very tight group of artists, and everyone was becoming interested in this,” says Mosquera. “It turned out we were kind of like a first wave.”

Mosquera’s first NFT was for an animated work called “Patterns Unfolding.” It was typical of his style, which features human figures and otherworldly landscapes in a sunset-hued palette of oranges, pinks and cool blues, often set to his own ambient musical compositions. He posted the piece on an NFT marketplace called SuperRare and announced the sale on Instagram, where he has more than 112,000 followers. After a flurry of bids, “Patterns Unfolding” sold for 11 ether to an NFT creator and collector who goes by the name Gold Tree. At the time, a unit of ETH was worth about $762 CAD. Mosquera, watching the auction unfold from a friend’s house, was stunned. “I was like, what’s going on? This is insane,” he says.

Since then, Mosquera’s NFTs have sold in the mid-five figures at Sotheby’s and Christie’s and have been featured at Art Basel Miami; he has also collaborated with Time magazine to create an NFT in support of Ukraine. His journey illustrates the dramatic ascent of NFTs into the rarefied world of art collecting—as well as the public consciousness—over the last 18 months. Today, Nike is selling NFT sneakers called CryptoKicks, which have fetched up to $129,000 USD. Celebrities, including Gwyneth Paltrow and Paris Hilton, have begun hawking NFTs, redirecting the scripted enthusiasm they typically use for bottled water and skin care products to six-figure monkey cartoons released by the Bored Ape Yacht Club. Even Charmin has released digital toilet paper NFTs. 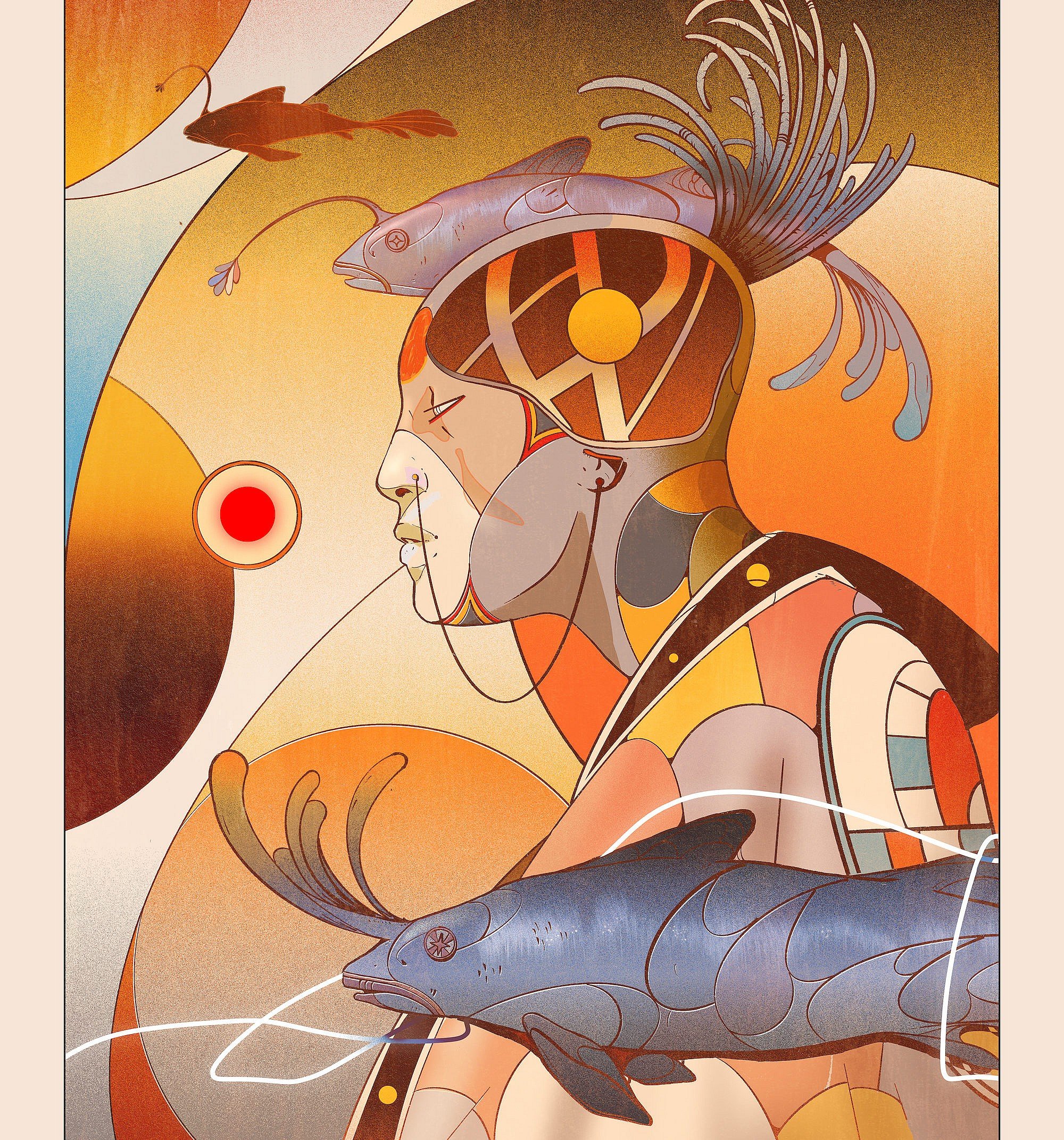 NFTs offer distinct benefits to artists, allowing them to avoid the hassles and expense of shipping physical pieces and to place value on digital artwork. What’s more, each time an NFT is resold, the artist can automatically collect royalties. NFTs have also been very good for fine art brokers: Sotheby’s, Christie’s and Phillips all reported record-breaking sales in 2021, thanks in part to debuting NFTs in highly publicized auctions. NFTs brought an influx of media attention and new, young bidders to these houses: Sotheby’s reported that 78 per cent of their NFT bidders were new and more than half of them were under 40. In April of 2021, Phillips sold a “multi-generational” NFT by Mad Dog Jones (the alias of Thunder Bay artist Michah Dowbak) called “Replicator,” depicting a copy machine that looks like it came straight from the set of Blade Runner. The auction closed at $4.1 million USD from an unnamed buyer, making Dowbak the highest-paid living Canadian artist.

What’s harder to grasp is the benefit of NFTs to buyers, who are spending enormous sums on what is arguably a digital receipt for an image or video file that anyone could download for free, in cryptocurrencies that are highly volatile. Why do they do it? Presumably for the same reason a person might buy an Andy Warhol original for $47 million USD, as one collector did in 2015, despite the fact that you could purchase a convincing facsimile from Etsy for less than $100. The art world has always been full of frauds, from forged Vermeers to fake Banksys, and its obsession with verification is perhaps why NFTs—each of which has a singular digital signature—have been so successful among artists and collectors.

There are many NFT skeptics who point out the environmental costs of the medium and its market: a single auction can have the same carbon footprint as a long-haul flight, due to the energy-intensive mining process that requires specialized computers to solve complex math problems in order to generate an NFT’s unique digital signature. Even when they are not minting new NFTs, the computers need to continue their competitive problem-solving so as to maintain the integrity of the distributed ledger. On June 21, the annualized total footprint of the Ethereum blockchain was more than 52 terawatt hours per year, comparable to the nation of Singapore. 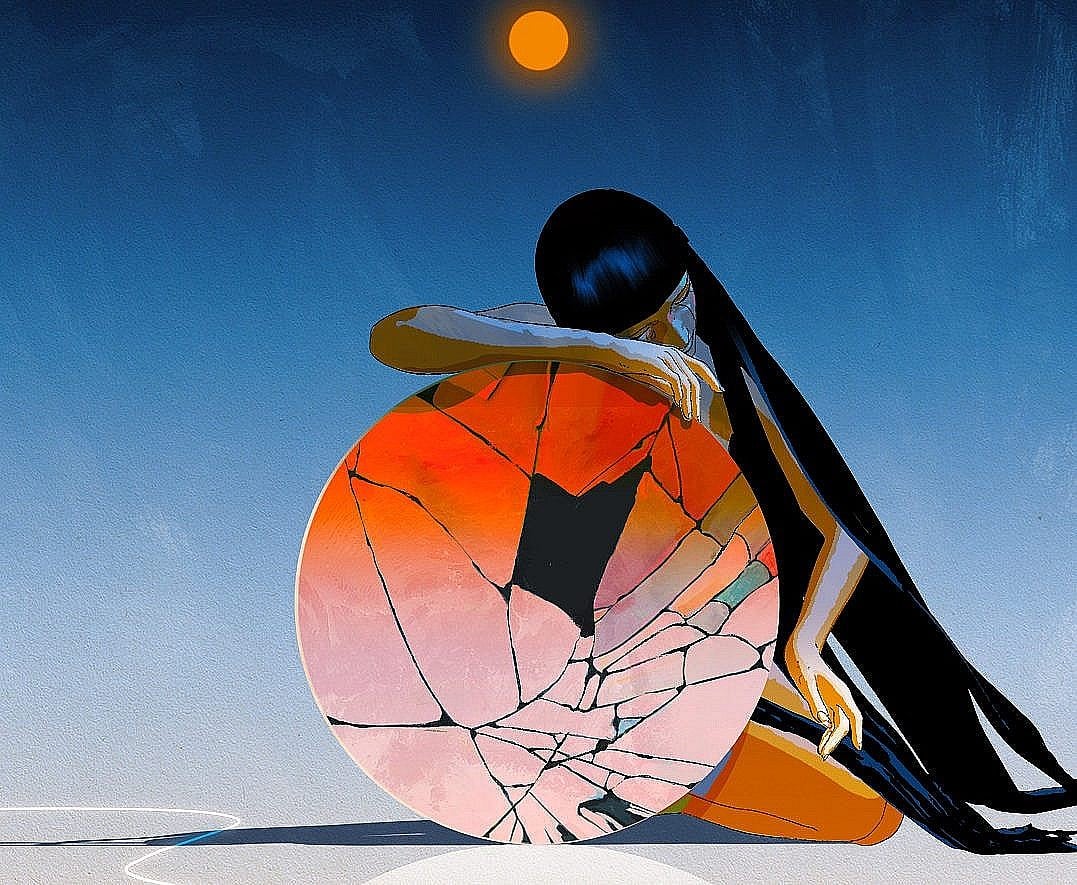 Then there are the recurring scandals that highlight the fallibility of NFTs. The Bored Ape Yacht Club, a collection of monkey cartoon NFTs, has been hacked twice in recent months, leading to the theft of hundreds of thousands of dollars worth of NFTs. The actor Seth Green’s Bored Ape cartoon was “kidnapped” through a phishing scam, and Green discovered there is little legal recourse for a victim of NFT theft—the market is unregulated. (Green later paid 65 ETH, then worth close to $300,000 USD, to buy his Ape back from the user who purchased it from the hacker.) As an investment, an NFT’s long-term value is unknown, and its short-term value is unpredictable: a Bored Ape valued at $350,000 USD in August of 2021 was auctioned for just $115 USD in March of 2022. Because NFTs are traded in cryptocurrency, their values fluctuate with the volatile crypto markets. Bitcoin plunged to its lowest value in 18 months in mid-June, and ether has lost 75 per cent of its value since November 2021. Even Mike Winkelmann, a.k.a. Beeple, who sold a single NFT for $69 million USD last year, has said he believes NFTs are a bubble.

Mosquera, who collects NFTs made by his friends as well as emerging artists, is motivated by his confidence in both the creators and the technology. “You’re supporting someone’s career,” he says. “You’re saying, ‘I love your stuff, I believe in you, and because I believe in you, I believe that maybe 10 years from now this investment will be worth double or triple.’ ” He’s not concerned with the cryptocurrency crash or people who believe NFTs are a scam.

The perfect faith of converts to the crypto world is as striking as the vehement opposition of its critics. One side believes NFTs are the future of art, the internet, and the global economy; the other side believes they’re a disaster. At this point, what is certain is that they are inescapable and increasingly enmeshed with our tactile reality. Whether that’s exciting, terrifying, or merely confusing depends on your point of view—like a work of art, it’s all a matter of perspective.