Our editorial: A world with driverless cars may be far-off. But we need to consider it today, so we can better navigate our present 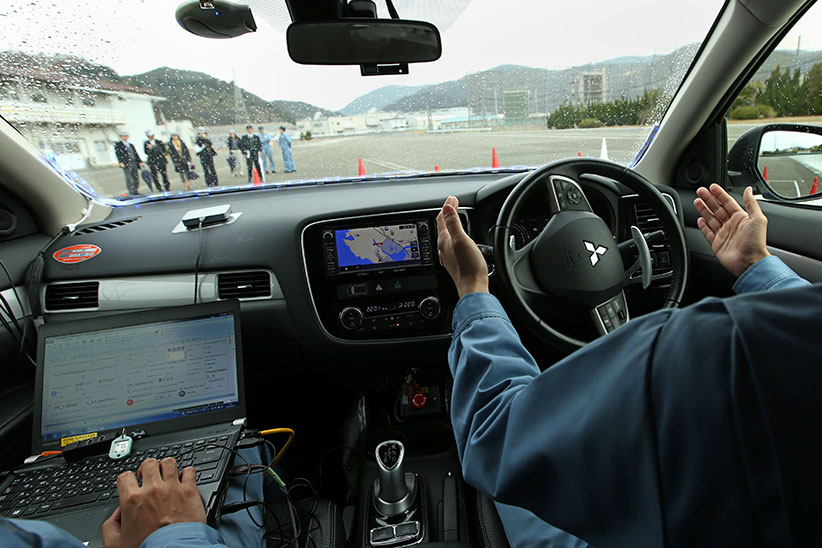 Mapping the future of driverless cars is much like surviving the morning commute today. We know where we want to go, but getting there quickly is the problem.

The prospect of fully autonomous cars zipping along while passengers snooze, work or otherwise ignore the road is a widely anticipated utopian dream. A world of driverless cars means roads that are safer and less congested, workers who are more productive, cheaper housing options and greater mobility for the elderly and for people with disabilities. It seems a tantalizing future. Yet despite well-publicized tests of driverless cars in Pittsburgh, Sweden and elsewhere, the arrival of this transportation nirvana is still a long way off. Most people with driver’s licences today will never know the full delights of driverless roads. In the meantime, understanding how this future is likely to unfurl is crucial to navigating our present.

A fascinating and carefully argued report released last month by the Residential and Civil Construction Alliance of Ontario argues that it will take many decades to achieve the sci-fi world of self-driving vehicles, and that it will roll out in a chaotic and often frustrating manner. Due to established consumer habits, sluggish government regulation and existing infrastructure, between now and 2050 Canada’s roads will be dominated by semi-autonomous vehicles, says report author Bern Grush. These are cars with a panoply of technological features, some of which are already available, such as adaptive cruise control, lane recognition and automatic emergency braking, that make driving safer. Despite these advances, however, they’ll still require a driver behind the wheel, if only to take charge in special circumstances.

Fully autonomous vehicles—cars that drive themselves without any human input—will lag much farther behind in acceptance because of the technology involved and the fact they represent a far more dramatic departure from the status quo. Grush predicts these vehicles will first establish themselves in the realm of public transit: robo-buses travelling on fixed routes. Not until the second half of the century will driverless cars finally come to dominate travel for personal use.

MORE: What it’s like in the driver’s seat of a driverless car

Understanding the tension between these two competing technologies will be crucial to finding our way for the next 40 years. For starters, things are likely to get worse before they get better. Drivers’ initial preference for privately owned, semi-autonomous cars will inevitably result in more vehicles on the road, more overall kilometres travelled, greater demand for downtown parking, fewer bus trips and increasing competition and conflict between drivers and other road users over such things as urban bike lanes. “Congestion will remain an issue for the foreseeable future,” counsels Grush.

A grander vision of the future in which fleets of fully autonomous cars pick up and drop off passengers wherever and whenever they wish will take much longer to arrive because it must overcome generations of embedded consumer behaviour and institutional inertia. Most significant, it will mark the end of the long-standing association between private car ownership and personal freedom. This transition “will take longer and be more painful” than most people appreciate, Grush warns. By the time the world of fully autonomous cars is finally realized, today’s Millennials will probably be entering their sixties.

Such a long changeover period suggests some big dilemmas for present-day governments. Current efforts to constrain suburban sprawl around big cities may be pushing uphill against both technology and basic human desires. If it is the destiny of driverless cars to enable longer and more pleasant commutes, then we can expect sprawl to grow, not shrink, over time. And the prospect of an imminent worsening in congestion suggests more resources need to be directed to road-building. Both conclusions conflict with ideology currently popular among urban planners that reveres high-density living and public transit.

In fact, conventional public transit is likely to be the earliest casualty of driverless cars. Fully autonomous robo-buses, which could be operated privately, look set to disrupt traditional bus routes in the same manner as Uber has already disrupted the taxi business: it will be cheaper and more convenient. And further, the federal government is planning to spend $120 billion over the next decade on infrastructure, a third of which is expected to be dedicated to big-ticket public transit projects such as light-rail transit and subways, projects with lifespans measured over many decades. But will we still be using fixed-rail transportation 20 years from now? And if not, would that money be better spent elsewhere?

It took nearly 40 years for the horse-drawn world to fully transition to an era of internal combustion engines. The switch to driverless cars will likely take just as long. So buckle up. It’s going to be a long trip, but it’ll be worth it in the end.