Wikileaks does history with the 'Kissinger Cables' 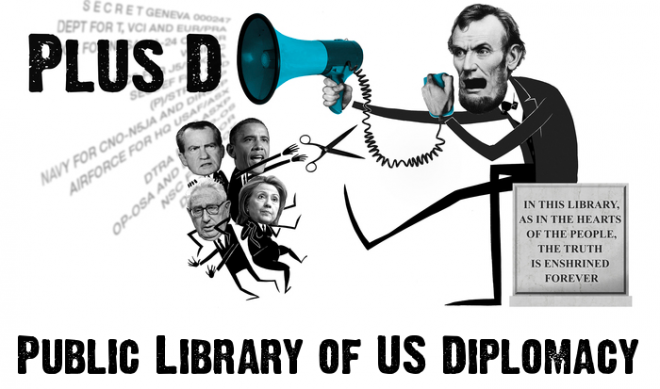 Wikileaks has just dropped a data dump of 1.7 million U.S. diplomatic and intelligence cables, published on a site they call the Public Library of U.S. Diplomacy. The documents are all dated between 1973-76, and include over 200,000 items relating directly to former U.S. Secretary of State Henry Kissinger. Journalists and academics have begun sorting through the missives, many of which shed new light on America’s relationships with oppressive regimes in Latin America. Also of note are detailed reports on The Yom Kippur war, Israel’s 1973 conflict with Egypt and Syria. Many formerly secret memos are included.

“Formerly” secret not because of Wikileaks, but because the documents have all been publicly available at the National Archives. All that Wikileaks has done here (and by Wikileaks, it seems that we’re talking chiefly about Julian Assange, who reportedly engineered this release personally while in exile) is collect the data, put it online, organize it, alert the media to it, and make it easily searchable.

Which is a lot.

With much time on his hands as he sits in Ecuador’s London Embassy, avoiding extradition to Sweden, it seems Assange is finally busying himself with a cause other than his own. Many documents and databases are similarly hidden in plain sight, technically public but practically obscure. Liberating such information is undeniably in the public interest. It’s a pro-level good deed, something any journalist should applaud.

“…in our view, the inaccessibility and the difficulty of accessing them is a form of secrecy, in a way, so we found it important to get it to the general public in a good searchable database, and that’s what we have done in this project.”

Moreover, Wikileaks gave 18 news agencies around the world a sneak peek at the data in order to patch one of journalism’s worst bugs: when information is suddenly public to all, it’s exclusive to none, and news organizations often default to ignoring it completely. Again, secrecy through obscurity, solved with some clever data wrangling.

Wikileaks promises that we’ll see many revelations published in the days ahead, drawn from the ‘Kissinger cables.’

To start, one Kissinger quote in particular has been unearthed and is making the rounds. Perhaps it sets the tone for what we’re about to learn:

“I used to say at meetings: The illegal we do immediately; the unconstitutional takes a little longer. But since the Freedom of Information Act, I’m afraid to say things like that.”