With 'aerohaptics,' holograms can feel real to the touch

The 3D images are a popular Victorian mirror trick, but researchers at the University of Glasgow are elevating the technology that brought Tupac Shakur to life onstage in 2012 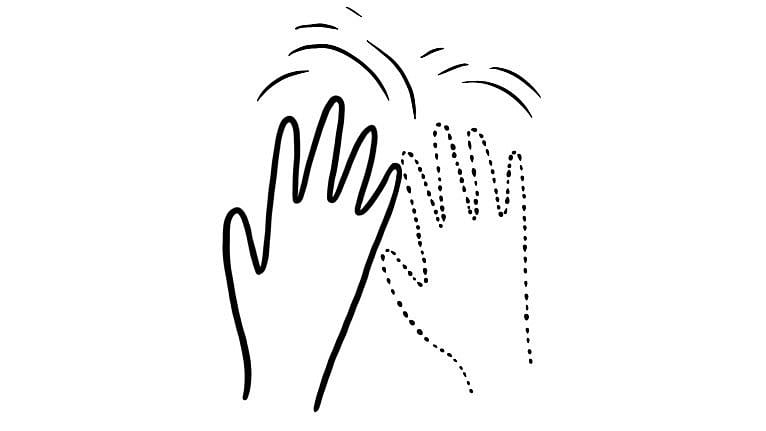 When Tupac Shakur joined Dr. Dre on stage at the Coachella festival in 2012, crowds were awestruck—not only by the quality of the music, but because Shakur had been dead for 15 years.

Shakur’s presence onstage was a convincing holographic illusion. The basis for the ghostly Shakur, as well as ABBA’s upcoming tour in 2022, which will feature younger-looking holograms of the bandmates, is a popular Victorian mirror trick. But now, thanks to researchers at the University of Glasgow, these illusions can be real enough to touch.

The team has invented a method for using jets of air to simulate tactile experience. They’re calling the technology “aerohaptics” (“haptic” refers to the sense of touch). A motion sensor tracks the movement of the user’s hand as they interact with a holographic object, and directs a nozzle to release puffs of air on the user’s fingers and palm. So far, the Glasgow team has used aerohaptics to simulate the experience of “bouncing” a virtual basketball: push hard on the rounded surface of the ghostly ball, and it strikes your hand forcefully on the return; a gentle pressure results in a softer sensation when the ball bounces back.

RELATED: Four weird and wonderful inventions sparked by the pandemic

Ravinder Dahiya, an electronics and nanoengineering Ph.D. who leads the team, emphasizes the collaboration between our five senses—even drinking a beer is a tactile as well as a gustatory experience. “If a beer doesn’t feel cold, you don’t really get the taste—that’s how the mind is trained,” Dahiya explains. Besides applications in video games and other forms of entertainment, aerohaptic technology could help colleagues shake hands at virtual meetings, or allow medical students to dissect virtual instead of real mice.

This article appears in print in the January 2022 issue of Maclean’s magazine with the headline, “Aerohaptics.” Subscribe to the monthly print magazine here.