With its coaching and financial support of a select few players, the organization has found a way to compete in a dauntingly expensive game 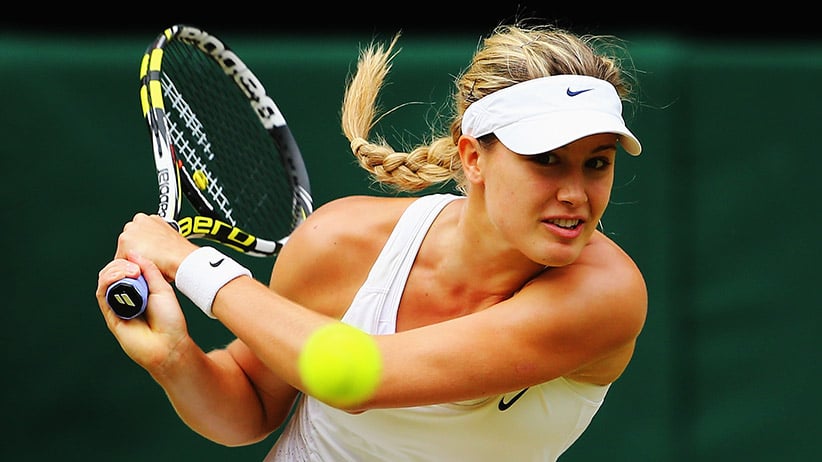 With its champagne and strawberries, and the TV cameras scanning between rallies for reactions in the royal box, Wimbledon serves up reminders of the tight relationship between big money and big-time sports arguably more overtly than any other major athletic event. So the high-impact presence of Canadian players at the championships of the All England Club last week raised questions beyond the skills of Eugenie Bouchard, who lost in the women’s final, and Milos Raonic, who bowed out in the men’s semifinal. Those questions trace back to how Canadian tennis has found a way to compete financially in a game of dauntingly expensive training, costly touring and well-paid entourages.

The emergence of Bouchard and Raonic, and the wider rise of Canadian tennis, begins with Tennis Canada’s success about a decade ago in creating two top-flight tournament facilities: Toronto’s new Rexall Centre and Montreal’s renovated Uniprix Stadium. “That was critical,” says Hatem McDadi, senior vice-present of tennis development for the non-profit organization. “The new stadiums provide more revenue, greater seating, more boxes, more sponsorship.” In their new homes—paid for by a combination of government and private funds—the annual Rogers Cup tournaments quickly grew into reliable cash-spinners. Last year, 81 per cent of Tennis Canada’s revenue came from these elite pro-tour events, whose men’s and women’s versions alternate each year between Toronto and Montreal. The result, McDadi says, is that Tennis Canada’s spending on nurturing talent soared from less than $4 million a decade ago to close to $12 million last year.

But bringing in much more money, though essential, wasn’t sufficient. Since tennis in the U.S. and Europe draws on much deeper reserves, Tennis Canada needed to spend strategically. Instead of just spreading the new wealth around—always a powerful temptation for Canadian sports organizations striving to satisfy provincial and local interests—Tennis Canada opted “to deploy our resources in a laser-sharp, focused way,” according to Kelly Murumets, the organization’s president. That meant establishing a national training centre in Montreal and recruiting coach Louis Borfiga, who formerly cultivated some of the world’s top players in France.

At the Montreal centre, only 10 to 12 boys and girls, typically in their mid-teens, are admitted from across the country at any given time. Tennis Canada has adopted the hockey model of having the players billeted with families in Montreal—just as Sidney Crosby did, McDadi notes, when he played at the major junior level in Rimouski, Que. The hand-picked hopefuls go to school in the morning, practise tennis for four or five hours in the afternoon, and return to their billet families in the evening. Both Raonic and Bouchard attended the Montreal centre for a few years. Tennis Canada has also set up regional training centres in Toronto and Vancouver. Coaches who’ve discovered young talent aren’t always happy to see their proteges plucked into the system. “There’s been some friction between the clubs and the national centres, but it’s healthy conflict,” McDadi says. “Competition is competition.”

Tennis Canada’s investment doesn’t end when players graduate to international tours. After a few years in Montreal, Raonic went to work with coaches in Spain; Bouchard had been coached as a girl by Florida tennis guru Nick Saviano, and returned to Saviano after her mid-teens stint under Borfiga in Montreal, her hometown. Both players came from well-off families able to spend heavily to hone their talents. But Tennis Canada continues to support them ﬁnancially, too. McDadi says it can cost “hundreds of thousands” a year for a player to stay competitive while making the transition to the game’s most rarefied level. Tennis Canada expects a good return on its undisclosed investment in terms of promotion and profile. “It’s a really symbiotic relationship. It’s a relationship of respect and trust,” Murumets says. “These athletes are proud to be Canadian and proud to work with Tennis Canada.”

Following their Wimbledon breakthroughs, Raonic rose three spots to No. 6 in the men’s rankings and Bouchard jumped six to No. 7 among women. “Now I believe we can use these international stars to start to create the wave for tennis participation in Canada,” Murumets says. In fact, that seems a natural aim for her, since she was hired to lead Tennis Canada only early this year after heading Participaction, the non-profit group that promotes active living for everybody. Her predecessor as Tennis Canada’s top executive, Michael Downey, had been lured away to run the prestigious British Lawn Tennis Association—an indication that Canadian tennis’s ambitious strategists were attracting attention from international insiders even before their players became impossible to ignore.