He shot everyone, from the Rolling Stones to the Beatles. The prolific photographer looks back on a different era in photography 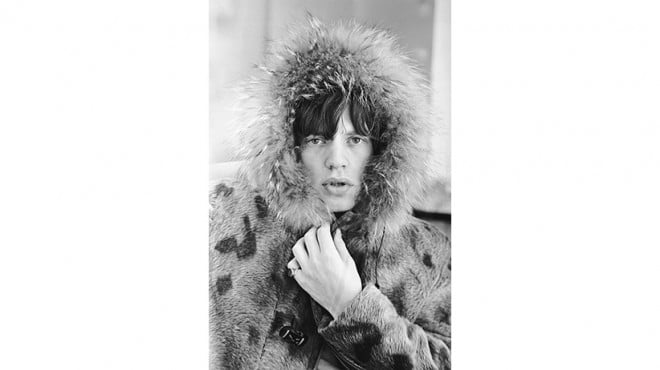 There he was, an aspiring jazz drummer who took a job with the photography unit of the British airline BOAC, as a way to get to the nightclubs of New York. So about 1959 he’s in the airport in London and he snaps a photo of a man sleeping surrounded by a clutch of African chieftains. Darned if it didn’t turn out to be Rab Butler, then the British home secretary. “A newspaper guy saw me and said, ‘I want to show these pictures to my editor.’ I gave him the roll of film,” he says over the phone from London.

Before he knew it, he was the youngest photographer on Fleet Street, hanging with the Beatles and Rolling Stones in their early days, shooting Bowie, Bardot, Sinatra, and most every A-list star of the era; he even ended up marrying one of them, Faye Dunaway. “It’s all luck,” says O’Neill, now 76, and firmly ensconced in the pantheon of the world’s top celebrity photographers. “You just have to be in the luck and be in the right place at the right time. I’m a firm believer in all that.”

The right place and the right time for O’Neill began with the Swingin’ Sixties, and carried on well into the 2000s. 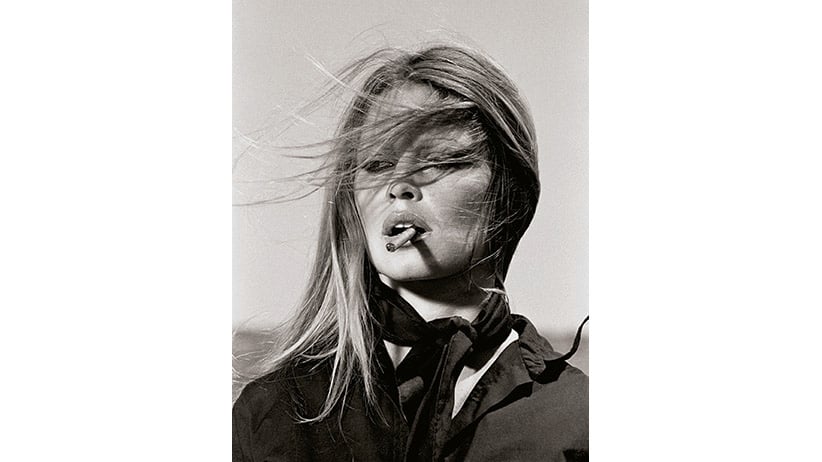 Brigitte Bardot, Spain 1971: "That was the last shot on a role of 35mm film. I had this great spot, I’d edged in when they were filming  [The Legend of Frenchie King] and I’m just waiting and I realized I only had one shot left and the wind blew, and I hit it. It’s going to make or break this picture. It took me three days before I could see the film, but when I saw it I was over the moon." Terry O'Neill/Iconic Images/Izzy Gallery

He’s not what one thinks of these days as a celebrity photographer. “The paparazzi are animals,” he says with a rare flash of vehemence. “They should all be shot. They treat people like animals. They’ve done more damage to photojournalism than anything else going.”

No, O’Neill is a gentleman of another era, who respected the subjects of his photos and who enjoyed near unrivalled access through a network of contacts and friendships.

It began in his early 20s when he’d hang around London clubs like Tin Pan Alley with the likes of the Beatles and the Stones. Truth is, in those early days it was a symbiotic relationship: he needed the work, they needed the publicity. Rock ‘n’ roll, after all, was still a novelty in the staid London papers. “A young guy could get their pictures in the newspaper. There’d never been pictures of pop people, so I was like king of the hoop from square one.”

He’d sit with the bands over drinks and wonder what they were going to do when their run of luck ended and they had to get real jobs.

He remembers the Beatles getting off the plane in London from New York in 1964, dazed by the mania they had inspired. “I mean, they just took the world by storm. They were four guys from Liverpool, which isn’t London, and they just had a great sense of humour and they just went along with it all,” he says. “It’s unbelievable to think that Paul McCartney is still singing and Ringo is still playing. We all thought once you reached 50 you’d be on death’s door.”

The Beatles led to the Stones, led to David Bowie and Elton John. The key was always building relationships, and never abusing a trust.

And luck, of course. Take the time he was heading home from his newspaper job circa 1964 and he passes a hospital where none other than an ailing Winston Churchill was being carried out in a sedan chair, waving a cigar to an admiring crowds. There’s a sad, lion-in-winter sense to the shot. “That was the last time he was seen in public. I just grabbed this shot, I had a camera with me. He was a great man, you know, incredible. Talk about lucky. He was a great showman. It was three months [before his death in 1965].”

His work carried him to the Continent, into the U.S., and into the world of the movies. Again, it was a different time. He had unfettered access and weeks on a movie set. “You were welcomed on film sets and by the people in those days,” he says. “They’d just as soon punch you in the face today, wouldn’t they? It’s just not that type of world anymore, and there’s no magazines like Life magazine, or any sort of decent magazine left to get pictures in.”

Talk about luck: back in 1965 he’s shooting Audrey Hepburn in St. Tropez, and a dove alights on her shoulder. Hepburn was unflustered; the bird was not. “I took the picture and the bird flew off. It was all done in a split second,” he says. “You couldn’t miss with her. She was the best woman I photographed.”

Well, then again, there were others, like beauteous Brigitte Bardot with a cigar in Spain. He had her framed perfectly, but he needed something more. A gust of wind blew her hair, and he caught it, with the last frame on his roll of film. “I hit it, it’s going to make or break this picture,” he knew. “It took me three days before I could see the film, but when I saw it I was over the moon.”

There was his friendship with Ava Gardner, who wrote a note to her ex-husband, Frank Sinatra, which opened a door to a notoriously mercurial and private man. “I worked on and off with him for 30 years,” says O’Neill.

And of course there was Faye Dunaway, and one of the most iconic photographs in Hollywood: the actress sprawled in a poolside chair, enigmatic, with the Oscar she’d just won the night before for the movie Network on a table, along with a pot of tea. The morning’s newspaper reviews are spilled on the deck at her feet. She seems to be contemplating all that had changed overnight, not quite sure what it means, or where it will lead.

He was shooting her for People magazine. “I’ve covered a lot of Oscar shows in my time. I always knew that picture you saw the next day of people holding up the Oscar smiling, that wasn’t really what was going on. And I knew that next day the penny drops, her money will go from, say, a million to ten million, she’ll get offered every script in the world. It’s the greatest gift you can give an actress to win an Oscar,” he says.

“I said, ‘If you win the Oscar you’ve got to let me do this picture, I’ve got this idea by a swimming pool.’ I used the Beverly Hills hotel where she was staying. I set up the whole thing. She just got up at 6:30, did the picture and went back to bed and that was it. And a few years later we got married, but that was another story.”

Their relationship developed into a love match, and three years of marriage. It didn’t take; he’s long since remarried. “I had it all there, didn’t I? Everything was going for me.”

These days, he says, there aren’t that many interesting stars out there he’d care to shoot, at least with a camera. They’re celebrities, full of insecurities but without that certain star quality. “I don’t do any retouching or things like that,” he says. “I hate it all. It’s a joke: [celebrities today] want to have all the approval, they want to approve all the pictures, all of the article. They might as well write it themselves. They’ve killed it.”

He’s not interested in digital cameras or Photoshop either. “A picture is about capturing moments, fractions and fractions of seconds. They just treat it like a film camera,” he says of digital. “It’s awful, it’s just not photography. A monkey could do it. And a lot of those paparazzi should be monkeys.”

Asked if there’s one person in the world he wishes he’d been able to photograph, and he grows a bit wistful.

“Only Marilyn Monroe,” he says. “What happened was when I first went to America I met this great girl and she turned out to be, believe it or not, Marilyn Monroe’s publicist, and I fancied this girl like mad, right? She said, ‘I’m not going to let you shoot Marilyn because she always takes the photographer to bed.’ I said, ‘I’m not really interested in that at all,’ Because I was busy chasing [the publicist]. What a fool!” he says with a chuckle.

A spot of bad luck, that.

FILED UNDER: Celebrity photography Terry O'Neill The Beatles The Rolling Stones The Vault