Saving Bonavista's architectural treasures, one building at a time

A man with a curious obsession and an unusual partner are reviving a tiny Newfoundland outpost, beam by beam 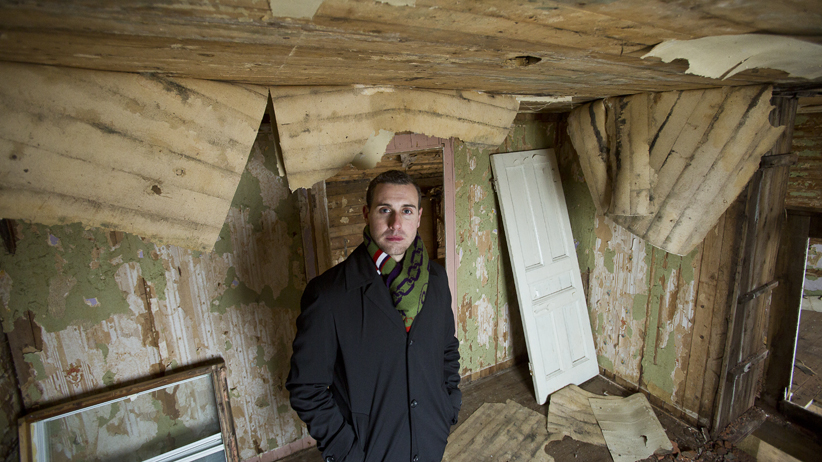 John Norman is the sort of hometown boy of which all good burghers dream. He didn’t grow up to find the old neighbourhood too small for his ambitions and to quit it for the Big Smoke. He went away to school, got bachelor’s degrees in science and education, and returned to remote Bonavista, N.L., with a mission hatched in his youth: to tend to his roots. He’s sat on council. He’s president of the chamber of commerce and the Bonavista Horticultural Society; he’s a figure-skating coach and heads more than a dozen different organizations or committees. And he runs a company, Bonavista Living, whose business is restoring his hometown’s remarkable built heritage.

Bonavista is one of Newfoundland’s grand old towns, situated near the end of a peninsula extending 85 km from Newfoundland’s northeast coast, pointing toward Greenland. (Icebergs calved there can be seen passing in the hundreds every spring.) It’s purported to be the landfall of the Venetian explorer and mountebank Zuan Chabotto (a.k.a. John Cabot), though the historical record shows with more certainty that Basque, Breton, English and Norman fishers started establishing seasonal stations there in the early 1500s.

Unlike most ports in Newfoundland, Bonavista isn’t backed up against steep hills or cliffs, so its houses are spread across a coastal plain without mind to the unforeseen coming of the automobile. The town’s architectural glories are the many halls, churches and family homes constructed by “master builders” between 1880 and 1910. A luckless century later, many of those hand-hewn wooden treasures had fallen into disrepair. A recent real estate listing showed a dilapidated home for $2,000.

Buying these old structures and lifting them out of their disgrace became Norman’s passion, one he’s parlayed into a local business worth millions. A few years ago, he and his wife, Leann Pardy, bought a Second Empire-style home built in 1886 and took two painstaking years to restore it. “Everyone had doubts when we started gutting it,” he says. “It looked like a disaster. I could see it, could see every feature in my mind.” By the time the vision was realized, he says, he knew “the first one wouldn’t be the last.” His company has since acquired and begun restoring some 25 structures of historical significance, once beautiful, now dilapidated buildings in neighbourhoods like Mockbeggar Plantation and Red Point. The CBC reported that Bonavista Living has already spent upward of $1.5 million doing so—a fortune in a small Newfoundland town—and plans to spend a lot more. (Norman will not discuss numbers.)

At 29, Norman is fit and trim, dark in an Iberian way, as if he were from Canaille, Bonavista’s one-time Portuguese quarter. There’s something steampunk about the man and his enterprise: microchips governing a Victorian machine. Pardy jokes that he should be driving a Model T—but it would have to be a hybrid rigged out with Bluetooth and autonomous parking. He gets away with a bowtie as few men under 50 can, and his sealskin ankle boots flirt with dandyism.

It was as a precocious youth that Norman commenced studying his town’s past; he volunteered with the Bonavista Historic Townscape Foundation when he was just 18. “People have given up walking with me,” he says. “They get tired of the non-stop heritage tour.” Putting that obsession to use, Norman began offering tours of historic Bonavista. During one such circuit in the summer of 2013, the enthusiasm he displayed so convinced Mark and Chantal Dickson that the holidaying Louisiana couple bought themselves a house in town. They soon fell for the place and its people. Mark Dickson is a principal at a 170-year-old family-owned pharmaceutical distributor, Morris & Dickson, an institution of Shreveport, La., and of its sister company, Sports South, one of the largest and oldest distributors of firearms and ammunition in the U.S. The Dicksons are well-heeled. Seeing the need to restore other properties, and seizing an opportunity to acquire them at a modest cost, they proposed partnering in a business with Norman. They would bring considerable cash, and Norman, his knowledge and boundless energy.

Outsiders with deep pockets buying up properties in town was bound to attract the attention of wary locals. And some in town came to imagine their properties were worth more than the market would bear—though the market settled that. Still, most fears were allayed early on, when it became clear Norman was driving the project, and his aims, and the Dicksons’, were not to make a museum or a twee summer getaway, but to fashion a place people call home—or, better, “the office,” “the shop,” or “the studio”—and to do so in February, when the surf pounding the breakwater and freezing spray reminds you this tough old seaport could never be Mayberry.

Other historic towns in Newfoundland have seen considerable rebuilding of their vernacular: Trinity, Brigus, Woody Point. But efforts in those cases have made them largely seasonal. In a place as far-flung, with so short a season, luring visitors can only be a part of a robust economy. Gorgeous vacation homes in a striking natural setting will be only part of the mix in Bonavista. To make the town itself more livable, Norman established Bonavista Creative to rejuvenate the core, to bring back the storefronts and encourage the street life that become the pulse of a place.

Norman isn’t alone in his vision. The former Harris Butcher Shop, purpose-built in 1920, was restored by the non-profit Bonavista Historic Townscape Foundation. “There were complaints,” says Norman. “People said the place was hideous, a tear-down, depreciating real estate values, had to go.” There is now general delight at the property’s exterior.

A workshop employing local craftsmen and established to build the traditional handcrafted windows and doors required for restorations has been inundated with orders from all over the island. Dion Waye, project manager at Bonavista Creative, explains, “There’s not many that know how to do it. It’s hard to tangle these guys up. They can take a pile of lumber and make some fine windows.” There’s now a 14-month waiting list. 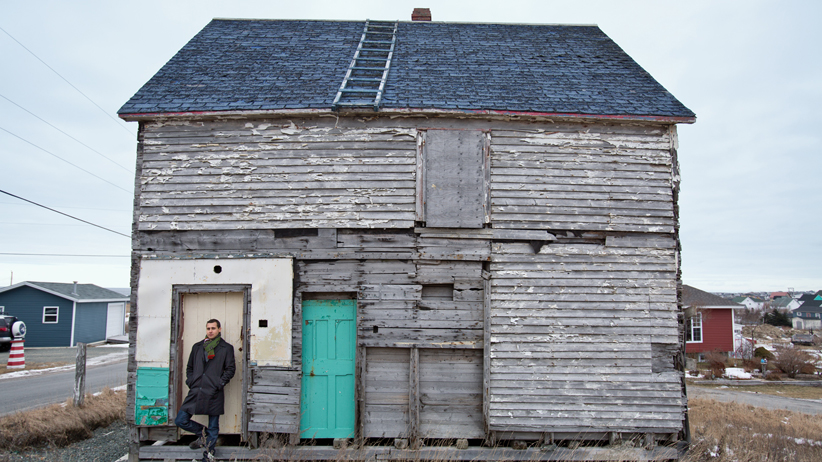 Bonavista’s inventory of heritage properties—more than a thousand of them—is second only to that of its one-time commercial rival, St. John’s. Waye calls Bonavista “a big town for a small town.” The greater goal is not increasing property values. It’s about restoring the pride of purpose to the town as much as it is about period ornaments above the dormers. “If I didn’t know this town’s history,” says Norman, “I wouldn’t know who I am.” And history, from the first Great War in Europe to the changes that came with Confederation and, finally, the collapse of the cod fishery— knocked the stuffing out of Bonavista. When the big houses fell into disrepair, mature trees in their gardens were cut down. The town sight was denuded, stark.

As it turns out, the benign neglect was sometimes a hidden blessing: Without an urgency to replace or rebuild, original features were left where they lay. Some were covered, clad in vinyl siding—“disguised heritage” buildings. Others, like the one Joseph Strathie designed and built in 1902 for the prosperous fisherman Henry Tremblett, now being brought back to life by Norman, were peeled and dulled, but of such craftsmanship and solid construction, they never bent, even with their faces to the gale.

The interior of Tremblett House is today down to its extraordinary bones; 115 years on, the lines are as true as when the house was built, the sturdy, finely decorated hinges still on the doors. It’s a testament to a time when obsolescence wasn’t planned but rejected outright. John Norman is no dogmatist. He shows the area that will be the exercise room, a feature hitherto unimagined in this house. He examines the glass panels framing the porch entrance of the front door: silvery, ivory-hued etched glass from Scotland, a delicate ivy pattern, made by a family friend from the builder’s own shire, fragile but unbroken.