The battle against Santa

In 2014, the secularists vs. religionists war on Christmas seemed to be finally over. The winner: Santa Claus. 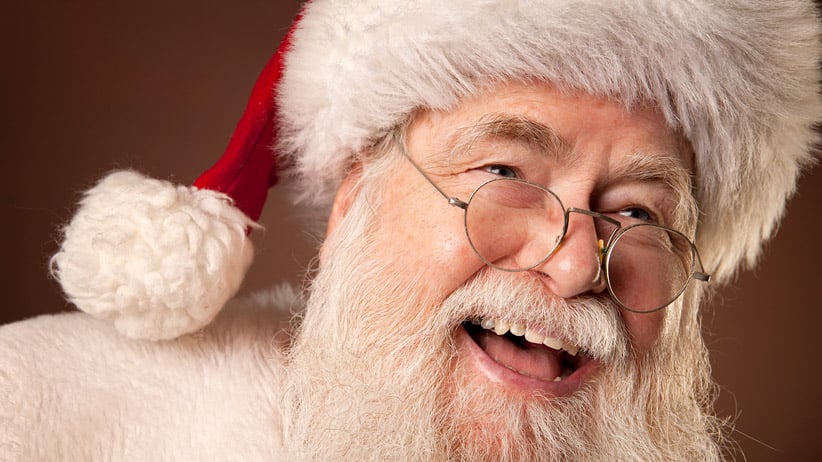 This article was originally published in December, 2014

For a decade, the war on Christmas has been a reliable outrage generator in the U.S. for its main protagonists, Fox News and the American Family Association (AFA), a conservative Christian pressure group, both of which have decried school boards kowtowing to parents who object to carols in their children’s “winter concerts,” or bans on religious-themed ornaments on official “holiday” trees. But this year, all is quiet on the Yuletide front, so far, either because it always takes a few days of Thanksgiving digestion before the guns of December fire, or, perhaps, because the war has simply petered out.

Even more murky is the question of who won. On the one hand, across America, state legislatures are renaming their seasonal conifers—some of which have been “holiday” trees since the 1980s—Christmas trees, and Christmas concerts are re-emerging from their “winter” limbo. The AFA, which annually issues a naughty-or-nice list hammering retailers who keep their staffs on a “Happy Holidays” rather than a “Merry Christmas” script, has seen Wal-Mart, Lowes and Sears—all former naughty-list headliners—join its very nice five-star group, whose employees now trumpet, “Merry Christmas,” as a Wal-Mart spokeswoman said, “early and often.” Wins for the Christian right, it would seem, at least if tying the birth of the Christ child ever more tightly to the seasonal orgy of consumerism—capitalism’s annual high-water mark—can be considered a victory for the AFA.

But the lack of resistance is telling. What actually seems to be happening is that Christmas is continuing down the bifurcated path it’s been on since Charles Dickens’s time. There is a religious feast centred on the birth of Jesus Christ celebrated by most Christians, and there is Western culture’s collective annual gift-giving/feasting holiday extravaganza with a particular focus on children. Both groups call it Christmas.

The war is finished and the winner is the last Christmas icon standing, the one figure who can credibly represent, if not the Christ child, both the good-will-to-men aspect and the frenzied consumerism: Santa Claus. Small wonder the big guy is bigger than ever.

Just ask Eric Kaplan, a self-described “philosophically trained, Buddhist-ordained, Jewish comedy writer” who is nonetheless happy to wish you a Merry Christmas when you have a Santa-centred conversation with him. An executive producer and co-writer for the hit series The Big Bang Theory, Kaplan is author of the book Does Santa Exist? Although most of his wildly funny and seriously thought-provoking treatise is about anything but Santa Claus—at heart, his book is devoted to proving, via excursions through (among other highlights) Monty Python sketches and Sarah Silverman jokes, that comedy beats any other approach to life’s contradictions—St. Nick did provide the genesis of it. Kaplan wasn’t raised to believe in Santa Claus and, when his son, Ari, was in kindergarten, he was likewise skeptical. Ari was set to go to the zoo one day in early December with his friend Schuyler, but Schuyler’s mother called it off. There were reindeer in the zoo, which would lead inevitably to a discussion of Santa Claus, and the mother feared Ari would let the cat out of the bag for Schuyler. That set Kaplan to thinking about the kind the emotional commitment that would sacrifice a child’s friendship with someone real, Ari, to preserve a relationship with Santa Claus, who was not.

Kaplan may well hold a different opinion, now that he’s worked his way through all the arguments. It’s a little difficult, to be sure, and depends on what a reader makes of the statement, “I think Santa Claus is a manifestation of the Limitless as it presents the Gentle Face,” which sounds promising for Santa’s reality. Kaplan elaborates in an interview. “It’s good,” he says, “when looking at the good things in human life, like gift giving, to look for a unifying principle. We all have a notion of a kindly face, an old white-bearded man, and that love is not expressed by buying stuff, nor by not buying stuff, unless we buy it for others, who also buy it for us.”

But why does a kindly old whitebeard come to mind? Because, as Kaplan suggests, parents aren’t protecting only their children’s innocence, but that corner of their own minds where belief still lingers.

Santa Claus has been marching to victory for a long time now. Across the northern hemisphere, where most of the world’s population has always lived, everyone marked the winter solstice with feasting, bonfires and gift giving. Among the Germanic peoples, the god Odin brought gifts to his people at Yuletide—a forerunner of Santa—riding up on an eight-legged steed reminiscent of Santa’s eight reindeer. (That’s before Rudolph joined the crew.) By early modern times, across Europe, that personification of the season had fallen to figures such as Père Noël in France and Father Christmas in England. The latter certainly resembled Santa in appearance—a venerable old fellow who encouraged everyone to eat, drink and be merry. 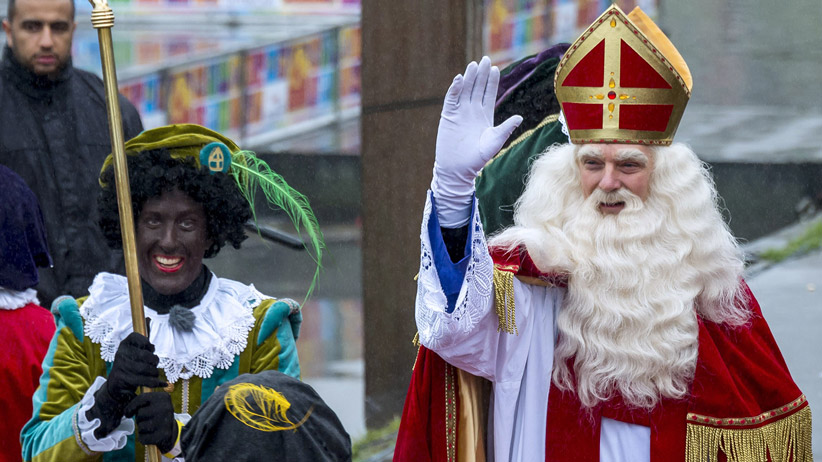 Father Christmas ambled along peacefully with older forms of Christianity, but fell afoul of Protestant reformers in the 17th century. That made him a central icon for the season’s defenders during the first war on Christmas— the one waged by Protestants against Christmas as traditionally known. The Puritans didn’t so much believe Father Christmas subverted the “true” birth-of-Jesus meaning of the season, as they abhorred the entire day and its associated merry-making. In 1647, England’s Puritan government, like Alan Rickman’s sheriff of Nottingham, actually cancelled Christmas. The same ban held in Puritan Massachusetts where, from 1659 to 1681, celebrating Christmas carried a fine of five shillings. (English resisters stubbornly decked their halls with ivy and wrote satires such as The Arraignment, Conviction and Imprisonment of Christmas, with poor old Father Christmas languishing in a dungeon.)

Protestantism, for the most part, eventually got on side with Santa and his predecessors—the AFA, like Fox News, loves him—but the idea that Christ and Santa Claus are antagonists in the struggle for the soul of Christmas was to have a long life. That’s exactly what the animated short Jesus vs. Santa, a precursor of South Park, aimed to mock in 1995, although the short acknowledged that both figures were susceptible to the statement that the true meaning of Christmas was being nice to one another. (The children, though, learned the true meaning is presents; even then, Santa was straddling the divide.) Now, Glenn Beck, perhaps sensing that Santa Claus is taking over in his Christ-like goodness, has invented a backstory for Santa that both subordinates the jolly elf to the true, religious hero of Christmas and gives him some rough edges: Beck’s book The Immortal, to be published in 2015, casts Santa as a hunter warrior who becomes Jesus’s protector-bodyguard.

But Santa actually came by his religious glow quite honestly. The secular face of Christmas began taking on more of religion’s idea of the holiday with the arrival in pop culture of Santa’s most important forerunner, an actual holy man, St. Nicholas. The fourth-century Greek bishop with a reputation as a secret gift-giver became a revered figure in Christendom, especially as a patron of children. His feast day, Dec. 6, became an occasion for giving presents to children, a population the other Christmas personifications did not single out. Holland took to him as Sinterklaas. New York, anglophone North America’s primary centre of cultural diffusion, was once a Dutch colony, and it’s there that Sinterklaas became Santa Claus.

As modern Christmas arose from various factors, none larger than a growing middle class with resources to lavish on its children, pop culture helped considerably. Charles Dickens’s tale of goodwill toward all, A Christmas Carol (1843), painted those who didn’t celebrate the day as mean-spirited. But Dickens didn’t have the same potential children’s icon that Dutch inﬂuence bestowed on Clement Moore’s 1822 poem, “The Night Before Christmas,” in which St. Nicholas, who brought good children gifts on Dec. 6, morphs into Santa Claus, who did the same on Christmas Eve.

Modern reﬁnements have actually been minimal: Santa is ever more pious, in the sense that in modern films, he is as depressed by mankind’s vices as any Biblical prophet; and punishment has been downplayed, much as Hell is in contemporary Christianity. Sinterklaas’s dark helper, Black Pete, used to dole out punishment to the naughty, but he has recently disappeared or changed his role in modern Holland, while instances of a North American child actually receiving a lump of coal are unheard of.

The result is the true lord of Christmas as it actually exists. Santa presides over the sole “religious” holiday, as Ellis Weiner writes in the book Santa Lives!, that penetrates secular culture (rock bands, he notes, do not “issue Yom Kippur albums or Ramadan singles”) and the sole holiday of any kind dedicated entirely to happiness and gift giving, as opposed to independence or witches and pumpkins. And who, Weiner asks, is “the gift-giver supreme, synonymous with happiness?” Exactly. Santa Claus not only exists, he rules.