The dangers of mail-in genetic testing 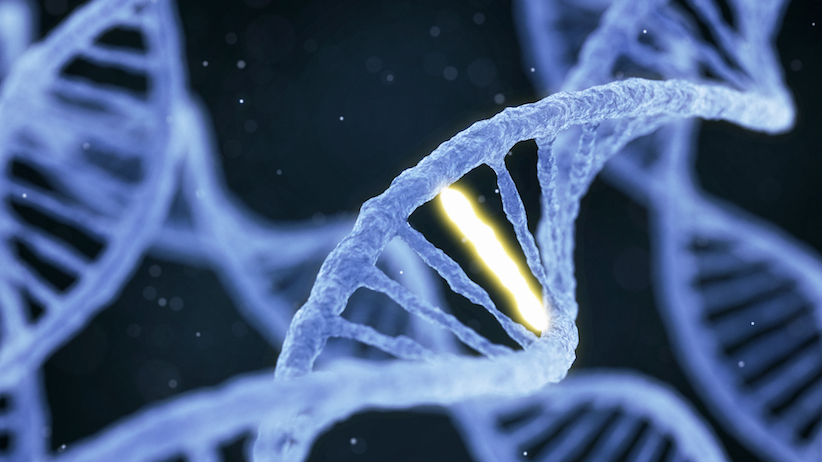 If you could have an early warning about your genetic risk of acquiring a serious disease or health condition, would you want it? For a few hundred dollars and a saliva sample, private companies will analyze parts of your genome and send you a report that quantifies your predisposition for conditions like Huntington’s disease and late-onset Alzheimer’s disease, and your carrier status for inherited conditions such as cystic fibrosis, Tay-Sach’s disease and sickle cell anemia. Armed with that information you could make lifestyle changes to lower risk, seek medical advice and treatment, and talk with friends and family about your plans for managing possible symptoms and outcomes.

But before we swab our cheeks and mail saliva samples to private labs, we should try to answer a few questions. Are we equipped to make sense of the test results? Could our misunderstanding produce more harm than good—for both individuals and society? How much should we worry about how DNA samples and report results are stored, used and shared now and in the future? As we consider these questions, what initially looks like a convenient and low-cost way to bring the benefits of genetic science to consumers begins to look more complicated and costly than anticipated.

Mail-in genetic testing kits have been available for sale in Canada for nearly five years, but were not approved for sale in the United States until very recently. While the U.S. treats them as medical devices requiring pre-market approval, provinces appear to view them as non-therapeutic products which are regulated, but not in need of pre-market approval. Initially, the U.S. Federal Drug Administration concluded that the data-heavy reports sent to consumers were confusing for the average consumer whose statistical literacy might not be up to the task of properly interpreting results. Although companies like 23andme have made substantial improvements in their customer reports—so much so that the FDA has approved the kits for sale—concerns about whether the service produces more harm than good remain.

Testing companies collect and analyze DNA samples by the tens of thousands, and store the results with data linked to specific individuals. Customers can be under no illusion that they have consented to the collection and storage of this information given that they literally swab their own cheeks and mail samples to the companies. There is certainly enormous potential for these companies to do further research with these data, which may produce long-term benefits.

Yet, there are privacy concerns. Although we have become accustomed to giving up reams of personal information to social media and insurance companies, giving up genetic samples and information to privately owned diagnostic firms raises unique concerns. At some point, might the information be sold to third parties—perhaps pharmaceutical or health technology companies interested in targeted markets for new products—or used for purposes other than diagnostic testing? It’s certainly something to consider before sending in your sample. Like norms and rules governing the use of data collected by social media companies, those governing collection, storage, use and sharing of DNA samples by private testing companies are still in flux.

Just as pressing are issues around the potential effects of mail-in genetic testing on individuals’ health and the sustainability of the healthcare system more generally. Dr. Stuart Nicholls, a researcher and methodologist at the Children’s Hospital of Eastern Ontario, notes that genetic testing is complex and that the average person will have difficulty interpreting results. Moreover, because the onset of a condition is influenced not merely by genetics, but by interactions among genetics, family history, environmental factors and behaviour, genetic test results will produce very incomplete—and arguably misleading—pictures of actual health risks.

In many cases, people are likely to misinterpret their test results, believing that they are at higher risk of acquiring certain conditions than they are. The anxiety this generates could far outpace the evidence of genuine health risks. Given how stress itself can negatively affect psychological and physical health, we should be skeptical of any technology with the potential to generate anxiety that outweighs aggregate benefit. Moreover, elevated anxiety will lead some people to seek unnecessary medical advice and treatment, thereby placing additional demands on already strained healthcare systems. One private testing company even advises customers to talk to a doctor if they feel “overanxious” about their results.

The hype and excitement about mail-order genetic testing is understandable. People want to know as much as they can about their health so that they can make informed decisions about how to take better care of themselves and their families. As the technology and diagnostic methods improve, the ability to achieve these benefits may improve as well. But when technologies have the potential to generate harm to individuals and society, with minimal evidence of compensating benefits, it is fair to require that a better case be made for their permissibility and adoption.

Daniel Munro teaches ethics at the University of Ottawa’s Graduate School of Public and International Affairs. Listen to The Ethics Lab on Ottawa Today with Mark Sutcliffe every Thursday at 11 ET. Find him on twitter @dk_munro