Why ice doesn't help an injury 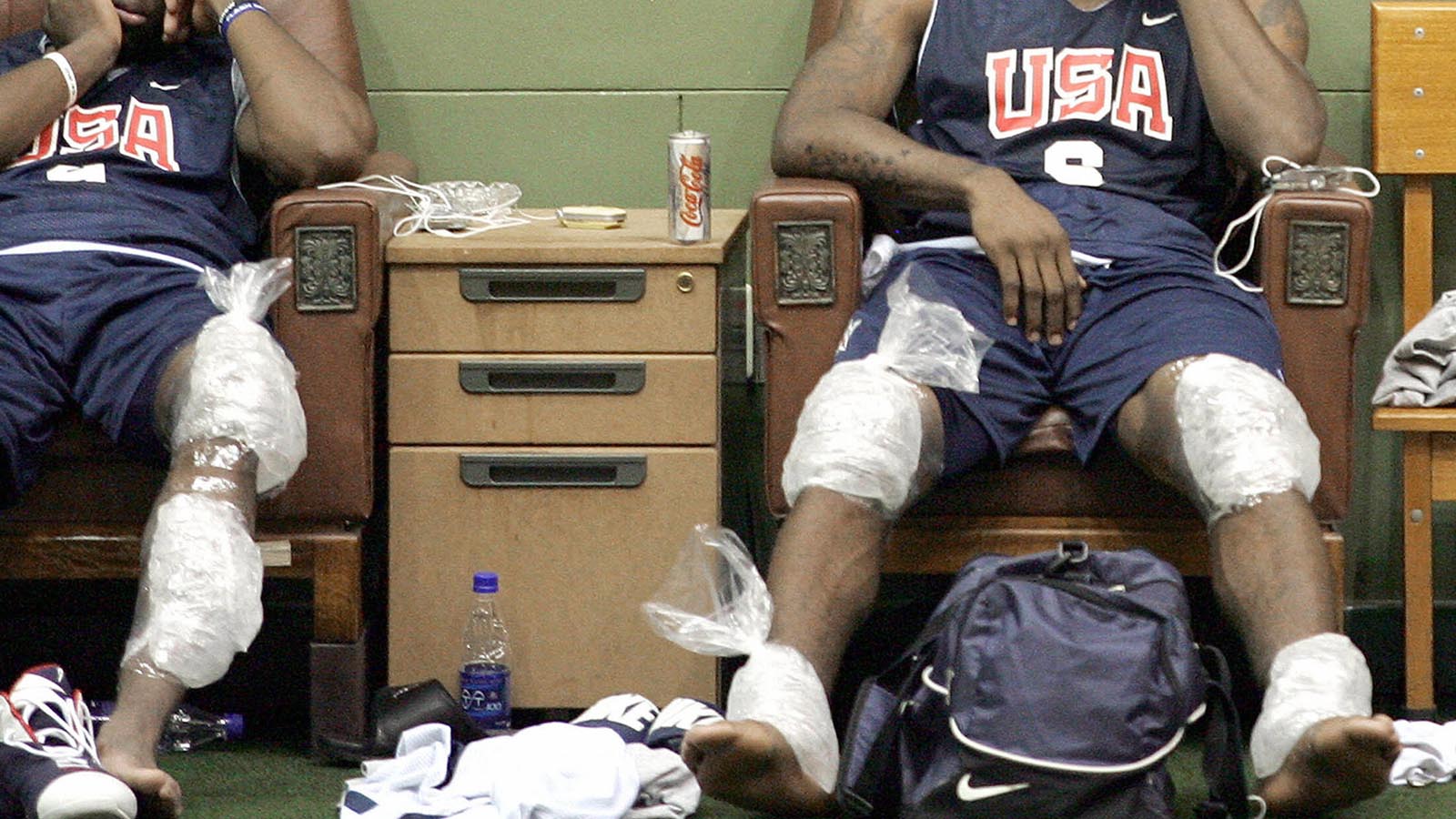 Gary Reinl has an ice pack at home that he’s saving for a special occasion. Despite decades of experience in the sports medicine industry, he’s not keeping it in the freezer in case someone has a sprained ankle that begins to swell. Quite the contrary. He is holding onto the ice pack for the day when no one asks for ice to nurse injuries. “My goal,” he says, “is to take it to the Museum of Questionable Medical Devices and have it displayed there.”

The first instinct of countless coaches and parents is to get a cold pack on an injury right away. Icing restricts blood flow to the area, which helps numb pain and keep initial swelling from getting out of control. But Reinl is part of a small chorus of voices trying to convince people that what they have believed for decades might be wrong. Years ago, he was exploring the literature to see how he could use ice more effectively when treating injuries, when he realized the research was inconsistent. “It didn’t make any sense to me,” he says. “I thought that, if everybody is icing, it must be good.” He has since written a book, Iced! The Illusionary Treatment Option, and dubbed himself “the anti-ice man.”

Research on the efficacy of ice is, in fact, more tepid than many might think. “Ice is commonly used after acute muscle strains, but there are no clinical studies of its effectiveness,” noted a 2012 study in the British Journal of Sports Medicine. Some studies say this practice could be counterproductive in the long run. “Topical cooling (icing) . . . seems not to improve but, rather, delay recovery from eccentric exercise-induced muscle damage,” according to a 2013 study published in the Journal of Strength and Conditioning Research.

And yet, since the late 1970s, medical practitioners have often treated an injury with RICE (rest, ice, compression and elevation). It’s an easy formula to remember: RICE is nice. The term was coined by Dr. Gabe Mirkin, a former assistant professor at the University of Maryland, in the bestselling Sports Medicine Book published in 1978. But even he has changed his mind. “Nobody believes in rest anymore,” he says. “You can get a hip replacement and you’re on the bike 12 hours after surgery.” As for ice, “there is no data to show that ice does anything more than block pain,” he says. “And there is data that shows it delays healing.” The mnemonic he made famous, however, remains prevalent. “RICE is just something that stuck—and it’s wrong,” Mirkin adds. “I’m partially responsible for this misinformation.”

Even top sports-medicine experts haven’t caught up to his thinking. Basketball superstar LeBron James is frequently spotted icing his knees after practice. The same goes for soccer players. Jake Joachim, head athletic trainer for the Vancouver Whitecaps, agrees there is a dearth of evidence about ice’s effectiveness. But, he says, “if there’s a tremendous amount of swelling, my No. 1 thing is to return function. Part of returning function is getting that swelling out.”

Dick Hartzell, author of Don’t Ice that Ankle Sprain, has seen baseball pitchers icing their shoulders. “It should be illegal,” he says. “The whole world needs to change on treating sprained ankles and bruises.” The 73-year-old invented the Flexband—a giant rubberband—that can be used for gentle resistance, or traction, exercises.

He has spawned believers. Three years ago, John Paul Catanzaro was trimming branches in his backyard when he rolled his ankle. “It’s almost a knee-jerk reaction. Something happens. Put ice on it immediately,” the certified exercise physiologist says. But he went against his instinct and thought to try something he’d read in Hartzell’s book. He got out a stretch band, rigged it to his chin-up bar and started doing simple movements for his ankle. The next morning when he woke up, there was no pain or restriction in motion. “It really opened my eyes,” Catanzaro says. “The worst thing you can do is put on the crutches and rest it.” Now when clients come to his training facility in Richmond Hill, Ont., with an injury, he tells them to forget about RICE. Instead, he recommends movement, elevation, traction and heat. It has its own memorable acronym too: METH. 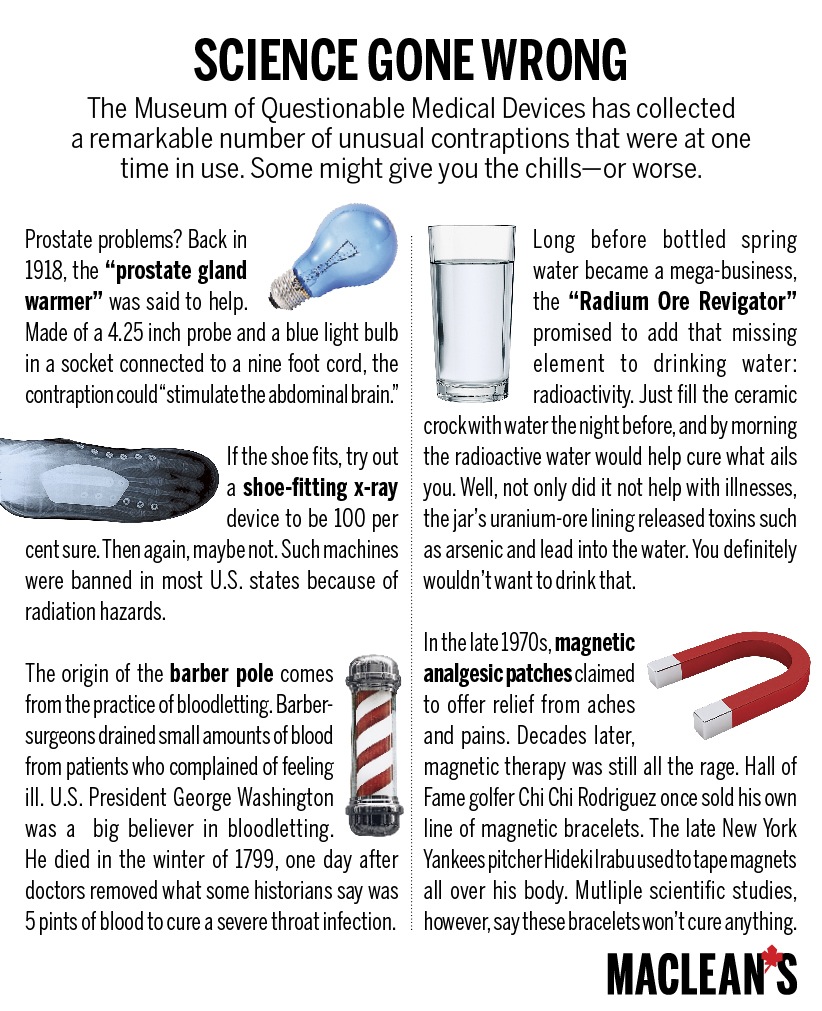