The Five Hole: Hey, let’s all get super mad at Connor McDavid! 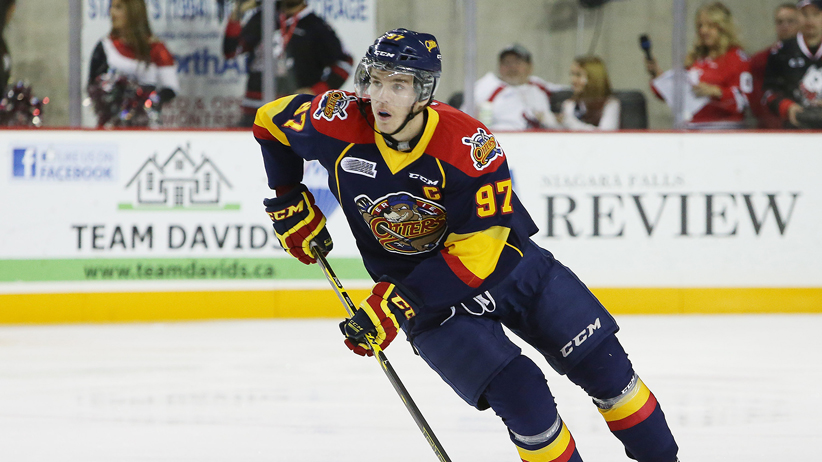 1. How furious are YOU at Connor McDavid? On a scale from incandescent to apoplectic, would you say you’re fuming? Enraged? Outraged? XLraged?? Commentators across the country are wagging their fingers, shaking their heads and active-verbing various other body parts in an effort to express how angry they are at next year’s presumptive No. 1 draft pick for dropping the gloves last night—and injuring his hand in the process. HOW DARE HE DO THAT THING THAT IS DONE IN THE SPORT HE PLAYS???

Please be advised: This will be the bone fracture that launches 1,000 unreadable think pieces on the future of fighting in hockey and the culture of machismo in sport. On the other hand, I guess sportswriters are totally justified in going overboard with the righteous posturing and moral superiority because this is the first time in history a 17-year-old has ever made a mistake.

2. Extra marks to The Hockey News for not only calling the fight “indefensible” but also ragging on McDavid for selfishly harming Canada’s gold-medal chances at the World Juniors. Hey, dummy – you have crushed the hopes and dreams of an entire nation. Do you feel even terribler now?? GOOD. P.S. Get well soon. Why stop there, Hockey News? There’s probably also a way to to blame him for climate change, the slumping loonie and the Lost finale. Really, McDavid – a stone cork that kept the island from imploding??

3. Listen, hockey is great and everything, and it’s got a lot going for it, but there are times when even the most ardent NHL fan has to step back and marvel at National Football League. Not simply because it’s the dominant sports league in North America. And not simply because Rex Ryan displays more charisma in a single press conference than all 30 NHL coaches could muster in a lifetime of post-game comments.

The NFL is unbeatably awesome because of headlines like this one from the New York Daily News: “Ben Roethlisberger denies Justin Bieber caused Steelers loss to Jets.” You see, the Steelers had been on a roll and then Bieber dropped in and visited the team during the week before the Jets game and… whatever. It doesn’t matter. What matters is that the headline exists and that elite athletes are being forced to take time out of their day to deny any influence on their performance by the mere presence of a 70-pound Canadian. Until the Columbus Blue Jackets find a way to blame their awful start on Taylor Swift and/or Grumpy Cat, there’s just no topping the spectacle of the NFL.

4. Hockey falls short of the NFL in another important area that would enhance the fan experience: the presence of intrusive, megalomaniacal owners. Where are our Daniel Snyders? Where are our Jerry Joneseses? The NHL’s overlords are so anonymous. Wouldn’t we all enjoy the sight of a meddling owner pulling a Jones and coming down to the bench during the third period to whisper in the ear of the head coach? I’m telling you: Don Cherry’s head would explode – though not before he snuck in a complaint about how little time he was being given for the explosion.

5. For those of you who don’t already know, I write a column in every issue of Sportsnet magazine. Here’s my piece from the current issue. It draws on my experience in having accompanied my sons on more than two dozen out-of-town hockey tournaments over the years. The first of five lessons I’ve learned: it’s really all about the parents.