The guilt and anguish of looking after elderly parents

Q&A: Elizabeth Hay’s new book bravely reckons with sibling tensions and filial love as she grapples with being a caregiver for her aging parents 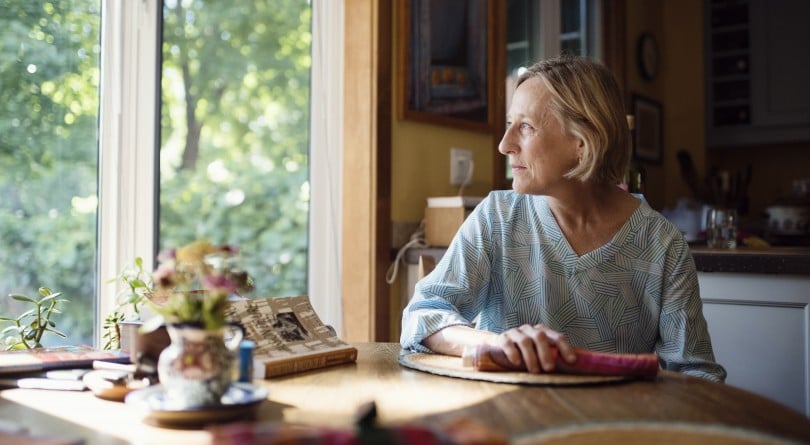 Author Elizabeth Hay in her home in Ottawa. (Photograph by Sarah Dea)

In November 2008, Elizabeth Hay, author of the Giller Prize-winning novel Late Nights on Air (2007), received the phone call that would upend her life—and not hers alone, but those of her 88-year-old parents, Jean and Gordon, her older brothers Stu and Al, and her younger sister, Jeannie. A visiting nurse had found Jean dehydrated and barely fed, unable to get out of bed, where she had been trapped for days by what turned out to be an infected knee. Gordon was at a loss and too distraught to speak with his daughter. “I’m very concerned long-term,” the nurse summed up, “about how they’ll cope at home.”

So was Hay. Living in Ottawa, a seven-hour drive from her parents’ home in London, Ont., she was still closer than her three siblings, resident in Montreal, Halifax and Mexico City. That evening, Hay travelled to London, setting off an intense episode of family life—exhausting, disorienting, often depressing and rife with ancient pain and grievances newly exposed—that lasted until the deaths of her father in September 2011 and her mother the following April. Hay has written about it all, with care and candour, in a remarkable memoir, All Things Consoled.

Q: Has this book been brewing in your mind since your mother’s death?

A: Not consciously. After finishing His Whole Life in 2014, I just couldn’t face writing another novel. So I thought I would put together a collection of short stories. I gathered up a bunch of things that I’d written already, some of which had been published and some of which were unfinished, and I thought I could rapidly have a story collection. I ended up with this oversized manuscript—and a lot of stories about my mother and father. When my editor saw this big manuscript she very astutely said, “The arc of this book is your parents’ mortality.” With her guidance a lot of the other material fell away, and the material with my parents came forward. I didn’t know whether what I had would be called autobiographical fiction or non-fiction or what, but I figured that would sort itself out.

Q: Does that mean you’ve been writing stories about your parents for your whole life?

A: There is some material in the book that goes back to when I was in my 30s. Now I’m 66. These were things that I didn’t feel I could publish while they were alive, stories about my father’s temper—that in particular—though it would have surprised my parents to know that I had any compunction about publishing anything at all! But in fact I did. And so in my 30s I had about 100 pages that I called “Living on Scraps” and there is a chapter in All Things Consoled called “Living on Scraps.” At the time I wrote them I was young, and I thought, well, this is real, urgent stuff that I’m writing here but I can’t publish it. That’s why I put it in a drawer, but it’s a good thing I did because being older now, I have a much wider view of my parents than I had then.

Q: Your parents also changed—they got older, too. What you’re writing is very personal to you and your family, but it’s also part of a major generational turn, considering what’s happening with boomers and their siblings and parents. Did you feel part of that larger story?

A: That’s actually always what I’m trying to do as a writer, hook into something bigger. I don’t know how aware I was, though, at first. I’m not really sure how aware I was of anything in the middle of caring for my parents. But the idea that in working with your material it opens up and becomes larger and connects with the bigger world is always what I’m after. And I was eventually conscious of it.

Q: Mike Barnes’s Be With, his book about caring for his mother through six years (so far) of her Alzheimer’s, releases on Sept. 18, the same day as your book. In it, he is polite but frank about the sibling issue, the family tension that arises over sharing the burden of caring for parents. Three siblings he won’t even name. There was tension in your family, too, and you are as cautious about it as Barnes was.

A: The book was more about my siblings in earlier drafts, but in the editing, as I saw this story of my parents come into the light, it was a matter of how much of me and my issues with my siblings should be in here. I didn’t want to cloud too much the stories of my parents. And my siblings are also all alive. It’s a great thing to write about people who are dead.

A: So much trickier to write about the living. And when I think about possible reaction to the book, I think it will be OK with a couple of my siblings and rockier possibly for the other one. I do worry about his reaction, but in the chapter called “Siblings,” I tread pretty carefully. But the siblings didn’t disagree about the approach to looking after our parents. Nor did the four of us fight about what kind of care my mother should get after my father died. The biggest problem for me, then and in writing the book, was dealing with my own resentment and self-pity over bearing the brunt of the burden despite having volunteered to do it. In order to maintain my own sanity and cordial relations with my siblings, I had to get over that self-pity, which took some doing.

Q: From the moment of that phone call in late 2008, you and your parents all started to feel unmoored from your lives as they were, that you were being plunged into something new.

A: Oh, wow, I wasn’t sure at all about what would come next. Everything was in such a state of crisis, and it was falling into my lap. It was inevitable. But it horrified me. And I remember my mother saying to me at one point, between her operations, “Are you sure you want to do this? This isn’t you.” I thought to myself, “You are so right. You understand that I don’t want to do this,” but I couldn’t say it aloud. I couldn’t say any of that out loud. And on we went, you know.

Q: When the crisis came, there was clearly a shared sense in the family, not fully articulated, that you would deal with it. You were closest, in the same province at least, and—in what is still, in sociologists’ terms, a gendered role—the eldest daughter. You were on the spot and willing. All that made you the one?

A: Yeah. I remember in a moment of bitterness sending an email to a friend about how this was always a daughter’s fate. She wrote back such a lovely email pointing out how crucial a role geography plays. The child who is nearest shoulders the main burden. That neutralized the situation for me.

Q: Among the many arresting remarks you record from your mother was, “The older you get, the closer your loves come to the surface.” She said that after contemplating her own portrait of one of your brothers. I was wondering if it was a veiled favourite-child reference?

A: I do not know if it was always clear to me—a huge thing in my life [has been] sibling rivalry, just huge—but by this time it had become clear to me that my mother loved her four children really quite equally. That wasn’t the case with my father. So when my mother said that, what I heard was her love for her children, for her own father, for my father, and her love for art, for her work. 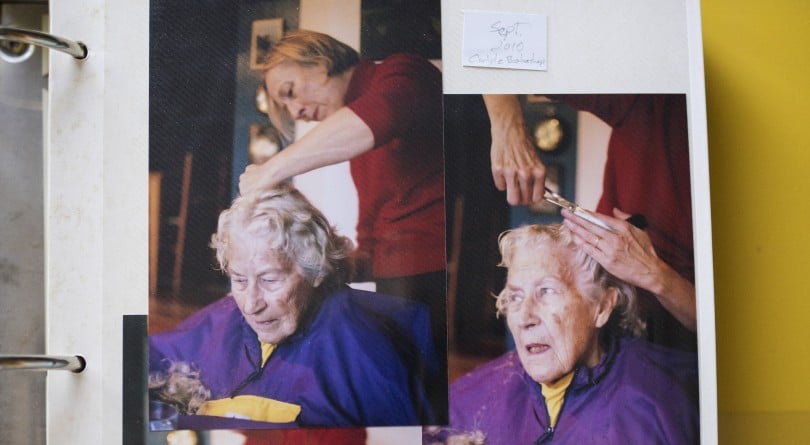 Q: Another friend recalled how her own sister complained about carrying a disproportionate part of the workload with their mother. Your friend’s response? “F–k off. You took it on. If you didn’t want to do it, why did you take it on?” And what it all boiled down to was that the sister felt unappreciated. Aside from responding that “feeling unappreciated is not nothing,” you seemed to find that bracing.

A: That’s right. I thought, “Wow, this is good. This is a splash of cold water in the face.”

A: Yes, yes! When you’re so deep in something, you need another perspective. And she was so blunt, she was just so blunt. What I wanted above all in that situation was an exit. I didn’t want to be feeling the way I did. And I wanted my brother and I to be on speaking terms again. And sometimes just sympathy [from your friends] isn’t all that helpful.

Q: After the experience of your parents’ last years, do you and your siblings have a different relationship than you once had?

A: There was one week looking after my parents when I was so wrung out at the end of it that when Jeannie came to the door to replace me, I just wept, and a big page turned. Any grievances I had felt toward her seemed so inconsequential. I was so grateful to her for coming to replace me that I thought the past doesn’t matter. I feel that my long-standing pettiness—and some justifiable grievances—have abated. With Al, I think we get along much better; with Stu, the eldest, I don’t see him too often now. A consequence of your parents dying is you don’t see each other as often.

Q: Does everything that happened, including that remark, mean you now think a lot about your own future?

A: I think a lot about how much productive time I have left and how I don’t want to waste it. And once I’m no longer productive and things are falling apart, I used to think—before I looked after my parents—that I would take measures. My parents were horrified by their last few years, by the loss of control. But it was and is so complicated. If one of them had died much earlier than the other there would have been a bit more room to manoeuvre. But my father remained to look after my mother, and when he died my mother was in no condition to control her own outcome. None of this is really foreseeable or very controllable. But I would hope that I would be able to exert some control. I remember hearing a doctor saying once how, for many old people, trying to die is like going through an endless barbed-wire fence. It’s cruel.