The 'invisible' in your office 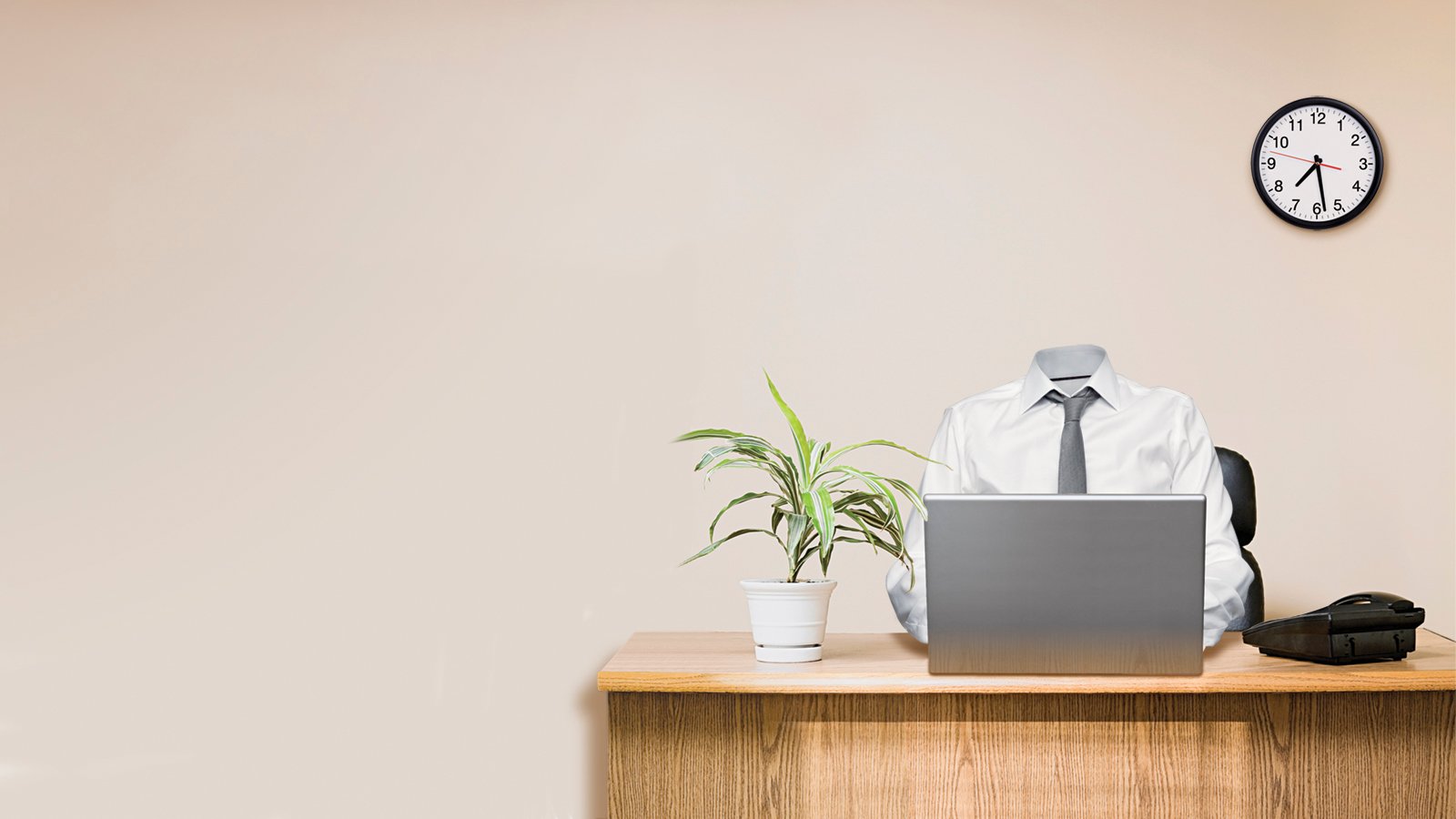 For five years, David Zweig was a fact-checker at magazines owned by New York-based publishing giant Condé Nast. Much of that time was spent at Vogue, the bible of fashion-forward Americans and a place where ego and ambition are known to roam free, usually in stilettos. (The Devil Wears Prada, after all, was written by a former assistant to Vogue’s fabled editor, Anna Wintour.) But Zweig’s job, while important, was very behind-the-scenes. Fact-checkers are the goaltenders of the magazine world, both because of their skill in backstopping writers and because they often have an eccentric, savant-like passion for detail. They will know where the umlauts go in the heavy metal band Mötley Crüe’s name, or if a new perfume can smell like “pink frosting.” It can’t, in Zweig’s opinion, but he was overruled.

Zweig came to realize that unless he allowed a mistake into the magazine, no one outside of Vogue would give his contribution a passing thought, despite the hours he’d spend on a story rescuing writers from errors and misspellings. “You never read a magazine article and say, ‘Man, that was fact-checked beautifully,’ ” he says on the phone from New York. “I realized that the better I did my job, the more I disappeared, yet oddly, I felt really satisfied and rewarded at the end of the day.” He came to realize he was at odds with the current zeitgeist, where even the most mundane act, thought or meal is celebrated, usually with self-serving emails, or selfies and posts on Facebook and Twitter.

He wondered what other highly skilled jobs “shared this sort of inverse relationship between work and recognition,” and what kind of people find their motivation in the work itself while preferring to shun the limelight. The result is his book, Invisibles: The Power of Anonymous Work in an Age of Relentless Self-Promotion. It’s an exploration of important people you’ve never heard of doing crucial jobs that pass unnoticed in daily life—unless something goes wrong.

He found at least three shared traits and other striking commonalities among a wildly disparate group of high-achieving invisibles, people such as: Pete “Plank” Clements, the lead guitar technician for the rock group Radiohead; Peter Stumpf, the piano tuner for the Pittsburgh Symphony Orchestra; Dennis Poon, the structural engineer involved in three of the five tallest buildings in the world under construction today; and Jim Harding, a “wayfinder” whose job it is to design the directional signage and environment for complex spaces such as airports or hospitals.

You might know Thom Yorke is the lead singer and guitar player for Radiohead, but Clements is, literally, the unsung man behind his sound. (Clements barely escaped with his life in June 2012 when a temporary stage collapsed at Toronto’s Downsview Park before a Radiohead concert, killing their drum technician and injuring three others—an extreme example of a spectacular fail by the invisibles who engineered and assembled the stage.) You might have heard of some of the architects, or “starchitects,” as Zweig calls them, who design the world’s megatowers, but Poon is the guy who ensures they don’t blow over. And if you didn’t miss your flight at some of the world’s busiest airports, you can thank Harding, or someone just like him.

What do they have in common? A strong sense of responsibility, a meticulous attention to detail and an ambivalence about recognition, says Zweig. “For all these people, when you think about it, they know the best they can do—the best—means that people aren’t going to think about them. How do they find their reward? That’s what’s fascinating. What I learned is that people have to find their reward through the work itself,” says Zweig. “When Jim Harding does his job perfectly, no one is putting things in the comment box at the airport saying, ‘I just wanted you to know I found my way around really easily, thank you.’ ”

Getting many of the people he bird-dogged and profiled to open up to him was a major challenge. When Zweig conducted a vertigo-inducing interview with Poon as wind whistled through the top floors of the Shanghai Tower construction project, the engineer always spoke of  “we” rather than “me,” though he is a world expert on tall towers. “If there’s anyone who’s earned the right to say ‘I did this,’ it’s this guy,” Zweig says.

Humility is common to many invisibles, he says. “They all tend to be master collaborators.” He interviewed a top-level anaesthesiologist, who could have picked any field in medicine but chose one where the patient will hardly notice him. If anyone gets a fruit basket from a grateful patient, it will be the surgeon. No one gives an anaesthesiologist a note saying, “Thank you for not killing me,” Zweig says.

There are high-functioning invisibles in all factions of the economy, and they operate almost in defiance of the prevailing wisdom that self-promotion and self-regard bordering on narcissism are the way to get noticed. “We’re told by all these marketing consultants that you need to raise your profile, build a platform,” says Zwieg.

He found a growing imbalance in the workplace. At its worst, it rewards narcissism rather than substance, drawing people to seek high-profile work, while important behind-the-scenes jobs go begging. “They used to work in tandem: the blustery American noise and the quiet dignity of the average person doing good work,” he says. “What I argue is that their balance has now been tipped. We’re far more focused on gaining attention for ourselves instead of doing the work. Ultimately, this is a personal and a societal detriment.”

Sandra Robinson, a professor at the Sauder School of Business at the University of British Columbia and an expert in workplace psychology and dysfunction, has noticed a similar trend. “You don’t have to have substance or integrity; you just have to go out there and be heard and dance with your arms waving a lot.” Such employees are also often a reflection of the speed and corner-cutting inherent in the modern cubicle world. “We’ve got to beat out the competition,” Robinson says. “There’s more emphasis on that, trying to game the system by looking good on a resumé.” Dominant personalities gravitate to high-profile roles, but they may not be the best suited to them. “We need people who have good leadership skills,” she says, “even if they don’t want to be leaders. They could actually be the introverts.”

That was an idea that writer Susan Cain explored in her 2012 bestseller Quiet: The Power of Introverts in a World that Can’t Stop Talking. Cain described the prevalent view of the ideal personality: “gregarious, alpha and comfortable in the spotlight”—extroverted, in other words—while making a compelling case for why the world actually needs fewer aggressive risk-takers and more thoughtful people content to work in anonymity. She’s now collaborated with the design company Steelcase to create a line of prefab offices, called “Quiet Spaces,” specifically designed for introverts in an open-concept working world.

As a teacher, Robinson, too, draws out the quieter students who add new dimensions to a discussion and often have more to offer than those who seek the spotlight. Businesses could benefit from doing the same. An unscientific look at the job site Workopolis.com suggests that companies generally look for dynamic, outgoing, sociable people. Typing “aggressive” into the job-posting search criteria recently drew 194 responses, versus 90 for “quiet”; “calm” drew 442 hits, versus 896 for “outgoing”; “efficient” had 2,505 hits, while “dynamic” scored 4,450.

But do invisibles lose out in the working world? Not at all, argues Zwieg, except in the dubious measure of gaining the spotlight and, even then, there are exceptions. Indeed, many invisibles reach the executive suites and even the CEO level. “An invisible ultimately isn’t about how much you’re seen. It’s really about an attitude and a mindset,” he says. “It’s ironic, but if your ultimate goal is being seen, the way to get there sometimes isn’t by seeking the spotlight; it’s by concentrating on the work.” Poon, the engineer, for example, is also vice-chairman of the board, and managing principal of the international engineering design giant Thornton Tomasetti Inc.

Even those who don’t get, or seek, the top jobs get their reward by excelling at the work they do. “Gaining attention is really over-rated,” says Zweig, “and that message gets lost when there are so many people willing to humiliate themselves on reality TV, and YouTube with its infinity of the banal.”

Zweig, a 39-year-old who spent his 20s as a professional touring rock musician before seeking the more interior life of a writer, sees the book as a vindication for those who step off the wheel of self-promotion. “They’re in every office and in every industry; they just want to be able to do their work.” Zweig will step off that wheel again himself, but first, there is a book to promote.