Mohit Bhargava runs the kitchen for Toronto’s COVID-19 Voluntary Isolation Centre. 'People who are quarantined for 14 days, it’s like they’re actually having a punishment,' he says, 'So let’s look at the food as a reward.' 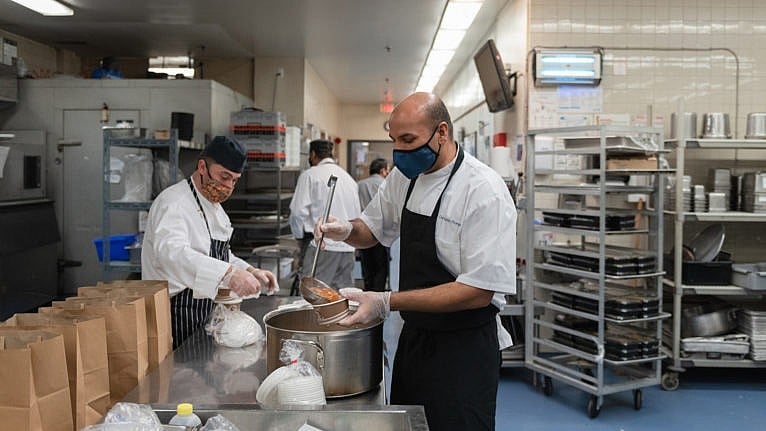 First, a light breakfast of cereals with milk and a muffin on the side. At lunchtime, a beautiful beet and orange salad, and a comforting minestrone soup. At regular intervals, snacks: trail mix or nuts, a granola bar, sometimes a bag of chips. For dinner, a hearty burger. (Or a vegan burger, depending on your diet.) For dessert, a date square.

That was the menu on offer the day Maclean’s caught up with Mohit Bhargava, who runs the kitchen for Toronto’s COVID-19 Voluntary Isolation Centre.

Before moving to Canada in 2018 and taking a job at a Toronto hotel restaurant, Bhargava served as chef at some of Dubai’s most luxurious hotels. His last gig in the metropolis, on one of its man-made islands, included preparing personalized meals for high-profile guests, the sort of patrons whose decadent suites were served by personal butlers.

Life preparing meals for COVID-19 patients really isn’t so different. “I’m still making food. I’m still making comforting, nutritious food. My whole idea about food is, you know, it has to be really fun,” Bhargava explains. “People who are quarantined for 14 days, it’s like they’re actually having a punishment. So let’s look at the food as a reward.”

READ: ‘I don’t want to stay another 10 days’: Life in Canada under coronavirus quarantine

That means aiming for lots of variety. There are diverse influences on the menu: Bhargava is originally from India; so is another cook, and a third is Portuguese, he says. Sometimes dinner is a chicken curry, or a traditional fish dish from Portugal. Sometimes dessert is a Nanaimo bar.

Bhargava is contemplating a “poutine day.” Anything, he says, to make patients’ doldrums of isolation a little happier. Although Bhargava hasn’t been advised of any birthdays, he stands ready to concoct a special treat if the occasion calls for it. Back in Dubai, before the pandemic, he had a few tricks up his sleeve, like celebratory, chocolatey, three-tiered French toast. 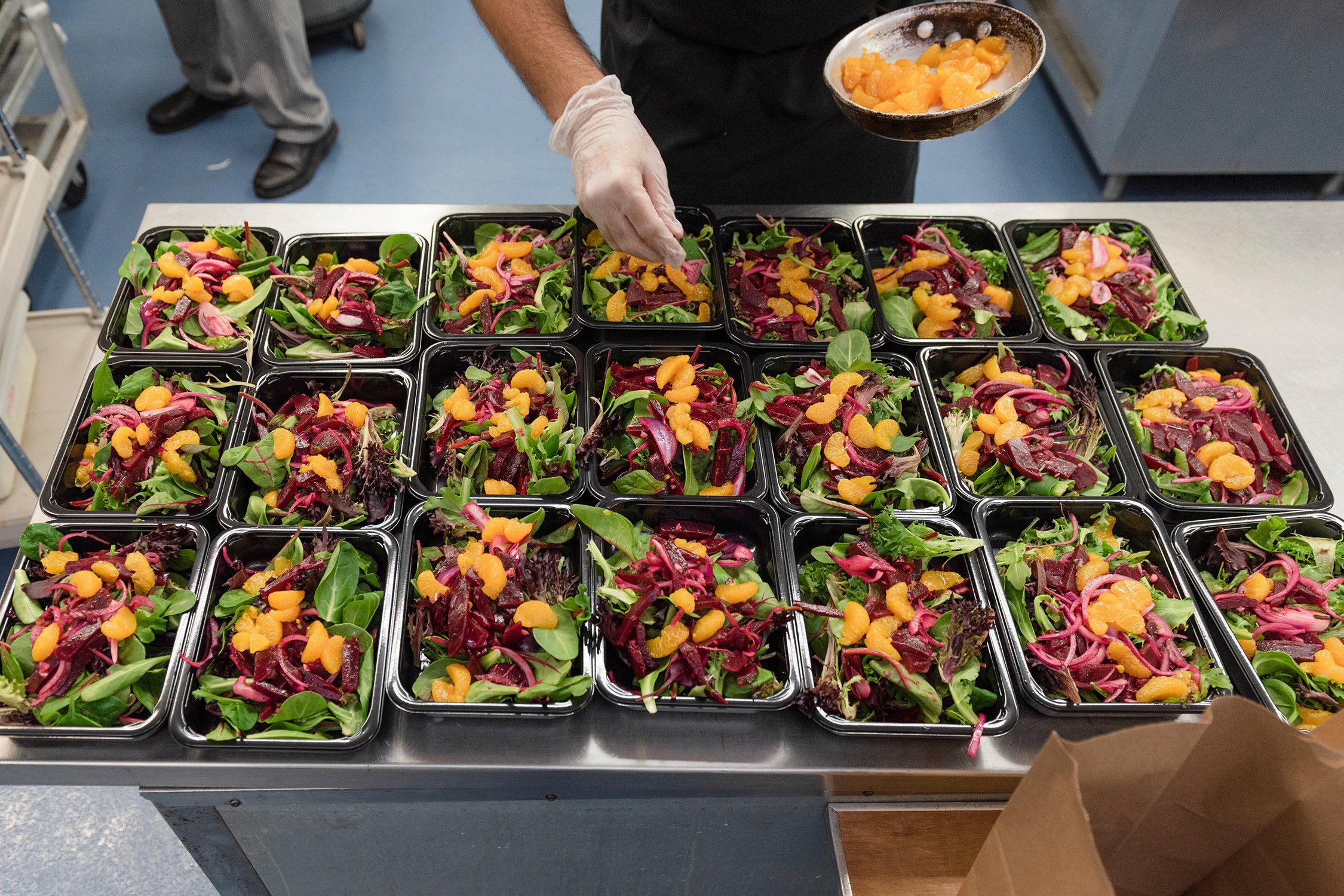 Considering that some residents are unable to smell or taste—a signature symptom of COVID-19—Bhargava has focused on making the dishes as beautiful as possible before they go into disposable packaging and are ferried away to patients’ rooms. People eat with their eyes, as the idiom goes. “If they cannot smell it, at least the nutrition, the comfort, the home-style meals they are given can evoke their senses.”

Since Toronto Public Health launched the isolation centre in September, 306 people have taken advantage of the program, which offers a safe place to ride out the infection away from one’s family or roommates, free of charge. Patients stay for an average of 7½ days each, alone in their rooms, getting Bhargava’s carefully curated meals in bags dropped off outside their doors, with the date and time written on the outside so they know it’s fresh.

As case numbers rose in Toronto after the holidays, uptake increased. In December, 89 people accessed the centre, says Sonya Bourgeois, Toronto Public Health’s associate director of strategy and preventative health. Another 84 people checked in during the first half of January.

READ: The bright side of self-isolation: All the pets who found homes

(Maclean’s is not identifying the location of the isolation centre at the request of Toronto Public Health, which is keeping that information confidential “out of the privacy and respect of those who are using the centre to recover from COVID-19.”)

Bhargava can’t remember the last time he had a peaceful morning. In addition to planning the menu and supervising the kitchen, there is a mountain of cleaning to stay on top of, there are ingredients to order, and there is inventory to assess; and all of this as he and his colleagues abide by physical distancing and PPE rules. If the sun is still up when he leaves for the day, Bhargava says, he immediately worries: “Have I missed something?” But then, that’s the life of any chef, he says.

There is no face-to-face contact with those for whom he cooks, but little moments of recognition regularly brighten Bhargava’s day. Like when staff comment on the delicious smells wafting from the kitchen. Or when a reporter, the National Observer’s Emma McIntosh, tweeted her compliments to the chef during her stay at the isolation centre. He had a slice of carrot cake delivered to her room with a handwritten note of thanks.

Although they work behind the scenes, Bhargava’s kitchen colleagues operate on the front lines of the pandemic, providing a service that, to people in the lonely depths of quarantine, can seem every bit as essential as a daily health check. (A brownie, he notes, will put a smile on just about anyone’s face.) His team is unafraid, he says, and happy to be back in the kitchen doing what they enjoy—keeping people as well-fed and well-comforted as they can.

But they do, he concedes, have an eye on the future. If isolation-centre guests find comfort in his dishes during their time of difficulty, they might be inspired to look him up later, when his hotel restaurant’s seats can be filled again. That would be the icing on the cake.

This article appears in print in the March 2021 issue of Maclean’s magazine with the headline, “Taking a bite out of loneliness.” Subscribe to the monthly print magazine here.