The real reason behind the great Cauliflower Panic of 2016

The crisis in the cauliflower economy was never about taste: it's a signal of something much more significant

When historians review the trumped-up “cauliflower crisis” of early 2016, sparked by a trebling of the vegetable’s price (from $3.99 to $8.99 in supermarkets) between late November and mid-January, they will locate its Canadian ground zero at the popular Toronto restaurant Fat Pasha. News that chef Kevin Gilmore was forced to remove its signature dish—an $18 whole roasted cauliflower stuffed with Halloumi cheese and topped with tahini, pine nuts and pomegranate seeds—was oft-repeated in news stories, becoming a metaphor for some sort of collective loss. It fed into a larger, unidentified if overblown panic seen in media and online chatter, reinforced by news trucks camped outside of supermarkets as if covering a crime scene.

Given the reaction, one would think cauliflower was the only food to have risen sharply in price recently. It’s not. Carmello Papia, produce manager of Toronto’s Fiesta Farms, reports kale is up 15 to 20 per cent, lettuces have doubled in cost, as have green onions, and the price of imported strawberries has risen from $3.99 to $7.99. But somehow cauliflower became the proxy produce for a deeper anxiety that’s more about the uncontrollable forces underlying the price jump than actual affordability—a Canadian dollar in free fall, the effects of gonzo climate change, and  recognition of the fragility of a grid that connects us all. Outrage over cauliflower surprises Papia. “Everyone can live without it,” he says. A far more dire food scarcity is under way in northern Canada, incidentally, where food prices have hit surreal levels.

Cauliflower, that food that in the West was once boiled into blandness and masked by cheese sauce, is the classic example of modern vegetable gentrification. Martha Stewart taught us how to roast it, but it was restaurateurs Yotam Ottolenghi and Sami Tamimi’s massively successful Ottolenghi cookbooks that made cauliflower—in its charred, roasted and spiced glory—a dinner-party staple reflecting urban cosmopolitanism. The idea that it was under siege, priced beyond easy access, even for those who think nothing of paying $6 for a latte, signalled a frightening new world order.  “Is cauliflower the new caviar?” fretted a reporter at TVO.org. 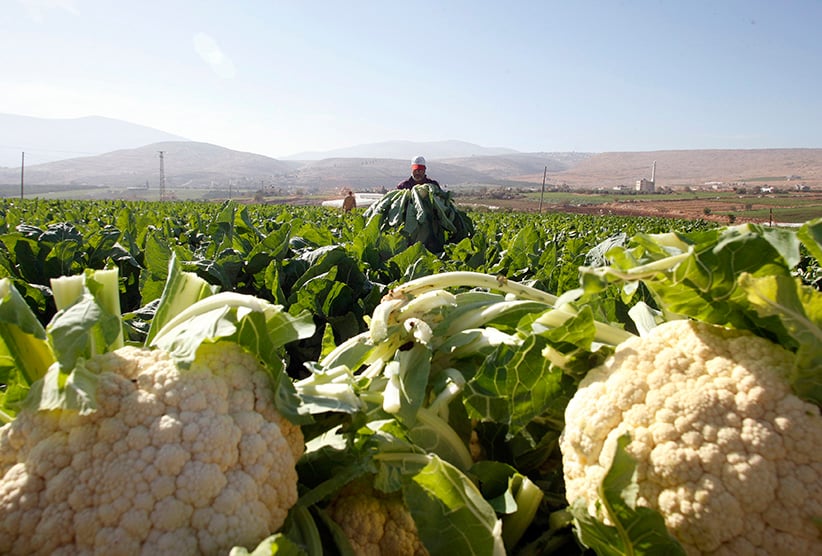 Yet the price of cauliflower has always fluctuated, and often rises (and even doubles) in winter, though not as dramatically as this year, Gilmore tells Maclean’s. He observes a herd mentality. “The price rose in November,” he says. “All of a sudden it’s, ‘Oh my God, the cauliflower!’ ” When Fat Pasha opened in spring 2014, they priced their cauliflower dish at $16 and lost money on it, he says, noting half of the cost is more expensive ingredients: “We took something inexpensive then topped it with dollar bills.” Importing is precarious, he says, more so given a five-year Californian drought which shifted sourcing to Arizona. Last year’s deep freeze in that state saw North American importers bringing the vegetable in from Spain. “We just said ‘no,’ ” says Gilmore. “We didn’t want to play any part of cauliflower coming from another continent.” Unwilling to raise the price of the dish, he replaced it with squash prepared in a similar way in November. First-time diners were angry, he says. “They’d say ‘We’ve been waiting two years, what do you mean we can’t have the cauliflower!”

By this week, cauliflower panic had abated. The bubble had burst, for now, with gleeful photos of “two for $4” cauliflower shared on social media. Fiesta Farms is selling conventional cauliflower for $2.99 a head, organic at $5.99. “I caught the market at the right time,” says Papia, sounding like a hedge fund manager. He was keeping a low inventory, watching quality rise, which indicated more product around.  The now-cult $18 cauliflower is returning to Fat Pasha’s menu on Friday. The experience has changed how they approach the menu, Gilmore says. “It’s starting to show what we need to do—doing squash in winter and sourcing locally. It’s a worldwide problem. California is just showing it more.”

Though cauliflower prices have fallen, the underlying fundamentals, as they say on Bay Street, have not. “I’m assuming growing conditions have improved, so the supply is better,” Papia offers, though it’s not quite clear exactly how that transpired. Gilmore is optimistic: “My importer told said that, barring an act of God, we should be able to hold a fairly sustainable cost.” Papia’s experience has taught him certainty doesn’t exist: “You get the warning day before you buy it. You can’t control it.” And that, not the price of cauliflower, is why people are so freaked out.