The unwavering embrace of Elise Couture

You don’t need to know much about hockey or love to appreciate the newly widowed Elise Couture.

For hour after hour in the days after the death of her husband, hockey legend Jean Béliveau, she has been there to embrace — and be embraced by — a hockey-mad city.

Couture and Béliveau were married for 61 years — a love story Elliotte Friedman writes about today at Sportsnet.

What impressed the young hockey star when he met his wife-to-be? “She knew absolutely nothing about hockey.” (In fact, it would be months before she’d tell her mother how her suitor earned a living.)

The Montreal Gazette wrote a piece on the couple’s 55th anniversary. “For more than a half-century,” Dave Stubbs wrote, “every time they’ve set foot outside their door, Jean and Elise Béliveau have belonged to the public. And hockey’s greatest ambassador and his wife have not missed a step, in sickness and in health.”

Watching Couture in these long and exhausting days, it’s clear she is still at work — taking care of friends, family and fans as she knows her husband surely would have done. 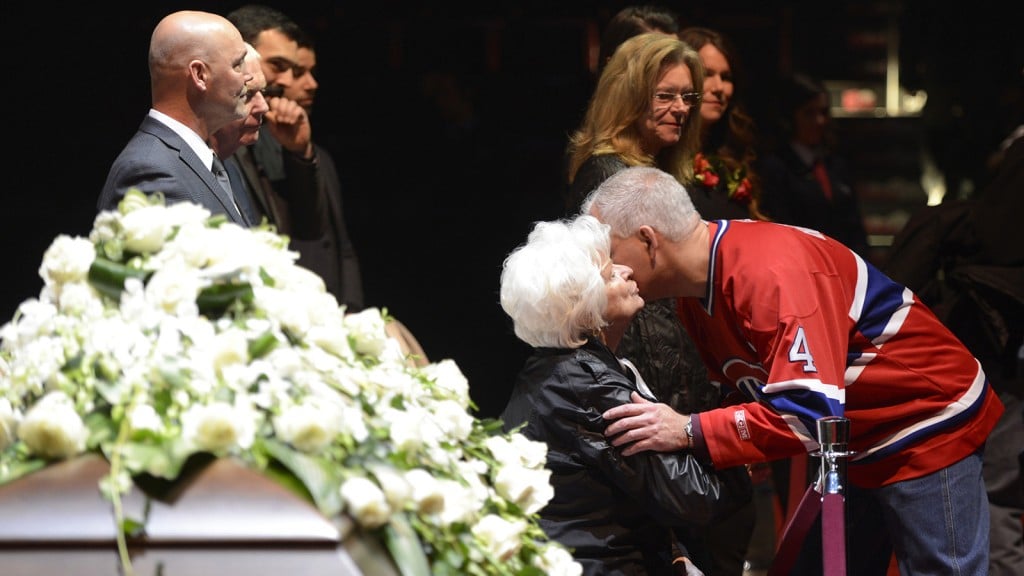 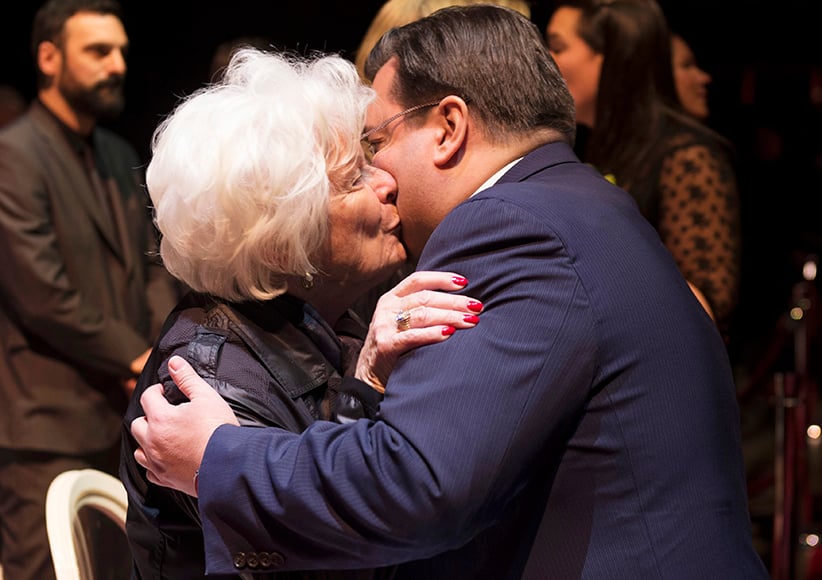 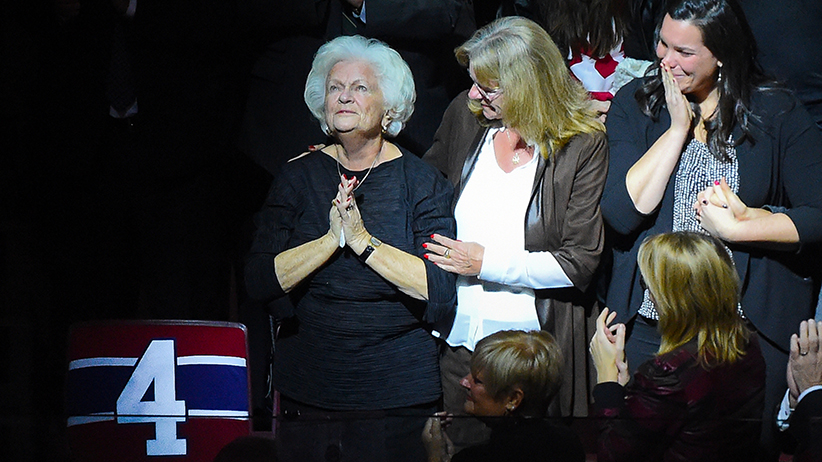 Elise was back in the spotlight Tuesday night when her husband was honoured during a pre-game ceremony. (Francois Lacasse, Getty) 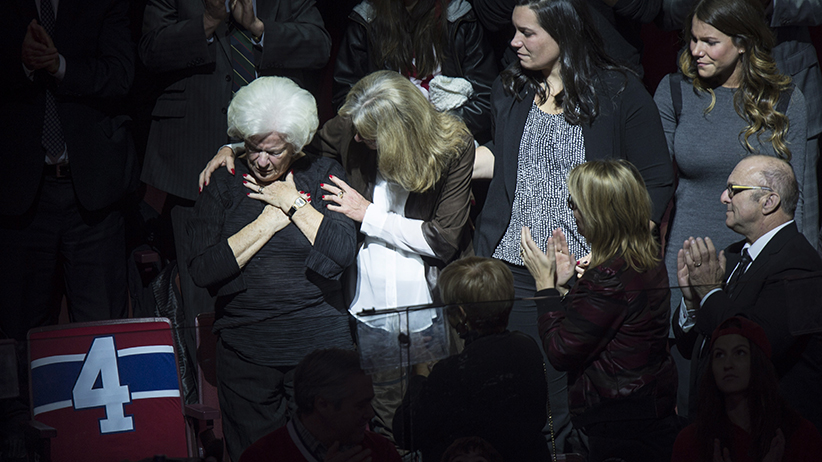 It was a moving ceremony for all those took it in — in the arena and on television. Here, Elise is consoled by her daughter, Helene. (Paul Chiasson, CP) 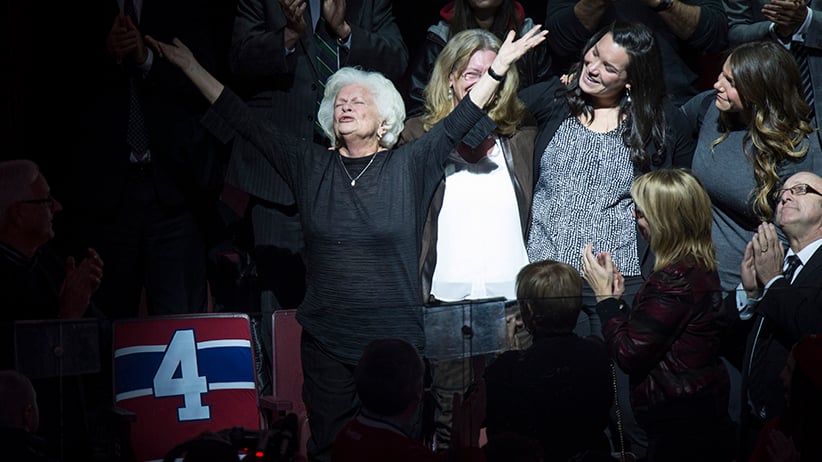 At the end of the game, the Canadiens gave Elise the game puck. Here, she salutes the hometown crowd. (Paul Chiasson, CP) 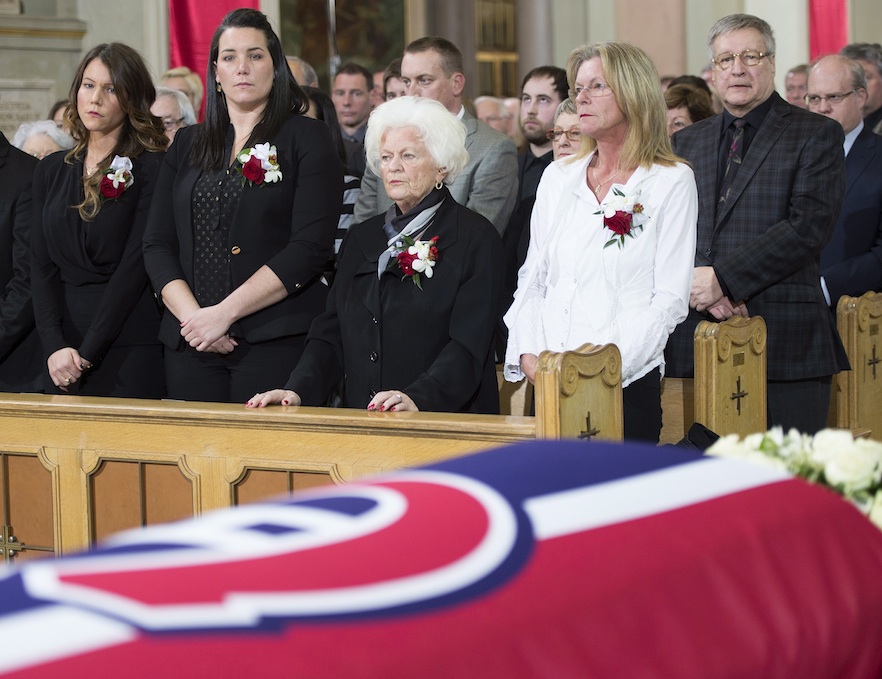 On Wednesday, Elise was surrounded by family at Mary Queen of the World Cathedral. Daughter Helene (right), and granddaughters Myklene and Magalie. (Paul Chiasson, CP) 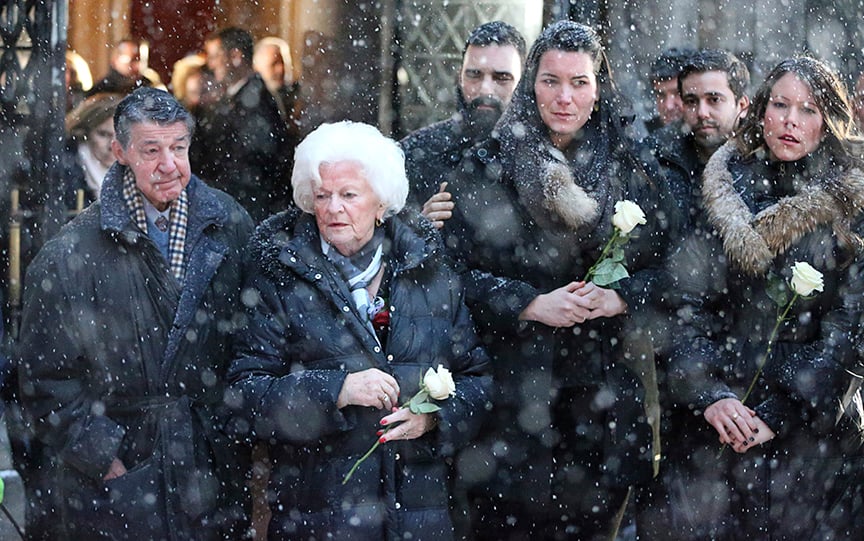