A ‘gift of God,’ she adored life and the outdoors. She battled leukemia, which she likened to a weed, with courage and grace. 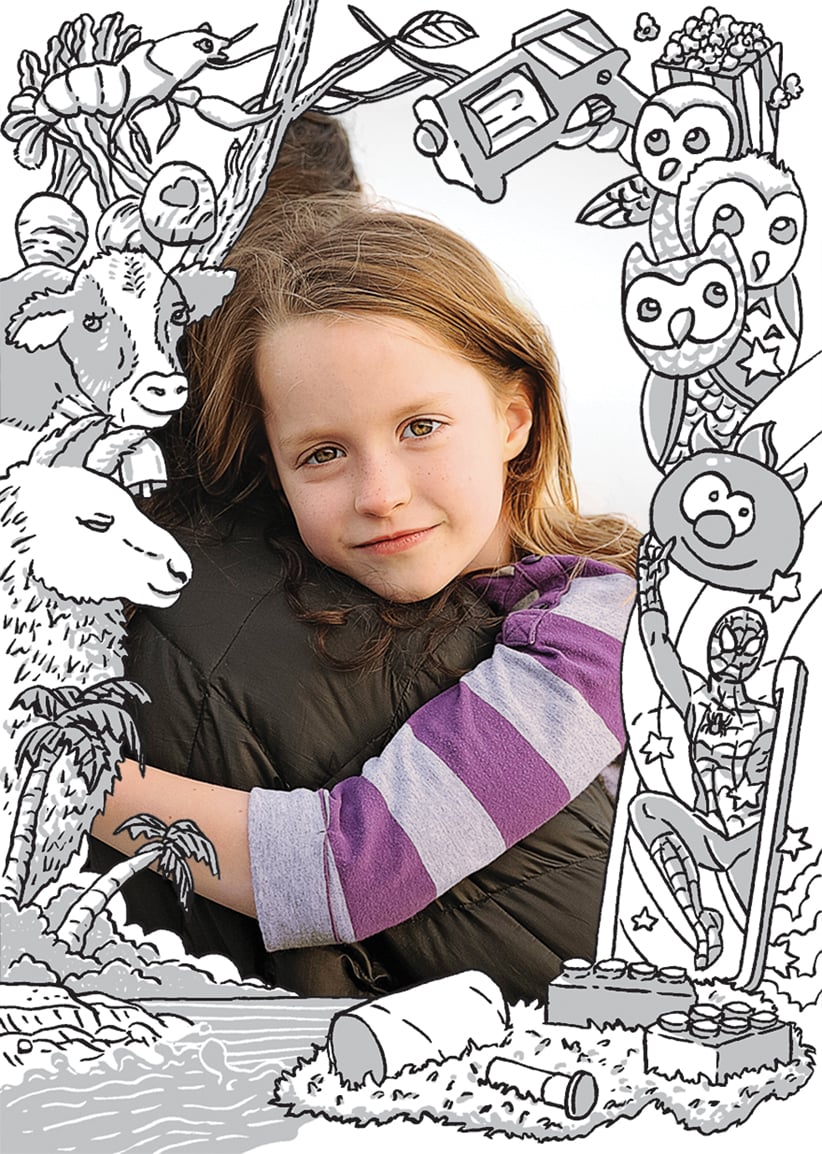 Thea Jeane Stewart Anderson was born on April 23, 2006, in Vancouver to Shauna, a lawyer, and David, a minister. She had two older brothers, Aidan and Noah.

The family lived on Bowen Island, B.C. Thea wasn’t baptized at birth but was dedicated to her father’s non-denominational church. Her name was derived from her grandmother’s, Dorothea, meaning “gift of God.” Instead of adding commotion to the family, baby Thea calmed it down. She would sit on a sheepskin rug before the fire, content to play with toilet paper rolls. “She brought the tenor of our home into a more peaceful place,” says David. The family soon moved to Surrey, B.C., where her parents worked with an environmental Christian charity, A Rocha. They shared an acreage with 11 other families, along with cattle, sheep and a llama. During church services, when Thea wandered up to her father at the pulpit and tugged on his leg, he would pick her up and continue preaching.

Like the superheroes she adored—Aquaman, Ant-Man, Spider-Man—Thea liked to help others. She befriended all life forms on the acreage. She named her walking stick “Stickity Stick” and identified twigs and branches as his descendants, down to Stickity Stick the 59th. With her brothers and best friend, Phoebe, she discovered a miniature island in a river full of crayfish and proclaimed the land “Craymalia.”

One Monday, in November 2014, all three children contracted a stomach bug. Aidan and Noah recovered the next day, but Thea ran a fever all week. When her gums turned bright red, then swollen, her grandfather, a physician, suspected gingivitis, then mono. After a rush blood test, he called David, crying. “It’s very likely she has leukemia,” he told David. “We were at the children’s hospital within 45 minutes,” says David. “We were there for the next eight months.”

By the numbers, Thea was in isolation for 192 days, met 60 oncology nurses and received five rounds of some of the most aggressive forms of chemotherapy performed on children. Her parents, who both took leaves of absence, drank 1,163 cups of coffee. They didn’t track the hundreds of hours spent rubbing Thea’s feet or stroking her cheek. Needles poked her every surface vein, and on the most traumatizing days—as the sun teased her from outside—the eight-year-old would seal the blinds and say, “Dadda, I just want to die.”

Beneath the Band-Aids and feeding tube, Thea was still herself. She nurtured three stuffed birds, Owlicious, Owlicia and Owlicio, and hid a Nerf gun under her blanket to snipe unexpecting guests. With her godmother, Rhonda Poulsen, she invented a 12-part handshake, involving a noogie, a kick in the shins and more than a hint of sass. When she got day passes to leave the hospital, she often went to a matinee movie, sandwiched between her parents.

Thea would apologize after screaming through injections, and watched episodes of Ultimate Spider-Man or VeggieTales to distract herself. “Her iPad was better than morphine in terms of pain management,” says Rhonda. Thea would pray each day and had psalms posted on her walls, thanking God for aspects of her life, from her Grandma Mimi to Lego.

In October 2015, biopsies showed Thea had been free of leukemia for 100 days. She returned home, living life alfresco, and made a wish for a trip to Maui. Yet, on April 8, a biopsy showed the disease was back, with no treatment except a highly unreliable experimental drug, for which they did not opt. Before going to Maui, the family attended a Christian conference, where hundreds prayed for Thea. She understood the disease by comparing bone marrow to a garden; cancer cells to weeds. “The weeds were growing so fast and thickly, they were killing the vegetables,” says David.

After the trip, as Thea began sleeping away days and even struggling to breathe, her parents felt summoned to baptize her. At 3 p.m. on Sunday, May 22 (the couple’s anniversary), they wrapped Thea in a sheepskin and brought her to the river behind their house. “We rolled her down in a vegetable cart,” David explains. When a pastor sprinkled water on Thea’s hair, the wind picked up. “The holy spirit was very present,” says Shauna.

Hours later, Thea was laying by the fireplace and said, “Go home now.” “She didn’t mean home as in her house in Surrey,” says her godmother. “She meant home as in heaven.” At 7:22 p.m., Thea died. She had just turned 10.

A Rocha has established a fund in Thea’s name.