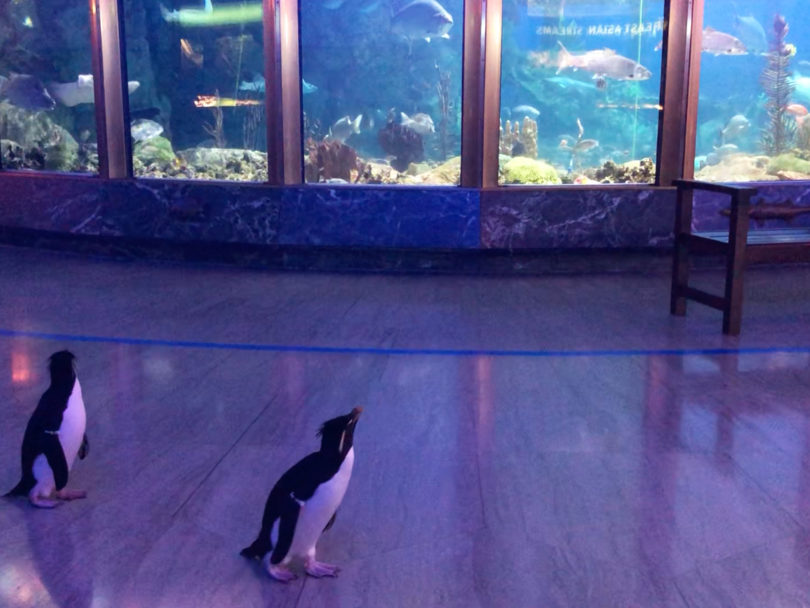 Edward and Annie, a pair of rockhopper penguins, explore the aquarium during its shutdown. (Courtesy of Shedd Aquarium)

With a whiplash-fast news cycle and deaths mounting by the hour, it helps to step back and appreciate the small joys brought to us by these strange turns in our daily lives. Case in point: staff at the Shedd Aquarium in Chicago, which shut down to the public on March 13, decided to let loose a few of their rockhopper penguins for a tour of the premises. The result? A wide-eyed waddler named Wellington became entranced by the Amazon exhibit, while a couple named Edward and Annie, who’ve bonded for the nesting season, explored most of the facilities the following day. With worldwide press and a literally captive global audience, Shedd will probably emerge from this pandemic with a stronger brand image than it did going in, so that’s another positive takeaway from this disaster, if you’re inclined to support their business. Never mind that an Australian aquarium has been posting similarly endearing videos of unleashed penguins for months already: as the saying goes, it’s all in the timing.