This family left their Toronto bungalow for rural Nova Scotia 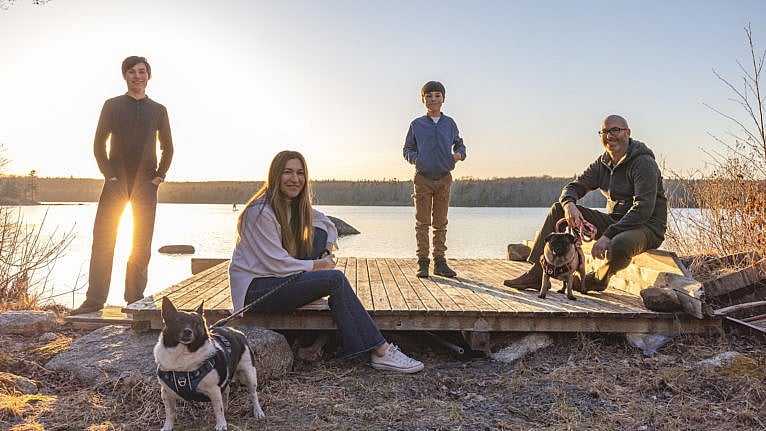 In 2015, when the family moved into their bungalow in Etobicoke, just west of downtown Toronto, they thought they’d found their forever home. It was the perfect size: three bedrooms, two bathrooms, a den that doubled as Nikolich’s home office and a spacious yard for the kids and pets. Nikolich and Cathcart both adore water, so having Lake Ontario a 15-minute walk away was a major plus. On weekends, the family kayaked in Port Credit and hiked in Milton and Orangeville. Their excursions even had a dedicated documentarian: Thomas, their photography-loving son, would often bring along his Canon DSLR.

For a place so close to Toronto, their neighbourhood was relatively quiet but still had city perks like coffee shops and restaurants. But over time, development made the area feel more metropolitan—and not in a good way. “A lot of townhouses went up, and traffic got very heavy,” Nikolich says. “The noise became really unpleasant, especially when I would sit in the yard trying to relax.”

A trip to Nova Scotia in 2018 planted the seed for an exit. The family toured the area around Halifax, replete with greenery and small-town Maritime charm. They fell in love with its tranquil atmosphere. At the time, though, moving was not a realistic prospect: Nikolich worked from home, but her job required her to stay in Ontario.

That changed with the pandemic. “We started thinking seriously about what we wanted out of life,” Nikolich says. “Tim and I are not in our 20s anymore, or going out every Friday. Some of our friends moved out of the city, too.” Eventually, the call of the wild proved too loud to ignore, and Nikolich got the go-ahead from her employer to work out-of-province. “One of the things I liked so much about the region was that you could feel very far from the city, surrounded by forests and lakes, while still being close to Halifax,” she says. In mid-2020, they started searching for their East Coast home.

The couple set a budget of $1.1 million and began looking for properties with the same three-bed, two-bath, convertible home-office setup as their Etobicoke home. Their first pick was promising, but it was a 40-minute drive from Halifax—a little further than they would’ve liked. They weren’t exactly devastated when another family bested their offer of $850,000 with one for $1.03 million. The second option, for which they also offered $850,000, didn’t pass the home inspection. As fate would have it, a new house hit the market that same day in a neighbourhood called Brookside.

It was a three-storey home with an open-concept main floor, three bedrooms and two bathrooms—their ideal configuration. Situated on three acres of land and backing onto a small lake, the home was surrounded by trees, on full display from the panoramic, mahogany-framed windows. It checked still more boxes: the Brookside property was close to elementary and high schools, and a short drive from the ocean. It was tricky to handle the back-and-forth of negotiations from 1,800 kilometres away, but Nikolich soon encountered a detail that convinced her it was meant to be: the original owners had a painting of a clown that looked uncannily similar to one Nikolich had in her childhood bedroom. “It just felt right,” she says. Nikolich and Cathcart put in an offer of $950,000 and sealed the deal. 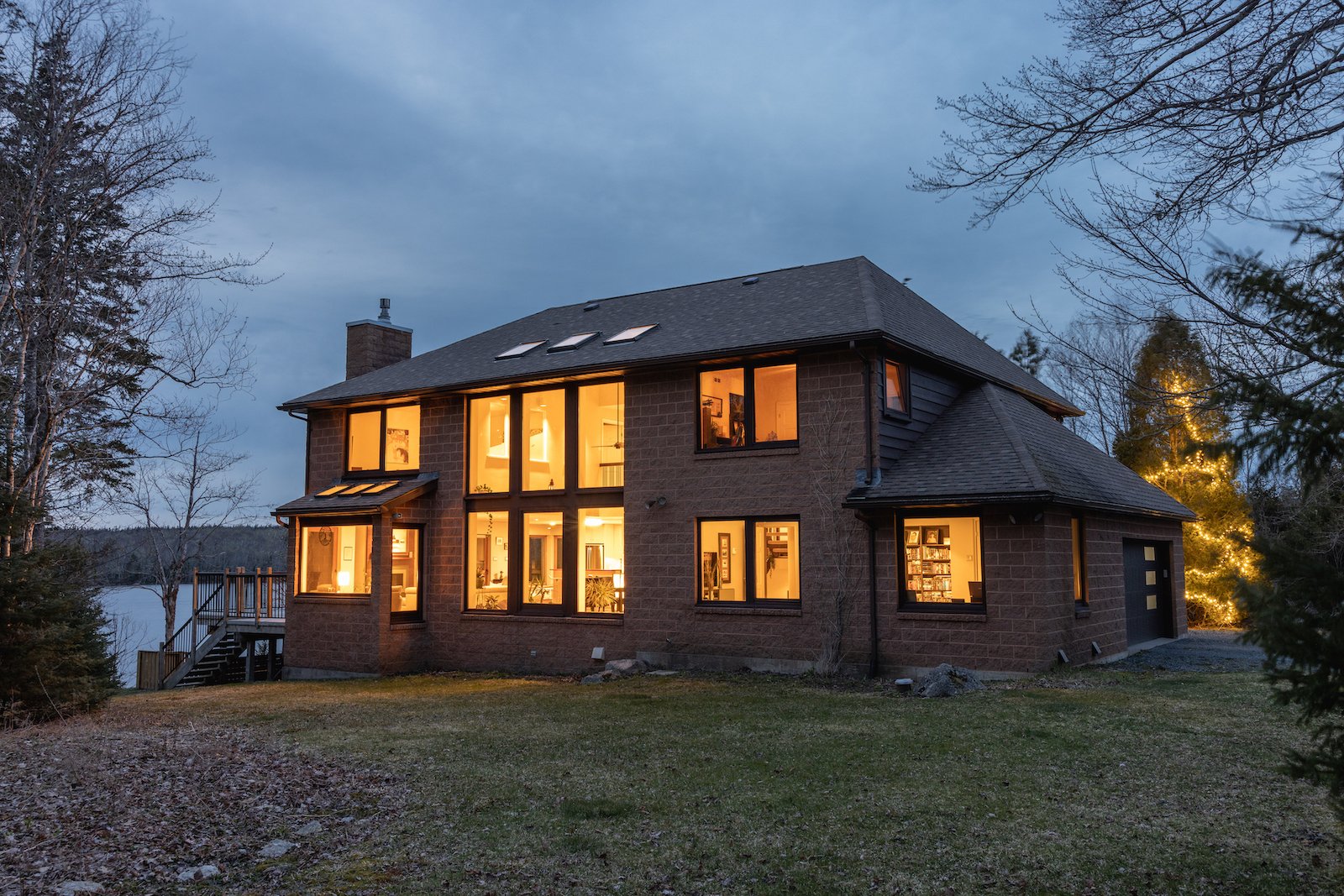 In March of 2021, the family left Ontario for good. The new house didn’t require any major renovations, but Cathcart quickly got busy repainting the front porch and some of the walls, and building a fenced-in area for the dogs. This summer, he has plans to paint the dock and build a rack for their three kayaks, which the family regularly takes out on the lake.

RELATED: To my mother: ‘It’s still strange that home, for both of us, is now a different place’

Nikolich says critter sightings are now an everyday occurrence. Recently, a bear visited their yard, much to the delight of Lukas, who loves animals. On one muddy hike to Duncan’s Cove, Thomas had a chance to snap a few shots of wild seals. Urban comforts are just a short trip away. “When I’m in the mood for Second Cup coffee, I take a 20-minute drive to Halifax,” Nikolich says.

The family is a long way from Etobicoke—and it suits them. “I saw fireflies at the window last summer,” Nikolich says. “I hadn’t seen them since I was a child. Sometimes, I’ll look out my window and spot an eagle or a deer and think, ‘Where have I been all my life?’ ”