Our fascination with tunnels has always been double-edged 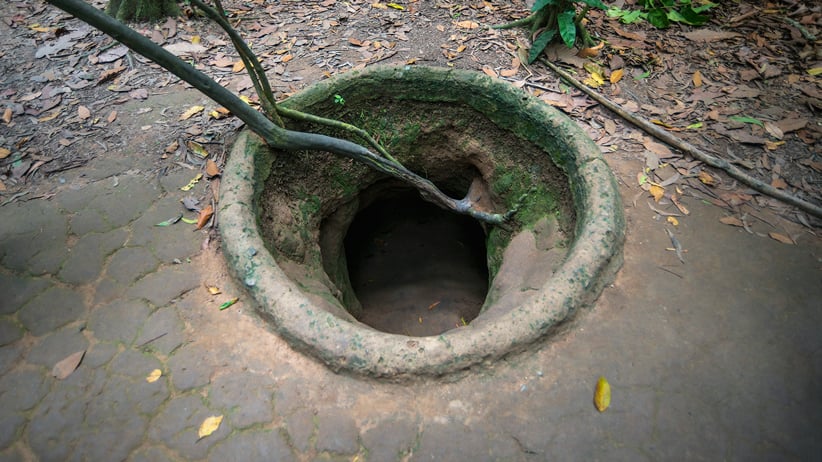 Passages to safety or to alien worlds, unseen breaches in our defences, places of refuge, suffocating traps: Tunnels are strikingly symbolic for humans, and our fascination with what may lie beneath our feet has always been double-edged. When British admiral John Jervis declared in 1801, “I do not say, my Lords, that the French will not come. I say only they will not come by sea,” he was both expressing his confidence in the Royal Navy and giving voice to his compatriots’ raging paranoia that Napoleon was busy building an invasion tunnel under the English Channel.

The allure of tunnels usually reigns supreme. When we watch every inch being dug—consider the tunnel that actually did link France and Britain in 1994—we admire the engineering and the scale of the industrial achievement. Tunnels with a criminal past, as long as it’s safely past, are romanticized: 100,000 people a year take the Tunnels of Moose Jaw live-action tour, joining actors on an excursion through the underground passages used by bootleggers during Prohibition. (Caution: “Families with young children should be aware that there are some loud noises and ‘surprises’ along the way.”) And from a contemporary vantage point, most people hope the three prisoners, never again seen, who used their spoons (!) to tunnel out of Alcatraz in 1963 made it to the California mainland rather than, as the FBI concluded, drowning in San Francisco Bay. Even tunnels that were once crucial military assets for a tough enemy can now host tours for visitors whose countrymen not so long ago found them places of terror. Vietnam’s 121-km long tunnel complex at Củ Chi, 70 km northwest of Ho Chi Minh city, formerly home to Viet Cong fighters, is now a popular tourist attraction, where visitors can crawl around in the safer parts. Some tunnels have been made larger to accommodate Westerners, and—of particular interest to Americans—there’s a shooting range where Vietnam War-era weaponry can be fired.

When tunnel builders and their purposes are utterly lost to memory, their works are even more beguiling. There are more than 1,500 Erdstalle sprinkled across Central Europe, 700 of them in Bavaria alone. They are short (usually about 50 m), cramped (one to 1.4 metres high and only 60 cm across) tunnels with only a single entrance, which can be located anywhere from an old farm kitchen to the middle of a forest. They have been swept clean to an astonishing degree, with virtually no artifacts ever found in one. Only the coal left in fire pits allows the Erdstall to be dated to the Middle Ages, when they were somehow constructed without Church or State noticing—not a single written text mentions them. Scholars currently lean to a secret, non-Christian religious purpose, while locals call them dwarf or goblin holes; tours, naturally, are available for those with a high tolerance for tight squeezes.

But a tunnel, complete with electrical power and drainage hose, constructed in the past few weeks, not just under our feet, but under our noses, not far from where large Pan Am Games crowds will be gathered in a few months? That’s just as fascinating, but, running through the massive media attention, and all the jokes (former Toronto mayor Rob “Subway” Ford at work), was a clear note of unease. No one has yet come up with a plausible suggestion, benign or otherwise, why at least two people would have invested weeks of work, some of it during a bitterly cold winter, to construct a 10-m long, 2.5-metre high, one-metre wide buttressed tunnel to nowhere, that is nonetheless very close to Toronto’s York University and the Rexall Tennis Centre. Or, most intriguing of all, why someone would leave behind a rosary, with Remembrance Day poppy attached. It’s too soon to guess whether the tunnel will remain as mysterious as an Erdstall—some engineering student with more time than sense on his hands may fess up—but there won’t be any tours. The police filled it in.