Two-point conversion: How the CFL is wooing American viewers

The 103rd chase for the Grey Cup has begun. But here's a new twist: One in 10 Americans say they follow the Canadian Football League 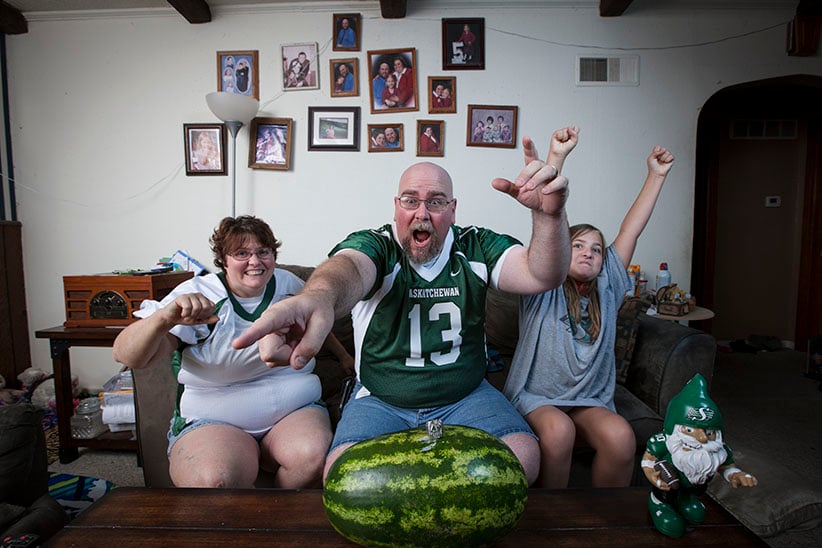 Joe Pritchard tweets way too much about the CFL for a guy born, raised and living in Wisconsin. At least, that’s what his Twitter bio says.

Growing up in Chippewa Falls, the 32-year-old says his first exposure to Canadian football came when he was a child and his grandmother gifted the family with a VHS tape of CFL highlights. Without much on TV back then, it was put in rotation alongside a few tapes of the NFL’s Green Bay Packers. Then came the CFL’s expansion into the U.S. in the mid-1990s, and Pritchard adopted the Baltimore Stallions as his team. When the Stallions won the 1995 Grey Cup, they were among five American franchises in the CFL, but never got the chance to repeat as champions. After three years, the experiment with U.S. teams ended.

“It was fun to go on that ride for a couple of years, and then it was gone,” Pritchard says. “I didn’t want to lose that connection, because I really felt something those couple of years.”

Pritchard followed CFL game reports online and listened to radio play-by-play. Finally, in 2006, he took his first trip to Canada, driving nine hours from Eau Claire, Wis., to Winnipeg and on to Regina for the Labour Day game. The hardest part of the trip wasn’t cheering for the Winnipeg Blue Bombers among the packed Saskatchewan Roughrider crowd, but, rather, convincing Canadian customs that, yes, he was crossing the border alone just to watch a CFL game. “Everyone was terribly polite,” he remembers, “but they really questioned my story.”

As the quest to become the 103rd Grey Cup champion begins, it should come as little surprise that more than one in four Canadians follows the CFL, making it the second-most popular sports league among Canadians (behind hockey), according to a recent Canadian-American sports survey conducted by Vision Critical and University of Lethbridge sociologist Reginald Bibby. What might turn a few heads, however, is that 10 per cent of Americans, according to the survey, say they follow the CFL either “very closely” or “fairly closely.” So, while Pritchard might not see three-down football get priority on TV at his local bar—Major League Baseball, pro basketball, NASCAR, pro golf and tennis are all more popular in America—he is far from the being the lone CFL fan in a football-obsessed United States.

It’s virtually impossible to have a TV in America and not be able to find anything football-related to watch. There’s the 24-hour NFL Network, college football, high school football, and even the Arena Football League. So why would one in 10 Americans follow Canada’s version of the game? “It’s still football,” says CFL Commissioner Jeffrey Orridge. “It certainly satisfies an appetite for live sport when other sports are not in season in the U.S.”

Related: The lonely quest of the CFL’s chief statistician

Born in Virginia, Matt Lalor says he had two choices growing up: “Either be a [Washington] Redskins fan or don’t watch football.” In the summer of 2011, during the Redskins off-season, the paramedic was at home flipping channels “and, lo and behold, there’s a football game on,” he remembers. With their green and yellow uniforms, he could think of the Edmonton Eskimos as “the summer Green Bay Packers.”

“[The Canadian game] was noticeably different,” Lalor says, pointing to the extra man on the field and the focus on a passing game. “But it was still football.” The CFL first came to his attention during the brief NFL players’ strike in 1982, when NBC aired Canadian football games. Thirty years later, he’s still hooked. A Saskatchewan Roughriders fan, Lalor wears a green jersey with the number 13, representing the fans as the “13th man” on the field. Every Labour Day, he sits back to watch his beloved Roughriders take on the Winnipeg Blue Bombers.

But what makes Lalor an especially unique CFL fan is not that he has an uncanny knowledge of the entire league’s history; it’s that he has never once set foot in Canada. “The closest I got was Tonawanda, N.Y.,” he says, “but I know a good game when I see it.”

While many Americans say they follow the CFL, it has not translated into big viewership numbers. ESPN, the U.S.-based sports media juggernaut, signed a multi-year deal to broadcast CFL games on ESPN, ESPN2 and on its WatchESPN app. Last season, the first of a reported ﬁve-year agreement, the three CFL games televised on ESPN averaged 181,000 viewers, the company says, while the 13 games on ESPN2 averaged 160,000 viewers. (Canada’s CFL coverage on TSN averaged 660,000 viewers during last year’s regular season.)

ESPN says a third of its televised CFL games were on Sundays, which put them in direct competition with the vastly more popular NFL. Indeed, the American network’s highest-rated CFL game came on a Friday—a day without NFL or college football games on TV—when the mid-October matchup between the Ottawa Redblacks and Hamilton Ticats averaged 313,000 viewers. In Canada, that same game on TSN had an average viewership of 413,000. To get more eyeballs this year, ESPN plans to televise the bulk of its CFL games before the NFL season gets underway in September.

“When a well-known college player or a former NFL standout moves on to the CFL, that often helps to draw more interest in the league, here in the States,” says Gregg Morriss, ESPN’s manager for programming and acquisitions. He points to Duron Carter, a star receiver last season with the Alouettes, who happens to be the son of NFL Hall of Famer—and ESPN TV analyst—Cris Carter. After two years in the CFL, Duron signed with the NFL’s Indianapolis Colts this year.

Canadian football remains a pipeline for American football players holding onto the dream of playing in the NFL. The majority of CFL players are American. Even the new commissioner, Jeffrey Orridge, was born in the U.S. As a child, Orridge remembers hearing stories about American athletes going up and playing in Canada, particularly those in the African-American community. On the rare occasions CFL games were on TV in New York City, he would watch with his dad. “What was striking to me was the fact there were black quarterbacks in the CFL,” Orridge says. “I remember my father saying to me: ‘That’s why I love Canada. If you’re qualified, if you’re capable, you will have an opportunity to compete.’ ”

The CFL is, today, a breath of fresh air for Lalor. There isn’t round-the-clock coverage about cheating by deflating footballs. There’s no talk about concussion cover-ups, murder trials or domestic violence. The Grey Cup, he says, is about the game of football, as opposed to much of the Super Bowl buzz surrounding half-time music and commercials. “It’s actually fun to watch football again,” Lalor says, “and I had to turn to Canada to do that.”