Was Jesus Christ a feminist?

Some experts contend the Messiah had female teachers, even apostles 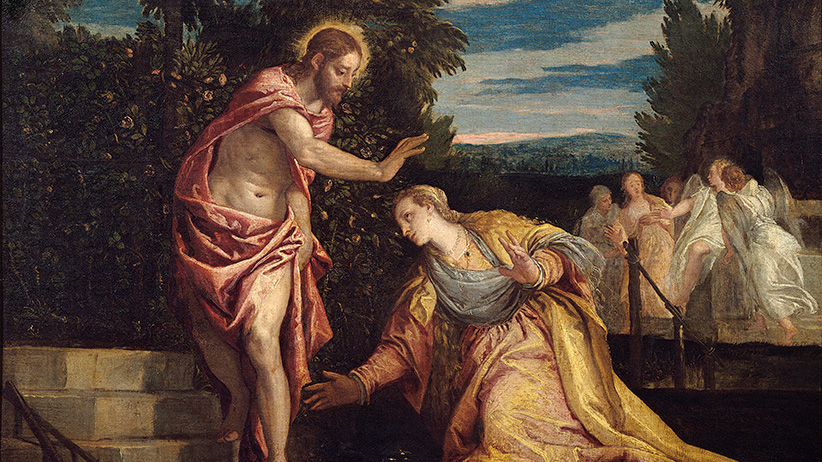 More than two decades ago, concerned about the present and future of their church, the Roman Catholic organization FutureChurch turned its attention to the past. “We started to work on retrieving the historic memory of women leaders in the early church,” says Sister Christine Schenk, an American nun of the Congregation of St. Joseph. “We created a service for Mary Magdalene, with a presentation from a local biblical scholar demonstrating she was not an ex-prostitute but was a witness to Christ’s resurrection and a major figure among his followers, and then a prayer service led by a woman.” The service began on Mary’s July 22 feast day in 1995 in 23 American parishes; today, up to 400 celebrations are held annually. “This story has legs,” says Schenk. “We struck a chord in so many communities, mostly Catholic but some Protestant too.”

Legs indeed, as the long-simmering debate over the role of women in Christian churches heats up in the era of #metoo, which has given birth to #churchtoo and #catholictoo, two movements dedicated to recording the experiences of women in ecclesiastical structures dominated by men. And Mary Magdalene’s ongoing significance doesn’t derive solely from her iconic status in popular consciousness—whether as she’s described in the Gospels or in later tradition as the repentant sinner portrayed in Western art or in her secular, Da Vinci Code incarnation as the wife of Jesus. It’s also because the history of the faith, especially during its obscure and contentious early centuries, is eternally alive for Christians. From FutureChurch’s backward gaze to evangelical scholars closely examining New Testament texts, in settling any issue what really matters is “What did Jesus—and his immediate followers—do?”

Mary does loom over the other women of the New Testament, with 12 references in the canonical—that is, officially accepted—Gospels, more than most apostles. (She’s even more central in several of the extra-biblical books of the Apocrypha, as author of the Gospel of Mary, the only Gospel ascribed to a woman, and often the disciple who best understands Jesus’s teachings.) She is always among the witnesses to the risen Christ in the four canonical accounts, and in John and Mark she is the very first to whom he appears.

Even the Gospel of Luke, which tends to downplay Mary’s role in favour of Peter, whom it makes the first witness—evidence, to some historians, of a struggle for authority and influence in the years after Jesus’s death—includes her in the list of patronesses who accompanied Christ and his 12 (male) apostles around Galilee, supporting the ministry “out of their own means.” Mary Magdalene, Joanna (the wife of King Herod’s steward) and the otherwise unidentiﬁed Susanna were all evidently affluent enough to do that and sufficiently secure socially to travel about highly patriarchal first-century Palestine in the company of unrelated men.

That striking social arrangement on its own shows how indifferent the Jesus of the Gospels was to contemporary gender norms. Yet it is the anonymous figures who most intrigue those investigating his attitude toward women. Karen King, a Harvard historian and expert on women in the early church, points to the Gentile woman who appears in Mark, asking for her daughter to be healed. Christ replies that the bread (his message, his power) is for the children (that is, his fellow Jews), but when the woman counters that “even the dogs under the table eat the children’s crumbs,” he praises her reply and heals her child. “This is the beginning of the mission to the Gentiles,” King notes, “and it would have been remarkable to an ancient audience, because it’s the only place in the Gospels where someone actually corrects Jesus—and that someone is a woman, and a foreign woman at that.”

Schenk, like King, cites the woman caught in adultery, a story famous for prompting from Jesus one of the cornerstone precepts of Christian ethics: “Let him who is without sin cast the first stone.” Jewish law, notes Schenk, called for the stoning death of both parties caught in the act of adultery. “So where,” she asks dryly, “was the guy? Nor does Jesus condemn her when she is in front of him alone. This is really a condemnation of male hypocrisy.” More significant still is the Samaritan woman in the Gospel of John, “the ultimate outsider,” says Schenk, given the tense relations between Jews and Samaritans. Jesus begins to talk to her at a well, astonishing her and scandalizing his apostles, and reveals himself as the Messiah. A later verse says that many Samaritans believed in Jesus because of her testimony, “and that’s why some people think a historical woman really did evangelize Samaria,” adds Schenk.

Those stories of Jesus’s “startling” teachings and interactions have always been present in the foundational documents of the faith, King says. “That’s what is marvellous about the New Testament—it has lots of different stories, and everything depends on which ones are told by whom in what way, and how they are read. You can absolutely make a case that Mary Magdalene is a model for women’s leadership. You can absolutely make a case that a woman was Jesus’s teacher. To say, as opponents do, that there is no basis in the New Testament for honouring women as teachers and leaders is not true.”

For Schenk, Jesus’s gender egalitarianism was radical enough to call him a feminist: “He may never have critiqued patriarchy directly, but his words and actions constantly undermined its pillars.” King demurs: “Revolutionary or feminist in the sense that Jesus is out to get rid of patriarchy? I don’t think you can go that far.” In large part, that’s because he did not establish a church of any sort in his lifetime. His followers, however, did have to organize themselves after his death, and the plentiful evidence they left behind indicates a profoundly egalitarian concept of how they should live their lives.

READ: Jesus was son of god—and a husband?

Around 57 CE in the Greek city of Corinth, St. Paul—the most important missionary in Christian history—dictated a letter to the Christians of Rome, whom he hoped to visit for the first time en route to Spain. That epistle is arguably the most significant doctrinal document in ecclesiastical history, but it is the final chapter, a simple list of people Paul wants to commend to the Roman congregation, that has come to bear increasing weight—an old story, read in a new way—for those committed to Christian feminism. Paul begins by introducing “our sister Phoebe, a deacon of the church at Cenchreae,” and the probable bearer of the letter. There’s also the married couple Priscilla and Aquila, commended by Paul for their missionary work and for “risking their necks for my life.” (This is one of their six appearances in the New Testament, three times with wife Priscilla mentioned first, indicating an equal status between them.) There are other women in Romans: 16 doing the Lord’s work, too, including one who—when she wasn’t being deliberately erased—hid in plain sight for almost two millennia.

Junia’s fame has been building for decades now, and almost everyone committed to Christian feminism, from the middle-aged scholars King and Schenk to Ashley Easter, a 25-year old advocate for victims abused within Christian settings, mentions her spontaneously. “Greet Andronicus and Junia, my relatives who were in prison with me,” Paul writes. “They are prominent among the apostles, and they were in Christ before I was.” Easter, who grew up in a patriarchal church setting that didn’t encourage her desire to be a preacher, began researching biblical evidence for Christian egalitarianism when she was 21, and “the woman who immediately stuck out was Junia.”

Depending on the translation, sometimes—because women self-evidently could not be apostles—her name was changed to a man’s name, Junias, despite the fact, as Schenk retorts, that “there are zero men named Junias and 250 recorded references to women named Junia in New Testament times.” In other translations, Junia’s name is left untouched, and the “problem,” so evident to translators, was solved by not giving her the title of apostle: she and Andronicus were well-known to the apostles, not among them. “But when you look at the original language,” Easter continues, “Junia was a female and an apostle, and that did change my perspective of women’s role in the church.”

Apostle was not the only church role played by the first female Christians. Phoebe, among other women, was a deacon, and although scholars are unsure what that position entailed in the first century, the same title was applied to both men and women. King reports that one of her doctoral students has just finished a thesis on the scarcely known “office of the widow,” a position held by women who no longer had dependents and who could be trusted to receive gifts to the community and fairly redistribute them. (Men, apparently, were too prone to ensuring relatives got a disproportionate amount.) “In the early church, these folks are really innovating in how to group together, how to do this and that, who’s in charge, how do we take care of each other, and the widow was one answer in some places.” And both sexes took part in those innovations.

But being an apostle was and is different, perhaps even more so now than in the first centuries. Then, as Schenk points out, the Gospels couldn’t keep straight the names of the 12 appointed by Jesus: Paul measures himself against only two of them (Peter and John) while ascribing the name to several others, including Junia, and the office itself—like that of the widow—was absorbed by the bishops. Today, however, to place Junia, or any woman, among the apostles is to put a cat among the pigeons.

Complementarianism runs deep in traditional ecclesiology, Catholic and Protestant alike, and many major denominations hold to the idea that men and women are essentially equal but functionally different, in a way that means males have “headship” within marriage and within church structures. The major historical and theological pillar supporting the all-male church leadership, the basic what-did-Jesus-do argument, is that the 12 apostles he named—and their successors—were all men. That Gospel truth remains a first line of defence for excluding women from church office. And that’s what makes Junia an icon equal to Mary Magdalene for those who back #churchtoo and #catholictoo, who recognize that abuse within church settings—and even more, the silencing of victims—is the result of institutional powerlessness. For them, the female apostle is a sign not just of what ought to be, but what once was.