We need to talk about abortion access in Canada, too

After her own abortion experience left her surprised at Canada’s system, Rachel Cairns was inspired to launch her new, timely podcast series, Aborsh 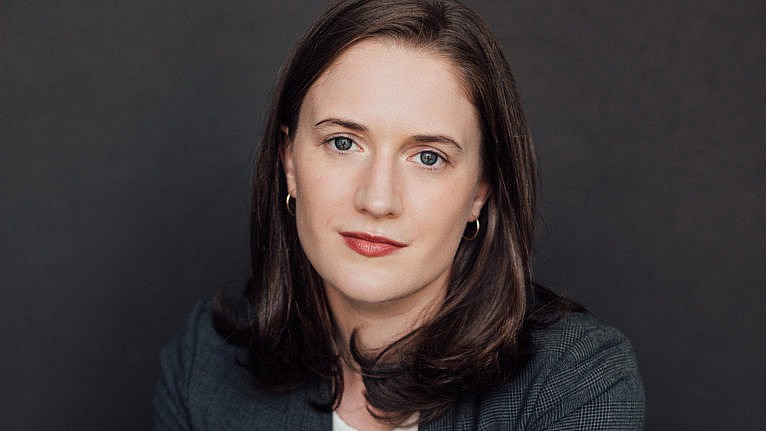 Three years ago, artist and creator Rachel Cairns had an abortion to terminate a surprise pregnancy she incurred while on birth control. Although she said she felt fortunate to have the procedure available to her, she was surprised to be met with doctors hesitating to approve of the abortion, and clinic receptionists hidden behind bulletproof glass. In her new 10-episode podcast, Aborsh, Cairns draws on her experiences to talk candidly about the challenges around having an abortion in Canada. The show’s release coincided with the overturn of the landmark Roe v. Wade decision that walked back abortion rights in the United States. Here, Cairns opens up about the decision to capture her experience in a podcast, her thoughts on how the cultural perception of abortion is changing in Canada, and what it’s like to release content about one of North America’s most topical issues.

—As told to Alex Cyr

In December of 2019, while helping to support myself as a film producer and creator, I was working as a shoe shiner in downtown Toronto. When you’re a shoe shiner, December is literally the time to shine: there’s salt on the street, and year-end bonuses are coming up, so I was working non-stop.

I barely noticed that my period was five days late.

I had an intrauterine device, so I figured it was impossible for me to get pregnant. But I did feel a little nauseous that day, so I popped into Shoppers Drug Mart after work to get a pregnancy test. Just to be safe. I took it home, peed on the stick, and it came back positive. I thought it was a mistake, so I left it on the side of my sink, waited 20 minutes for it to correct itself, and came back to it. Yep, still positive.

I was shocked. I simply couldn’t have a baby then. Together, my partner and I were just cracking six figures while living in the most expensive city in Canada. And we didn’t even live together. I thought, “Why not wait a few more years when money is less tight and make it easier on all of us?” And then, I thought, “If I were to have a kid now, what would that mean for my artistic pursuits? Would I have to forgo my own aspirations and hopes for the pure practicalities of providing for a new human?” All of it just felt very messy and not at all ideal. It was clear to me: I had to abort.

RELATED: I had three abortions before I turned 30. They saved my life.

Until it stared me in the face, I’d never thought about abortion beyond “I believe in it.” I knew it was legal, and I figured it would be straightforward, but as I went through the process, I realized I was entering a world I knew very little about.

In my initial consultation, the doctor I saw asked me about my income and my relationship, and wondered why I didn’t want the baby. I answered the questions, but a part of me didn’t like that I had to justify my choice.

After waiting two weeks, I went to the abortion clinic back home in Vancouver, and the receptionist sat behind bulletproof glass. I thought, “Really? It’s 2019! In Canada!” I later learned that abortion clinics tend to put fake addresses online to avoid attracting undue attention from protesters. I realize we’ve come a long way in allowing abortions, but I couldn’t believe how stigmatized it still is. I got so mad that I wanted to write about it.

First, I was going to write an angry essay on Facebook about how we have to get rid of this stigma around abortion. That worried my mom. She supported me in talking about it, but she also grew up in a time when abortions were taboo; she witnessed doctors being shot and people losing jobs over an abortion. I dropped the Facebook idea, but really wanted to share my experience with the world somehow. 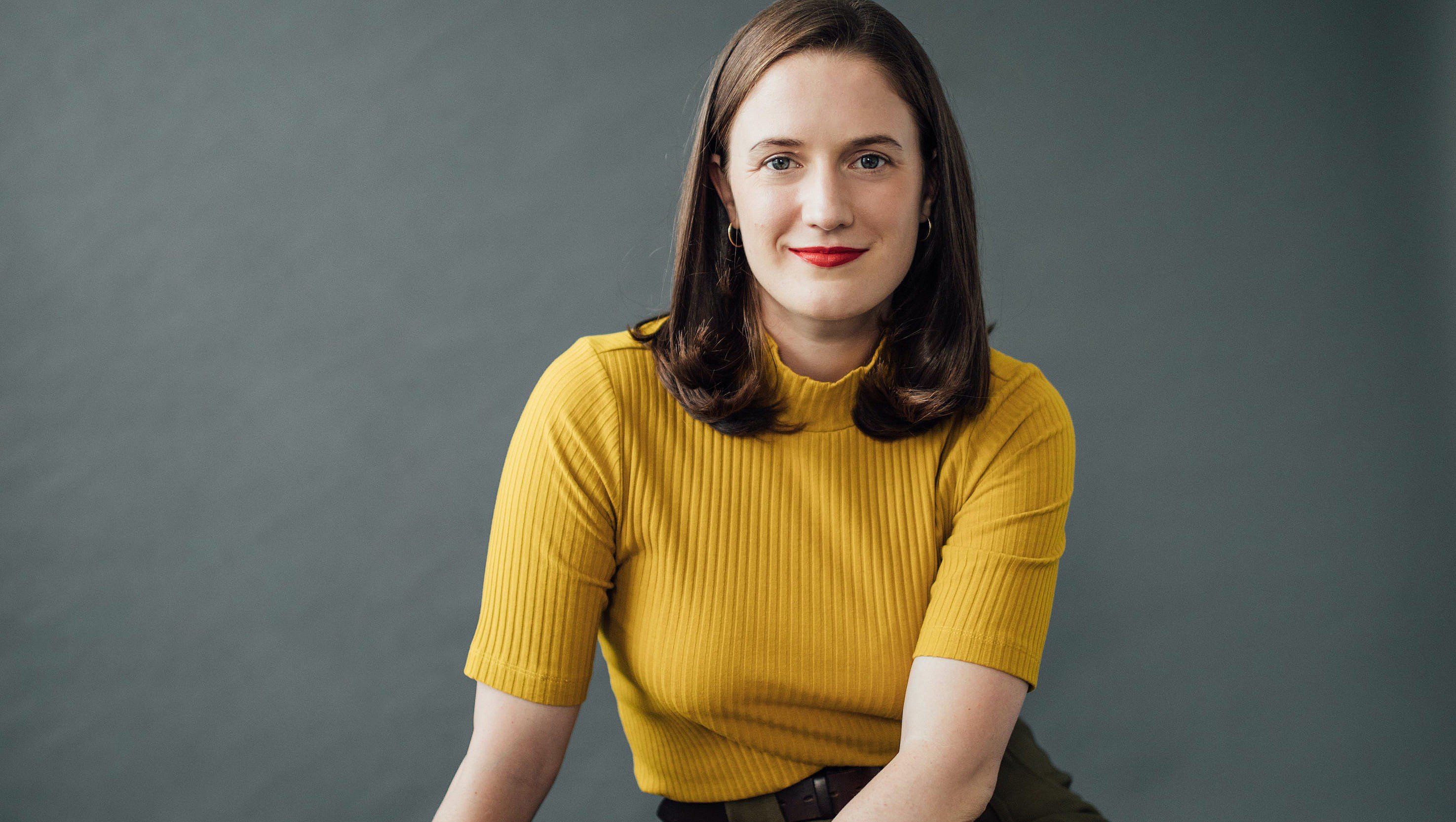 As I prepared for my procedure, I craved information about abortions. There was so much from an American perspective, but in terms of Canadian resources, I’d mainly find academic articles—the kind that require a modicum of geekdom to get through. I wish I’d found something more palatable. You know, something you could listen to while driving to work. That’s when the idea came: I’d create a podcast that shares my experience of abortion, but that also explores our abortion landscape in Canada, and discusses the laws around it with expert interviews. It would be more professional than a Facebook rant, but also accessible to a wide range of people. The more I thought about it, having an artistic background and a personal experience with abortion made me realize I almost had a responsibility to put a podcast like this into the world.

The Supreme Court tends to make their huge verdicts at the end of their sessions, usually in June, and reproductive advocacies warned that Roe v. Wade was heading toward an overturn. It’s not like we were trying to exploit the moment—more like us realizing, “Wow, this podcast will come out during a shitstorm.”

Aborsh’s first episode came out on June 13, 11 days before the overturn, and as of July 13, six of the 10 episodes were released. I’m so pleased with the reception so far. A few people sent me messages to thank me for talking about it in such a public space, because they didn’t feel comfortable talking about their own abortions. I realized I’m lucky to feel comfortable discussing the show inside my own social networks. When I show up for my uncle’s BBQ, everyone is proud that I did this thing. Though, it’s funny: when nobody was looking, my aunt pulled me aside to tell me that she loved it, but did so quietly. For people of her generation, who’ve lived through more controversy around abortion, it’s probably kind of radical to be so overt about it like I am in the show.

MORE: I’m on a waitlist of nearly 100,000 Nova Scotians hoping to find a family doctor

I’m glad people are paying attention to Aborsh. One of the intentions of it was to normalize talking about reproductive choice in a holistic way, so that it’s not just about the controversy and bodily autonomy, but also the interpersonal dynamics between partners, and the economics of the choice—connecting reproductive decisions to the larger issues we face as Canadians, like housing and health care. My hope is that this podcast helps us move towards talking about each person’s choice, instead of talking about whether the choice itself is right or wrong.

When the Roe v. Wade decision was overturned, I think many people here feared that the same would happen in Canada. We have a different political system and precedents that make it extremely hard to outlaw abortion, so I don’t think we’re at risk of seeing that happen here. But I think we have to use America as an impetus to protect, fund and expand reproductive rights here—and continue to talk about it. We expect our leaders to continue to expand access, train providers, give universal cost coverage for contraception, and more. These are steps we can take to level the playing field to exercise the ability to choose. For what it’s worth, I think we’re on the right path.

READ: Nothing prepared me for what I saw in Ukraine

I do want kids one day, when I feel ready. The most common advice I get from people who have kids, particularly from mothers, is: “You’ll never feel ready and there is never a perfect time.” I accept that. But humans hate change, and having kids changes everything. It’s the biggest decision of your life, so why not live in a society where it’s possible to be a bit more ready, where we have a bit more control over when we want to start our families? Why not ask ourselves, “How can we plan our lives so that we can legitimately afford to bring a baby into the world?”

Those are the conversations I want to keep having.