What happens when the 'Kate effect' hits a fashion brand 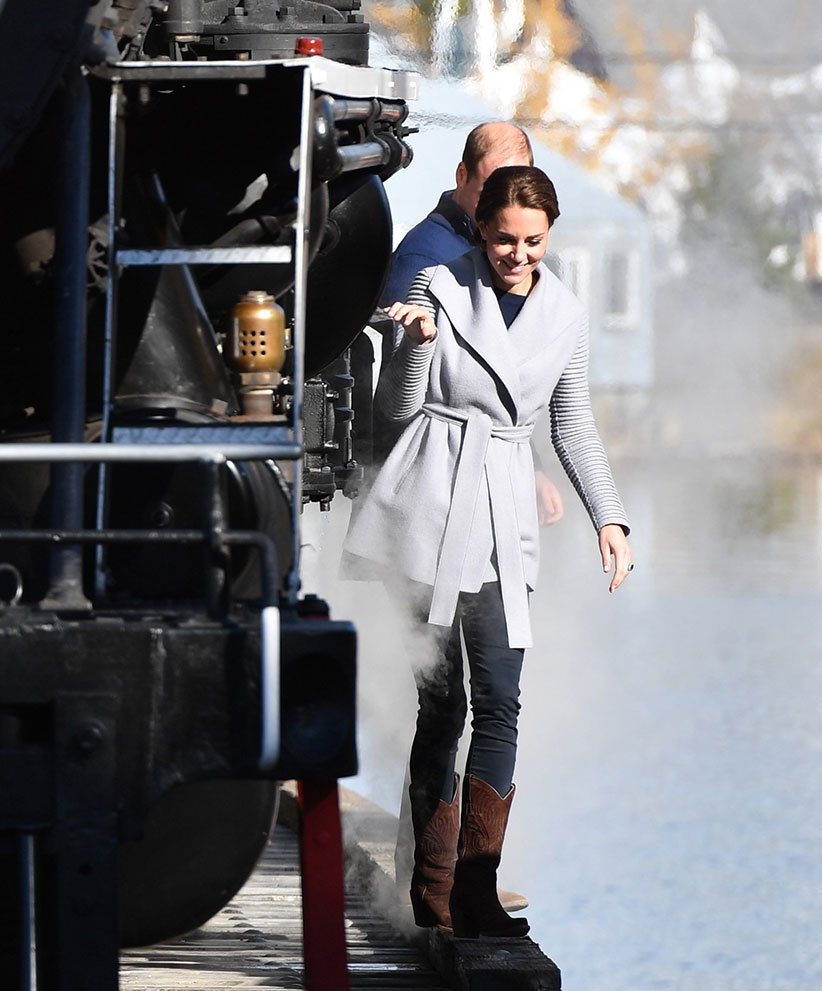 The Duke and Duchess of Cambridge walks beside a steam train in Carcross, Yukon, Canada, on the fifth day of the Royal Tour to Canada. (Dominic Lipinski/PA)

When Kate, duchess of Cambridge, wore a coat by Sentaler on Sept. 29, the growing Canadian luxury outerwear line got a first-hand experience of the “Kate effect.” That’s what happens when Kate appears in a brand’s clothing; not only do the items instantly sell out, but favoured brands find themselves in demand around the world. It’s happened time and time again: After Kate repeatedly wore L.K. Bennett’s shoes and dresses, the British retailer expanded worldwide. Ditto Reiss. And Goat. And Whistles.

Before Sept. 29, Sentaler was a Toronto-based line known largely to those able to afford its alpaca-and-wool offerings. But its reputation was growing, especially after Sophie Grégoire Trudeau wore a white coat from Sentaler to the swearing-in ceremony of her husband’s government in Ottawa last November. (She’s worn five Sentaler coats in the last year.)

Then came Wednesday, when Kate put on an alpaca-and-wool coat during a visit to Carcross, Yukon. Suddenly, traffic on the Sentaler website exploded. Images of Kate walking beside a steam train, clad in the gull-coloured wrap coat featuring the firm’s trademark ribbed sleeves as well as a shawl collar and belted waist were transmitted on social media and news websites around the world.

The price tag, $1,195, was no match for the Kate effect. Sentaler’s website sold out of every colourway. The gull-coloured version won’t be back in stock until February 2017. 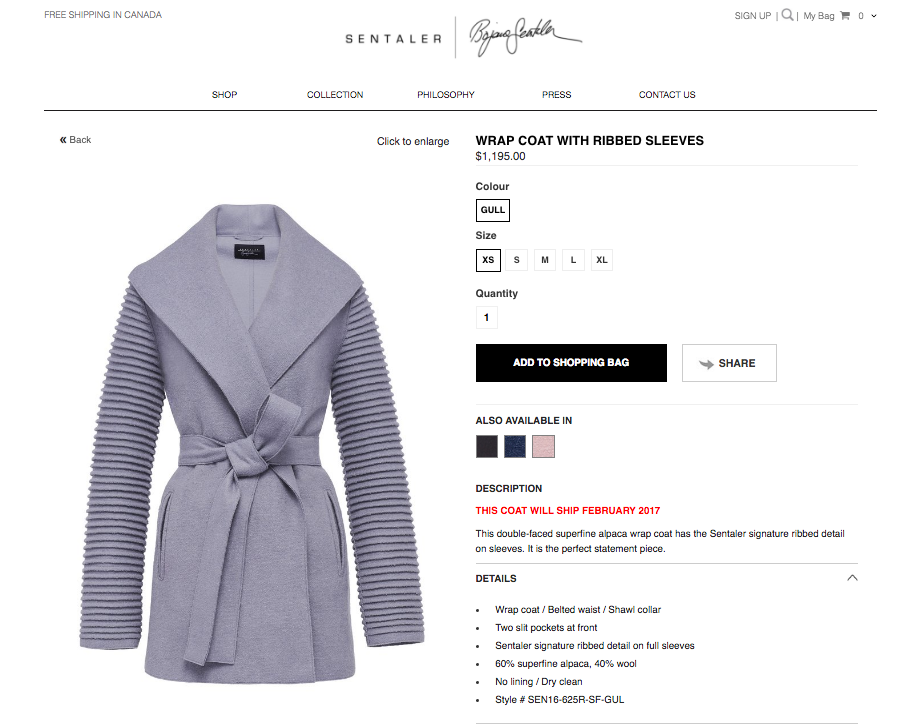 For creator Bojana Sentaler, who established her brand in 2009 after a meeting with fashion icon Karl Lagerfeld, dressing the duchess of Cambridge has always been a goal. “One of my wishes when I first launched Sentaler was to have the duchess wear a piece from collection and now that dream has come true,” says Sentaler, in an email. “The duchess looked very gracious in Sentaler. Her style and elegance reflects exactly what Sentaler stands for.”

Sentaler’s minimalist, close-fitting designs fit Kate’s style so well that they were already on the radar of royal fashion bloggers; one even featured the pink one in a post on which Canadian fashions Kate should wear. What the royal watchers couldn’t know is that Kate’s stylist—her personal assistant Natasha Archer—had the same idea. “The duchess’s stylist discovered us and reached out to us directly,” says Sentaler. “We sent the ribbed sleeve wrap coat to the U.K. not knowing who it was for. It all happened organically. I later made a connection to the Canadian tour and hoped that the coat we sent was for the Duchess during her visit to Canada.”

Sentaler knew the coat was in the royal luggage. She just didn’t know when it would be worn. She found out like everyone else, when the first pictures hit the Internet. “Someone tweeted that the Duchess was wearing Sentaler and tagged us,” she recounts. “That is how I initially found out. Seconds later, Sentaler was being tagged in hundreds of tweets. I then saw all the photos online and our website activity started growing exponentially. It has been a very exciting 24 hours.”

The Kate effect was immediate. “The ribbed sleeve wrap coat that the duchess wore in grey sold out within hours and shortly thereafter we began selling out all the other colours in the same style. Our phones and inboxes have not stopped,” the designer says. At first, the firm was taking orders for Kate’s coat for December delivery. Now it’s February. And it isn’t just that style that’s being sold: “We are experiencing orders in the entire collection, but majority are wrap coats with the ribbed sleeve detail.”  Orders are coming in from Britain, the United States, France, Qatar, and even Brazil and Australia.

The royally bestowed attention was icing on the cake of an already landmark week. “This is actually a very exciting time for my entire family,” Sentaler says. “I welcomed my second child and first son to the world a few days ago so it is a euphoric time for me, both personally and professionally.”