I’ve battled B.C.'s wildfires for 30 years. If you don't believe in climate change, come and talk to me.

From emergency evacuations to managing tsunami-like burns, incident commander Scott Rennick has a tough job that is becoming more challenging than ever. 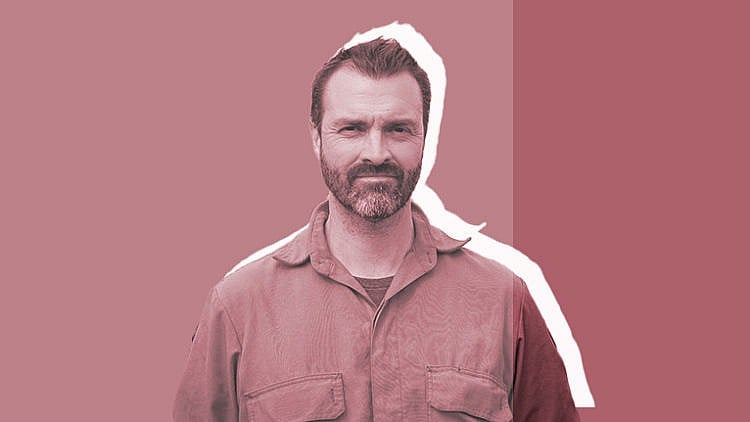 Scott Rennick was on the scene at the recent fires at Battleship Mountain (photo courtesy B.C. Wildfire)

Scott Rennick has been fighting fires in British Columbia for 30 years—first as an emergency firefighter, now as an incident commander overseeing some of the most complex and dangerous wildfires in the province. In his career, he’s seen how climate change is causing more frequent and more devastating fire seasons—and he’s concerned about the future.

“I’m from Vernon originally. I come from a family that worked in mills and logging—I grew up in the forestry sector. One hot August in the early ’90s, when I was a teenager on a break from school, I was watching the news and saw a clip of professional firefighting crews for the first time. I think it was the first year they had this uniform called the reds and blues, which is what we still wear: red shirt, blue cargo pants. I thought, Wow, I want to do that. I put my name in for what was called the emergency firefighter program, and I got a call telling me to show up. I had no training, and I didn’t really have any gear—I bought my first pair of boots, which were not waterproof. They gave me a hard hat and off we went to a camp east of Vernon, in the community of Cherryville. Then I was in a fire camp, just a kid out of high school with 50 other firefighters.

When I was in university, I applied to the BC Wildfire Service. I actually applied four times—in between I was fighting fires in the summertime, and doing silviculture work to pay for university. Finally, I got a job posting in Campbell River, on an initial attack crew. I worked my way up, and eventually I ended up in Lytton. I’ve been here for 13 years.

There are two primary types of crews. The first are called initial attack crews, and they consist of three people. They are the first responders. They go out by truck or a helicopter to deal with a fire in its first few hours. The second type are called unit crews. Once the fire is beyond initial attack, they come in. They work on large fires, or what I call campaign fires—fires that last a long time.

Our initial attack success rate this year was quite high, because we had a cooler spring and later summer, and the lightning that came through was at a higher elevation. It was good for us to win this year, because last year we lost a lot of battles. We lost most of Lytton last year, and most of my staff lost their homes. You’re just not the same after you go through that—after you watch your home burn, and your friends’ homes, your family’s homes.

As an incident commander, I go out to deal with the most complex and biggest fires in our area. There are 16 people on my team, and we’ve been together for four years now. We get called in when there’s a particularly challenging fire, or if there’s a cluster of fires. That’s why we were sent to Chetwynd this year on September 2: not just because of the fire at Battleship Mountain, but because there were six fires burning in the area within the first 24 hours. Some were small, some were a few hundred hectares, and then there was the fire at Bearhole Lake. When we got there, it hadn’t really rained in five weeks or so.

When we arrive at a site, we bring multiple crews and resources. We build these camps that are like small cities. Some have 300 or 400 people; the average is around 200 or 250. For these fires, though, we had to split up the team because of the distance between the fires— Bearhole Lake to Battleship Mountain is about 170 kilometres by helicopter. We had about 150 people in Chetwynd, another 80 in Hudson Hope and then a camp in Dawson Creek with over 100 people.

At first, we had to focus most of our resources on Bearhole, because the fire was breaching toward the highway and coming straight toward the community of Kelly Lake. We did an ignition operation, which is where we use applied fire to bring the wildfire to us. It’s an indirect attack, where you’re working parallel to the fire and bringing it toward you. There is risk in it, but it’s carefully choreographed. We were able to contain the head of the fire and then turn it over to another team. Then we could focus on Battleship Mountain.

The situation on Battleship was challenging initially because we only had one point of access, and the fire was encroaching on it. It’s very dangerous for our staff to be in those conditions because they can be quickly overrun by the fire. The helicopters were dropping buckets of water. The public always says, “Why don’t you use more of that?” But aviation crews don’t put the fire out. They can buy us time, but it’s the ground crews who actually put out the fires. Or Mother Nature, if it rains.

On Saturday, September 10, the fire began moving toward Hudson Hope and the W.A.C. Bennett Dam. It probably advanced 10 kilometres in a single afternoon, which is really fast. We issued an evacuation recommendation that evening. The morning of the evacuation, I looked at the weather forecast and I knew we were entering a very dangerous phase. When a fire gets to that level, people need to understand they’re natural disasters, with the power of a tornado or a tsunami. At that point, there is just simply nothing we can do. The fire is coming like a freight train.

Recommending an evacuation is not an easy thing to do. I’m from a community that’s been devastated by wildfire, so I know how hard it is on people. In recent years, we’ve been seeing an increase in people who don’t want to leave—maybe they have livestock, or they don’t think the fire is really going to be there until it’s right on their doorstep. It’s an alarming trend. In Lytton, the town was overrun in less than half an hour. There was no real evacuation order because the local government had already collapsed and people were running for their lives. Once in a while I will play the Lytton card, but only in really serious situations, if people are reluctant to leave. It’s frustrating, because when people put themselves in harm’s way, they’re also putting my people in harm’s way.

But the next day, the winds weren’t as strong as expected, and we saw an opportunity. We did an ignition operation, burning 31 kilometres along the east flank of the fire that was threatening Hudson Hope. That allowed us to build a buffer and stem the advance of the fire toward the town. Then the rains came, which was great. Sometimes you get lucky with the weather. Other times, like in 2017 and 2021, we didn’t get lucky. It’s a humbling thing, working a fire like this, because you really understand the power of nature.

If anyone doesn’t believe in climate change, come and talk to me. It’s just different now. We’ll see years like this one, where it’s more of an average season. But the severity of the big seasons is changing, and they’re coming closer and closer together. It used to be every four to six years, now we’re seeing them every two to three.

After years like 2017, ’18 and ’21, my staff are exhausted. I’m exhausted. We spend 60 to 80 days on the road, working 14- to 16-hour days—sometimes a lot longer than that. My crew has done up to 120 days. We get to the end of these seasons and we’re tired, we need to rest so we’re ready for the next one.  I love being on the road with my team—they’re like my family, I love them. At the same time, there’s burnout that comes with this work, and when we’re dealing with these extraordinary fires, we really need a bit of a pause. And we don’t get that as much anymore.

We’re evolving as quickly as we can to meet the new challenges. But we’re going to have to make some tough choices about how we build our houses and how we manage our properties. We’ll have to change how we manage fire in the landscape, and use culturally prescribed fire. We have to understand that we’re coming into a very different environment than anything we’ve seen before. My dad fought fire in the ’80s, my grandfather before him. And this is not like anything they saw when they were out there.”