What readers told us about the 'collapse of parenting'

Without question, parents like to debate parenting. Here is a sample of response to our cover. Join the fray!

Have parents lost confidence in themselves? Have they relinquished parental authority? Maclean’s writer Cathy Gulli explored those questions in a widely read story that examined a stark reality: Despite their very best intentions, parents are at risk of losing primacy over their children.

Not surprisingly, the story evoked strong emotions from readers. Here are some of the letters they sent in.

I’ve been in the childcare field for 18 years now and yes, there is what you call “The collapse of parenting.” Increasingly, children are in charge of their parents. Every year I see more and more aggressive behavior by children toward their parents. Parents need to understand that sometimes the right choice may not be the favorite choice, but that’s okay.
Michael Brookhart,  Victoria

I have been a high school principal for 22 years. Recently I have witnessed an alarming trend I call the ABC’s of parenting: abdicate, blame, and capitulate. Raising children is an arduous and often thankless task. Therefore many parents choose to abdicate their responsibility, leaving child-rearing to teachers, social workers, psychologists and, tragically, even prison wardens. More recently, parents required their children to make adult decisions, choices that require executive functioning, abilities that are only totally developed as an adult. This kind of abandonment permits parents to blame others for their child’s bad behaviour. Ultimately many parents capitulate because it is easier, in the moment, to surrender than it is to fight. By modelling this behaviour parents teach their children to give up when things get tough and to deny responsibility for their actions. Good parenting includes defining and enforcing boundaries; ones that are tight enough to prevent children from hurting themselves yet loose enough to encourage exploration and growth. Ultimately what children crave most is their parents’ attention, the safe structure of their families, and the assurance that they are loved.
James Watts, Montreal

In the last 10 years of my teaching career, “self-esteem” was the be-all and the end-all. So many of my parents would challenge me with, “What about my child’s self-esteem?” I would want to say: What about it? Millions of children around the world are dodging bombs and bullets and we’re worried about your nine-year-old’s self-esteem? So many times when I met with parents and their children, I wondered, who’s the adult here? So many times I had to jump in and admonish the child with, “Don’t you talk to your parents that way!” But only after marvelling at how much disrespect and verbal (and physical) abuse an adult would take from a child. Many parents were upset with me—because, after all, their child was just learning how to express himself.
Fraser Petrick, Kingston, Ont. 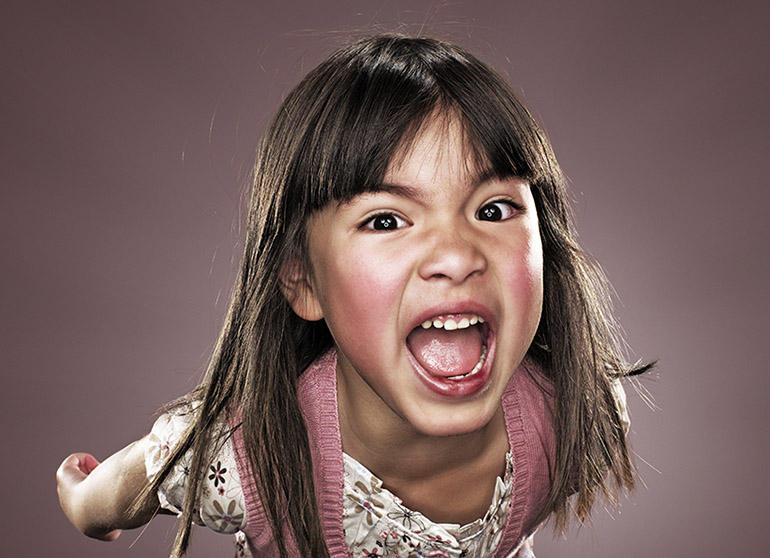 I wonder if this decline in deference isn’t some societal failure of parental will but just a demographically induced shift. In Canada, the average number of children per family decreased from 2.7 in 1961 to 1.9 in 2011. With smaller families, children don’t need to compete with a passel of siblings for parental attention, love and resources. Our only children have become an entire generation of little emperors.
Laura Lind, Toronto

The child needs a leader in whom he can be confident, and whose behaviour he can emulate. I gave my children many choices—of my choosing. Thus, the child could choose to eat the food served or wait until the next meal while sitting at the table watching everyone else eat. Just as a good school environment should be protective and nurturing, so should the home. This comes as big surprise to many people. Giving children strong parenting gives them a sense of their own value, and can act as a protective device when they are tempted to misbehave.
Peggy Zuckerman, Long Beach, Calif.

I have often wondered if parents are looking for their kids’ approval as a way of fortifying their own self-respect. This reminds me of the advice I got when at teachers college preparing for teaching high school almost 50 years ago: “Remember, you’re not trying to be their best friend; you’re aiming to be their best teacher.” Parents need to feel better about themselves instead of relying on their children’s approval to do that for them.
Norm Esdon, Glenburnie, Ont.

I’m an orthodontist who sees lots of kids and parents at those difficult years of pre-teens through to late adolescence. I have two grown children of my own. Being a kid and being a parent have never been easy. But in my practice I see more healthy relationships between parents and kids than in the past. I see more respectful behaviour. I see kids and parents navigating the challenges of living in a world more complex than the one I grew up in. I see lots of love, respect and genuine caring. I see things getting better and not worse. By all means, read the books mentioned in this article, even the ones preaching doom and gloom and fear. But take them with a grain of salt. Love, respect and peace go a very long way. They always have, and they always will.
John W. Campbell, Winnipeg