If the ruling applies to driver's licences and health cards in Saskatchewan, it could act as a precedent in other provinces, lawyer says

SASKATOON — A Saskatchewan mother hopes a court decision ordering the province to allow gender markers to be removed from birth certificates when requested — even for children — will help to further change people’s attitudes.

Fran Forsberg of Saskatoon filed a human rights complaint four years ago on behalf of her now 10-year-old daughter Renn to have the gender box on her birth certificate that was marked with an ‘M’ changed to an ‘F.’

She further asked that the box be removed all together.

Earlier this week, the provincial government agreed to the change and a judge in Regina ordered the move, opening the door for changes to all government identification in Saskatchewan and setting a legal precedent in Canada. 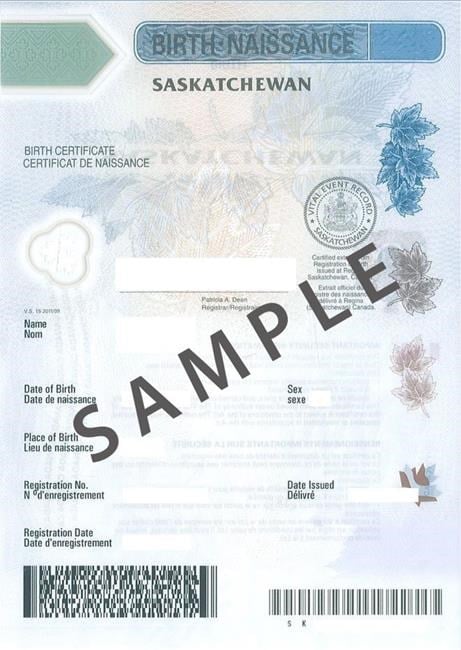 “I’m just so glad it’s over and I am so happy for other children, as well as other non-binary people,” Forsberg said Friday.

“Hopefully this will start the ball rolling for people educating and opening their minds and hearts for the rest of the world.

“There’s no reason to have gender on government ID or birth certificates. No reason at all.” 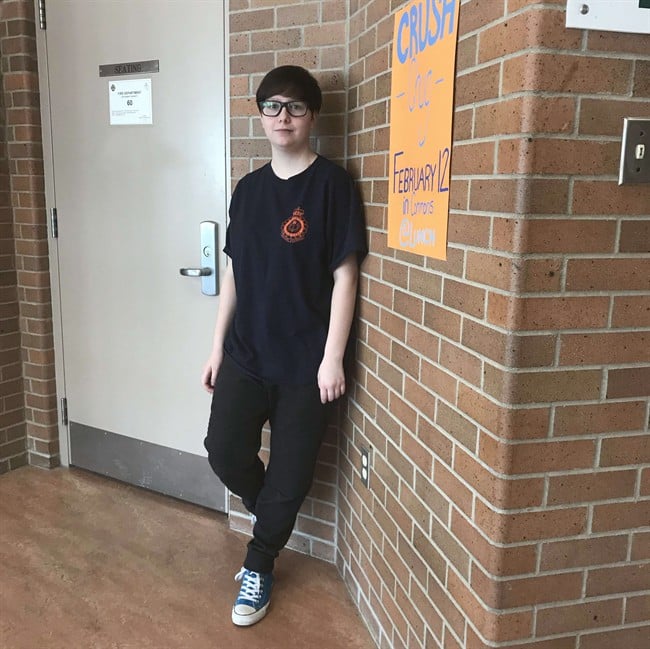 Jordyn Dyck, 17, of Regina, filed complaints with the Saskatchewan Human Rights Commission about the gender designations on their birth certificates. The government is allowing people younger than 18 to apply for gender changes on the documents. (Canadian Press/Handout)

He said Jordyn has been bullied for being non-binary and hopes being able to show proof with new ID will stop most of it.

Saskatchewan is not the first to make the change. Earlier this month, Ontario started allowing residents to opt out of displaying a gender designation on their birth certificates.

But the Saskatchewan Human Rights Commission says Saskatchewan is the first to be ordered by a court to allow the removal of gender boxes on the documents. The commission took the two complaints to court and, although there was supposed to be a hearing, the government agreed beforehand that its Vital Statistics Act violates its Human Rights Code.

Justice Lana Krogan then ordered that Renn and Jordyn receive new birth certificates in the coming days and that the province amend its legislation within 45 days.

Lawyer Larry Kowalchuk, who represented the two youths, said the decision forces the government to fix the problem for others.

“It will allow everyone in Saskatchewan who has a case or who is about to have a case to have their marker changed, regardless of age, from ‘F’ to ‘M’ or ‘M’ to ‘F’ or to have no marker at all,” he said.

He added that the judge’s ruling will likely apply to other forms of identification in Saskatchewan — driver’s licences and health cards — and can act as a precedent in other provinces.

The Saskatchewan Ministry of Justice did not respond for a request to comment on the decision.

But David Arnot, chief commissioner of the Saskatchewan Human Rights Commission, said the province has indicated it will comply.

He said the ruling will take care of eight other complaints currently before the commission.

Alberta, the Northwest Territories and Newfoundland allow for non-binary markers, such as an ‘X’, on their birth certificates.

But Arnot said an ‘X’ can still mark some people for discrimination.

“Certainly we know that trans and fluid people face discrimination with housing and employment and in some cases travel. So this is seen as an important step forward.”