When I tried to kill myself, I received help. Why don't Indigenous people?

Anna Mehler Paperny: Hospitals are supposed to be places where you receive care and are kept safe. But that's not true for everyone. 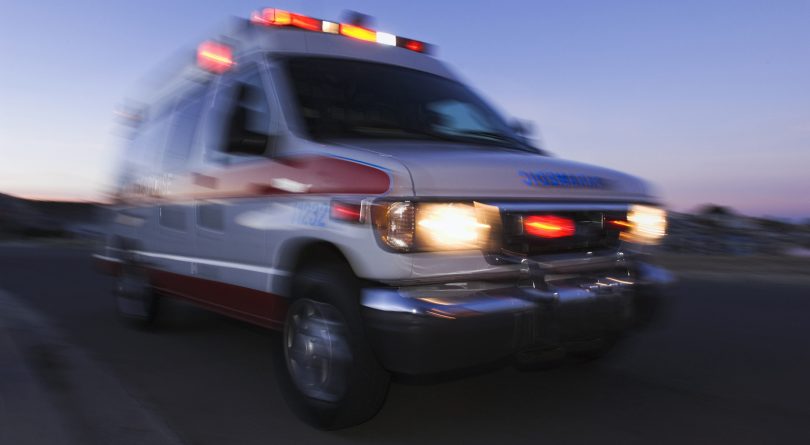 A 10-year-old killed herself at Makwa Sahgaiehcan First Nation on Nov. 21.

She was the third suicide in November in the community of 1,000. As her funeral was being held, five teens from the Saskatchewan First Nation were in hospital following suicide attempts.

In the outcry following her death, mental health workers were flown in to the community, which could have used the help long ago, and will still need it even once this outcry’s died down. “We need more of our therapists and our front-line workers… we’re losing lives,” Chief Ronald Mitsuing told CBC, calling for a long-term plan to address suicides.

Leave aside, if you can, the fact that it took a pre-teen’s self-inflicted death to provide basic health care to a community. The teens in hospital, you think, are safe. There, at least, they’re receiving care.

But so often, for Indigenous people across Canada who receive a poorer level of care in so many ways, even making it to hospital is no guarantee of safety.

On Nov. 10, the Toronto Star’s Tanya Talaga reported the story of a 19-year-old First Nations man who on Sept. 26 was rushed by ambulance to the Thunder Bay regional hospital “in obvious distress.” Security guards escorted him out three hours later, it’s believed.

A Lakehead University security guard found him 500 metres away, hanging by his sweater.

In an email, the hospital’s spokesperson Tracie Smith told me the hospital takes “incidents very seriously and [applies] what we learn from them to make improvements.”

“In the midst of tragedy, we must ask what, if anything, could have been done differently. Safe, quality patient care is our priority; the people we care for should feel safe coming to our hospital to get the care they need, especially those from historically marginalized communities.”

This is only one instance.

I talked to Gordon Poschwatta, head of clinical practice at Carrier Sekani Family Services, for my book, Hello I Want to Die Please Fix Me.

Much of his and his staff’s work is getting suicidal people from small communities across northern B.C. somewhere safe. Too often, getting them to hospital is not enough.

“We’ve had situations that went sideways,” he told me. “We worked our butts off and we thought they were in there [in hospital] and we thought we had a doctor onside, they were going to hold them for an assessment or whatever, and an hour later we get a phone call: They’re back on the street.”

This could have been me. I was taken in the back of a cop car to a Toronto psych emerg after my suicidal musings sent friends into panic mode, then was discharged hours later with a prescription for sleeping pills that I overdosed on, along with a litre of antifreeze.

But I wasn’t a fatality. I was found, rushed to hospital, placed on dialysis, held for weeks in a psych ward and—and this is key—discharged with an appointment with the psychiatrist who diagnosed me, who saw me on an ongoing basis for years. In Canada, that’s like winning the lottery. It shouldn’t be. And as much as it hurts to admit to benefiting from systemic racism, I know being white, not being Indigenous, contributed to my getting vitally necessary care on both an acute and ongoing basis. I type these words and want to scream.

Are people being brought to hospital and not being seen, or not being seen by the right people? Are they being seen, but not being seen—rushed through, key indicators not caught? Are assumptions being made about who the patient is and what they need? Was an Indigenous man seen as aggressive, threatening and in need of a security escort, where a white man would have been seen as sick and in need of care? “We had seven in one year that suicided within one day of being in emergency,” Poschwatta told me. “If it was non-Aboriginal people, I’m pretty sure there would be a stink to high heaven. There would be inquiries and God knows what.”

These suicides following discharge, the ongoing tragedy of First Nations youth and young children taking their own lives, are awful outcomes but they aren’t random: Like so much in this country, they trace the tripwires of systemic marginalization.

I hear so many people, friends and loved ones who lost people to suicide, say “If only I knew…!”

Here, we knew. We knew, and we failed them. And that is unpardonable.

If you are worried about your mental health and need to talk to someone, there are 24-hour telephone lines across Canada. To find one in your area, go to Crisis Services Canada.