When it comes to resilience, the self-help industry has it all wrong

In a new book, an expert in community resilience argues that our emphasis on individual responsibility is preventing us from making better social policies 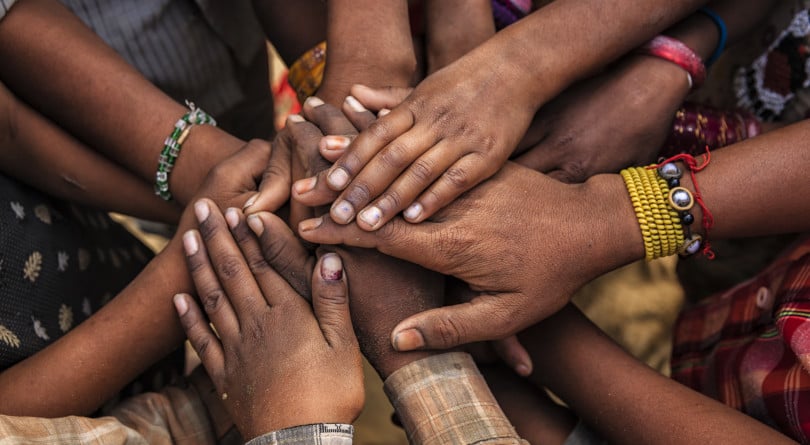 Michael Ungar is a professor of social work at Dalhousie University in Halifax, a family therapist and the Canada Research Chair in Child, Family and Community Resilience. In short, he is a world expert in the still mysterious quality that enables some individuals and communities to survive and thrive in the aftermath of trauma ranging from childhood sexual abuse to natural disasters. Ungar is also the author of Change Your World: The Science of Resilience and the True Path to Success, which takes direct aim at what he considers an arrogant and victim-blaming self-help narrative. Positive thinking and personal grit are helpful, Ungar argues, but nurture trumps nature every time: the real royal road to recovery lies in resource-rich, supportive social environments. It really does take a village.

Q: You do come down strongly on the community side, as opposed to the individual, in overcoming severe stress and recovering from trauma. But you also give a nod to the latter—even your first coping strategy is “change yourself.”

A: Most people are comfortable with starting to see if they can change their situations by changing themselves first. It does take a little bit of personal motivation to effect any change, to put ourselves in other spaces or connect with other institutions, relationships or structures in our lives. You’re right, the book does walk a line between individual and the environment, which is a bit of a Ping-Pong game, but the environment is often far more noisy and far more present in the game than we give it credit for. People will always try the personal change first because our culture is highly individualistic: “I’m in a crappy work environment or my mother is sick, so I’m going to think about my job differently or rearrange my schedule so I can look after her—I can do this!” And you know the trouble with that? It’s incredibly victim-blaming. If it doesn’t work out, then somehow the onus ends up on you, that you just didn’t attend enough Oprah seminars, or sit long enough on your yoga mat or do the mindfulness-based stress reduction practice or you just didn’t have enough grit to overcome the fact that you have a really, really toxic boss.

Q: You are arguing we do need the will to change and to take the first steps, but real change—which is essentially altering the world around us even in small ways—usually requires resources beyond our personal power?

A: If self-help actually worked then we should be seeing a decrease in mental and physical health problems. You would think the cumulative impact of everyone buying yoga mats and endless you-can-do-it TED talks would be to generate a healthier population. Why then are the statistics going in the opposite direction? We’re getting more obese, more depressed, seeing more heart disease and more sedentary lifestyles. Divorce is only down because people aren’t even forming long-term relationships any more. The self-help enterprise has failed so miserably because we haven’t done the work of changing our world while we are trying to change ourselves.

Q: We are social creatures, and we need relationships to flourish.

A: More than just social ones. The science of resilience is now looking further than just intimate relationships. In the list of 12 key resources in my book, [which include public safety and social justice as well as loving relationships], you can see they are often caught up with institutional systems. They are caught up with our built environments and our natural environments too. Sometimes we can trigger individual change by connecting with different institutions or different physical environments. Sometimes it’s the availability of a small feedback loop—change your desk configuration, your office environment—to avoid carpal tunnel. Or it can be much larger, as with caregiving services for parents.

Q: Perhaps the most arresting story in your book concerns the social worker tasked with watching over three teen girls in a motel room. She asked them to draw their imagined futures. They couldn’t. Nothing and no one had ever implanted those images in their minds.

A: It’s very much the world that triggers us to be whatever we can be. It’s difficult to have a vision of your future without having had any experience of what that could be. The language—or the images—we use is based on experience. If the world around you conspires to tell you that you are a failure, you accept it. It’s only when, and if, somebody random comes into your world—teacher, boss, career coach, somebody—who suggests that actually you show great capacity for something else that you suddenly have a new option in front of you. That wasn’t the experience of those girls. Think of the whole successful process of getting young women into STEM subjects. Superficially, it looks like what we did as a society was encourage women to think of themselves in these roles. But we did more than that. We changed the world around them through a variety of social policies and university admissions policies and scholarship policies and changes in educational courses at the high school level, all to cue young women to see themselves in the hard sciences. So yes, it’s about changing your mind, but changing your mind really does require that the world around you also is changed.

Q: When you say “we as a society,” you mean us organized collectively, that is, through government?

A: Government is actually doing most of the work of keeping us safe, connected and healthy. You know, I really like meat inspectors. I’m big on government because government means food inspectors, and that means that I can go to the grocery store and know that my meat is fresh and my vegetables don’t have E. coli. I think that’s a really cool society to live in. And because of that I’m going to eat healthier—if I can afford it and if I have access because urban design hasn’t put me in a food wasteland. So you begin to think about structures, and I’m always wondering why don’t we acknowledge them more. When was the last time you heard a motivational speaker end with, “And by the way, as much as you’re going to transform yourselves individually, don’t forget to pay your taxes, because government is doing most of the work for you.”

Q: There are several flashes of anger in Change Your World. I don’t often see the word cynicism deployed in scientific studies by Canada Research Chairs. But not only do you really not like the self-help advice route, you call out several people, including Eckhart Tolle and even the Buddhist nun down the street from you whose spiritual quest is financed by her ex-husband.

A: Which is true! Sure, she can go off and sit in a monastery for three years if somebody is paying the bills. I’m on the talk circuit so I share a lot of stages with self-help gurus, and it’s quite frustrating listening to them convey the message of “just think positively:” you can’t always calm the waves but you can learn to surf them. The real story of Buddhist monks historically is not that they are simply beings seeking enlightenment. They live within cultures that feed them, house them, have the children who grow up to run the farms that grow the wheat and mill it and drag it up to the monastery to feed them. Their community conspires to allow this group of people to reach enlightenment, which is perceived as good for everybody around them. We so misunderstand that story as the individual seeking enlightenment. And that Buddhist nun down the street, the only reason she can do what she does is somehow resources, money, gets to her. But that is never the story told.

Q: That’s your story, though, not just the community-to-individual direction, but the emphasis on practicalities. You write that the proper order of response to a community disaster like the Fort McMurray wildfire is a first wave of firefighters and other emergency personnel, followed by a second wave of bankers and insurance agents to restore victims’ sense of stability and means to move forward. A distant third wave could be mental health professionals “like me, who are sometimes needed, just not as much as we think.”

A: Ah, just ticked off all my colleagues there, thank you. But, yeah. Resilience is still sort of an emerging discourse, for lack of a better word, and if you look at where we put our money now, much more of it goes into the breakdown and disorder side of things and a relatively small portion goes into preventive medicine or studies of resilience. What are the mechanisms that protect us? If we can understand that better it would change where we would invest. Early in my career trying to help stressed young people, I realized there was a lot of kids in my practice who were actually coping remarkably well despite incredible hardships. Grappling with this and all the factors involved, I learned that the kids I was looking at globally often made a genuine contribution to the welfare of themselves or their families or their communities. Back in Canada, I would notice that we actually don’t give our children genuine opportunities to make contributions, which makes make them more vulnerable. Around the world kids, who were thriving often explained it by the fact they were needed and made contributions for the benefit of others rather than for themselves. And this was something that is largely absent in how we parent in Canada. For me that was, oh wow—there are things that can carry us through stress.

Q: For an angry cynic, you take a surprisingly optimistic turn at one point. In a single generation, you argue, we could end obesity and empty the jails, among many other spectacular gains. Maybe so, but what would that take?

A: You know those Adverse Childhood Experience studies I cite? There are 10 things we know that have really strong statistical relationships with our mental and physical health as adults—and all 10 are preventable. That part was never really talked about by the epidemiologists who did the original studies, but whether it’s the number of people we incarcerate or how we handle parents divorcing or exposure to intimate partner violence or the way we discourage physical activity, we can do something about it. There’s a remarkable amount of solid science on what good social policies would look like. Why we don’t do more to put them into practice is partly at least because we are still under this myth of individual responsibility. Or because we deny the science and the expertise, like the anti-vaxxers—there a mix of media, social media, politicians and the worst parts of our humanity is conspiring to create a situation where children are going to die for no reason at all. That’s not hyperbole, by the way, that’s just fact, and it will be because of the arrogance of people who refuse to acknowledge that their expertise is not at the same level as that of the people who have dedicated their whole lives to understanding the science behind this. We do know what we should do, though, and that’s why I’m an optimist.

FILED UNDER: Change Your World: The Science of Resilience and the True Path to Success Editor's Picks Michael Ungar resilience self-help