In an era when we constantly share every aspect of our lives, you never know when an offhand tweet might be your final message to the world 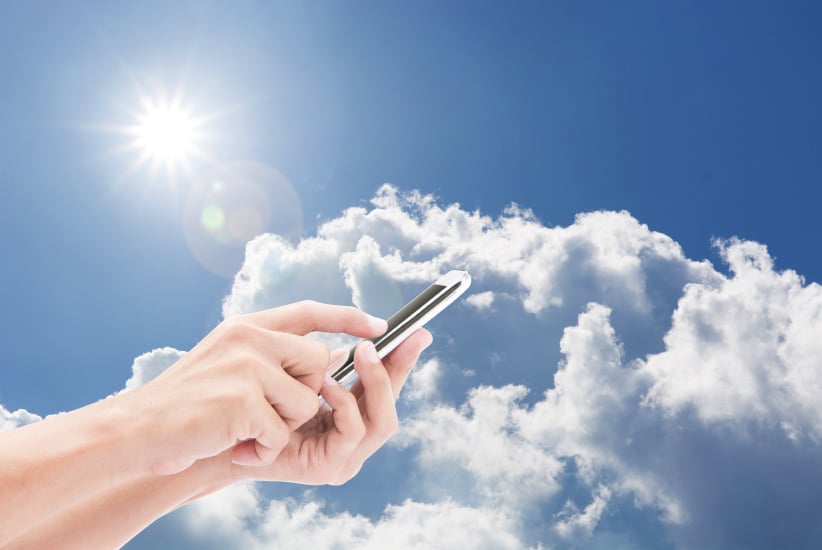 Moments before the death of Andrew Breitbart in 2012, the conservative firebrand who founded Breitbart.com was on Twitter calling a 29-year-old Texas law student a “putz.” The heated exchange ended in the wee hours of the morning when Breitbart sent off one last tweet. He then went out to walk his dog and died of a heart attack at the age of 43.

I called you a putz cause I thought you werebeing intentionally disingenuous. If not I apologize. @CenLamar @dust92

Perhaps the final remarks were fitting, even if they weren’t the last words Breitbart wanted to send out into the world. But there they were—and still are—online for all to see.

There’s long been a fascination with the last words of prominent people, be they politicians, generals, industrial titans, celebrities or villains, even if the quotations—gathered up in countless books of lists and anthologies—are sometimes of dubious validity. Mark Twain himself highlighted the importance of last words in a 1889 essay: “A distinguished man should be as particular about his last words as he is about his last breath. He should write them out on a slip of paper and take the judgment of his friends on them. He should never leave such a thing to the last hour of his life, and trust to an intellectual spirit at the last moment to enable him to say something smart with his latest gasp and launch into eternity with grandeur.” (As for Twain’s last words, scrawled on paper, they were “Give me my glasses.”)

Yet we now live in a world where we continuously share our every thought on Facebook, Twitter and other social media apps, meaning that when death suddenly strikes, we have no ability to coordinate our final message to the world.

“We’re all going to say something that’s going to be our last remark, but in the age of social media there’s a possibility that last remark will be public,” says Michael McWatters, the co-founder of The Tweet Hereafter, a website that chronicles the final tweets of notable figures after they die.

It’s certainly become a habit for many, upon hearing of the death of a well-known individual, to check out his or her parting message. Some are quite poignant. Many are not. Last week, after news broke that Canadian acting legend Alan Thicke had died after a heart attack while playing hockey, fans flocked to his Twitter account, where a final post about his guest appearance on Fuller House, posted only a few hours before he collapsed, has since garnered almost 2,000 retweets and more than 8,500 likes—nearly 20 times more than when he promoted his role on the TV sitcom a week earlier.

Season 2 Fuller House looking good. I even like the ones I’m not in! #fullerhouse @fullhouseguy @bobsaget @candacecbure #netflix

Sometimes one’s final tweet has a sense of irony—as was the case when two-time Indianapolis 500 winning race car driver Dan Wheldon tweeted “Green!!!” prior to a race in Las Vegas, where he died in a 15-car accident.

The day before South African model Reeva Steenkamp was fatally shot by her boyfriend, the double amputee Olympic sprinter Oscar Pistorius, she tweeted about her excitement to spend Valentine’s Day with him.

What do you have up your sleeve for your love tomorrow??? #getexcited #ValentinesDay

“Some of the tweets that are more poignant to me are the more mundane ones,” McWatters says. “There’s one about a guy who talked about having a lovely bowl of ice cream with his kids and was putting them to bed. And then he has a heart attack. There’s something about that to me that’s actually a good reminder to us that we should live in the moment. His last tweet was reaffirming a positive life.”

Same goes for Jessica Redfield, who was among the 12 fatally shot inside an Aurora, Colo., movie theatre awaiting the midnight screening of the  Batman film The Dark Knight Rises.

“Before, we could hide death. We put death in the hospital. We professionalized death by making funeral home workers dress the corpse and make it look pretty,” says Candi Cann, a Baylor University professor and author of the book Virtual Afterlives: Grieving the Dead in the Twenty-first Century. “We’ve hidden it in a way and social media has really brought it back in our lives.”

It’s also made people like McWatters think twice about anything they post online—in the small chance it happens to be their last post. “What if our last tweet is something we didn’t want to represent us?”

When an illness is drawn out, however, it offers that rare opportunity to craft our social media farewell.

The tweets of Oliver Sacks, the famous neurologist who died last year of terminal cancer, were often thoughtful or inspirational. The last tweet before his death was a link to a flash mob performing Beethoven.

A beautiful way to perform one of the world's great musical treasures.https://t.co/ZNhUjl3fkZ

Likewise, Leonard Nimoy’s final tweet came days before his death—though his parting words were no less moving, ending with, “Live long and prosper.”

A life is like a garden. Perfect moments can be had, but not preserved, except in memory. LLAP

The sharpening focus on last tweets has even led some to want to craft their final social media message ahead of time. And, not surprisingly, there’s an app for that. The service “If I Die” enables users to create video messages that will only get published, as the app’s name implies, if they die. DeadSocial lets users preset tweets and Facebook posts to send out posthumously. LivesOn, meanwhile, once advertised itself as using the power of algorithms to mimic what someone would post or “like,” so that the user’s social media accounts could live on after the person had passed away. (LivesOn’s own Twitter account, ironically, hasn’t tweeted since 2013, as the macabre service never took off.)

Social media are now outlets where people can grieve over the death of a relative or celebrity, Cann says, adding that people often write posts about lost loved ones on their birthday or the anniversary of their death.