Hundreds of seedlings from one doomed tree will sprout this year around Whitehorse, keeping the iconic plant’s legacy alive 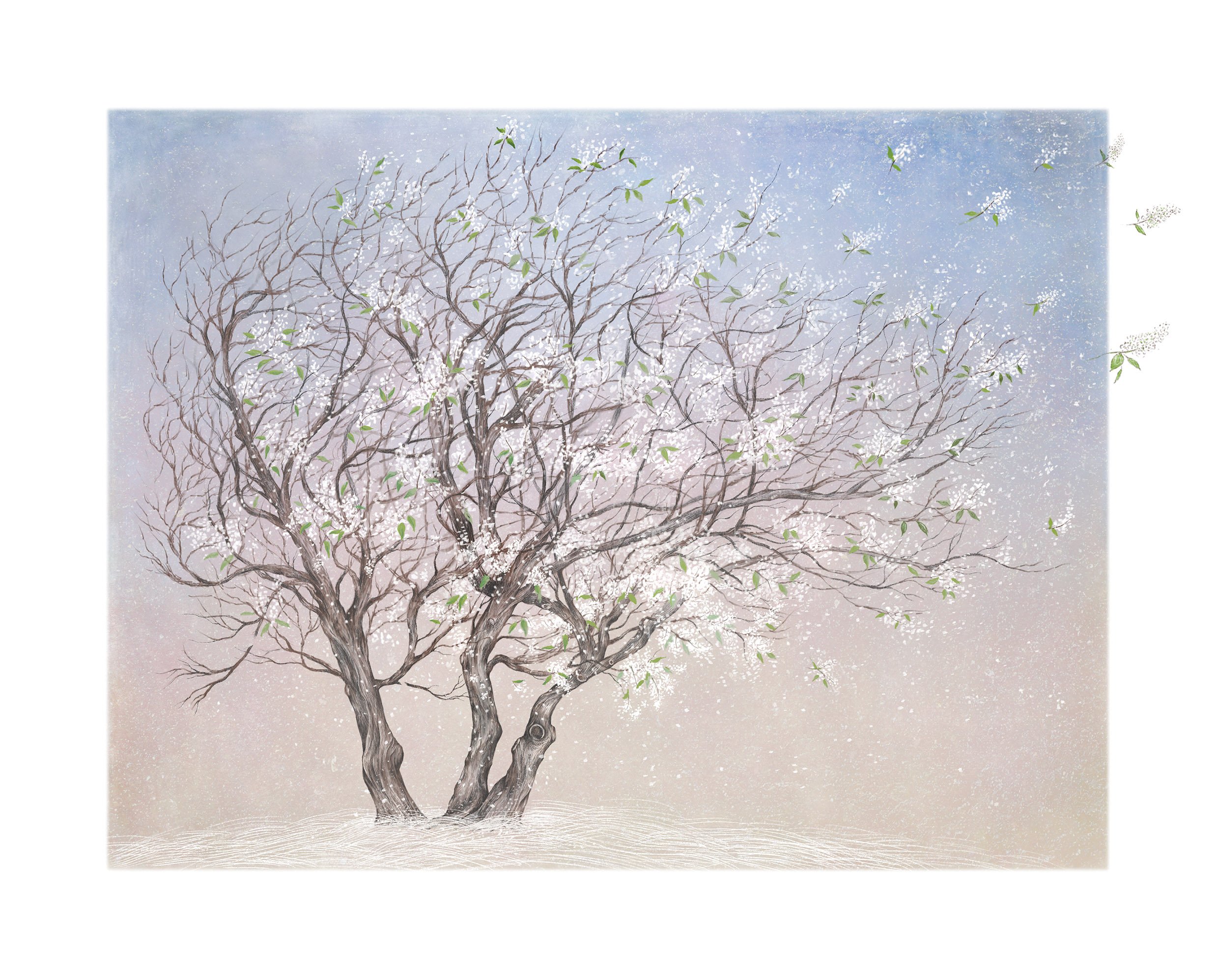 Last summer, Martin Paquette bored into the core of the Mayday tree growing on the grounds of Whitehorse’s city hall. A crown of white petals in cone-shaped bunches swayed above him as he drove the instrument into one of the tree’s three woody trunks. When he withdrew the tool, he quickly diagnosed an issue: the tree was rotting. “You could almost see through it,” he says.

Paquette, the grounds crew leader for Whitehorse’s parks and trails department, had been taking care of the Mayday—also known as a European bird cherry tree, and technically a shrub that can grow as high as 25 feet—for three seasons. Although the Mayday’s heart rot wasn’t surprising—the fungal disease is common in mature trees—the discovery created a dilemma. This wasn’t just any plant: the 70-year-old beauty had been transplanted to Whitehorse’s city hall in 1957 in honour of Martha Black, a naturalist and politician whom some Yukoners affectionately nickname the territory’s First Lady.

Black was the first member of Parliament to represent the Yukon in the House of Commons. She made history by becoming the second woman elected to the House in 1935, after Ontario’s Agnes Macphail in 1921. She was also one of thousands who headed to Dawson City from Seattle during the Klondike Gold Rush, reaching the Yukon town through the Chilkoot Trail in 1898.

READ: How humans and squirrels team up to collect tree seeds—and save the planet

Maydays were first introduced to the territory in the late 1920s, when a friend of Black’s received some seeds from a relative in England. The first known Mayday in the territory grew from those seeds in Mayo, a village 400 kilometres north of Whitehorse. In 1953, Black was given a clipping from her friend’s Mayday—a sprout that grew into the tree Paquette now stood beneath.

The way Paquette saw it, Black’s tree only had a few years left, at most, and would have been a safety hazard if left standing. What’s more, says Landon Kulych, manager of the parks and trails department, the tree would have to come down to make way for a planned renovation of the city building. Black’s Mayday will likely be gone by the end of the summer of 2022.

Still, city employees knew that Whitehorse residents would not take kindly to them chopping it down. It’s been a towering fixture at one of the city’s most prominent buildings, brightening the city hall grounds with its fluffy white racemes in the spring and yellow flowers in the fall. “The history of it, and Martha Black and the pioneer era,” Paquette says, “people really feel connected to that.”

MORE: A B.C. mountain goat was the unlikely champion in a match against a grizzly

Last spring, the idea emerged to give away one seedling from the Mayday to every household in the city, to commemorate the historic tree and Black’s legacy in the Yukon. Melanie Fortunato, a member of the grounds crew, stood in line on Aug. 26 to receive a cutting, which can be used to grow a clone of the tree, along with a potted seedling for her father-in-law, a Gold Rush aficionado. The lineup, Fortunato says, “went down the block and then around the MacBride Museum and onto Front Street.”

In less than 20 minutes, all 300 seedlings raised by the grounds crew were gone. “The first person in line actually was there two hours early because they wanted to be the first one to get a seedling,” says Kulych. To meet the demand, the city held a second giveaway in September, handing out another 150 to 200 seedlings.

Despite the city’s trepidation about removing the tree, there was greater concern about the seedling giveaway, and it came from the non-profit Yukon Invasive Species Council. Maydays are considered invasive in neighbouring Alaska, posing a threat to native species in the state. But the Yukon is in a different climate zone, and Paquette knows of no evidence suggesting Maydays would pose a similar problem in Whitehorse. “Here, the seedlings are going to have a rougher life,” says Paquette. He doesn’t expect most to make it through their first winter.

RELATED: The urban foxes of Whitehorse

Fortunato planted hers the same day she got it, close enough to a southwest-facing wall of her house to shield it from the wind and give it a better chance of surviving. Before Black’s tree comes down, Paquette plans to string cheerful lights along its branches this winter and trim its branches in the spring. Nearby, Fortunato’s seedling will be growing—struggling for its place in the world as surely as its namesake did decades ago.

This article appears in print in the January 2022 issue of Maclean’s magazine with the headline, “The kindest cut of all.” Subscribe to the monthly print magazine here.