Why Canada’s seafood market is so bad, and costs so much

Canada produces some of the most sought-after seafood in the world, but much of it gets exported, leaving Canadian shoppers paying more for less 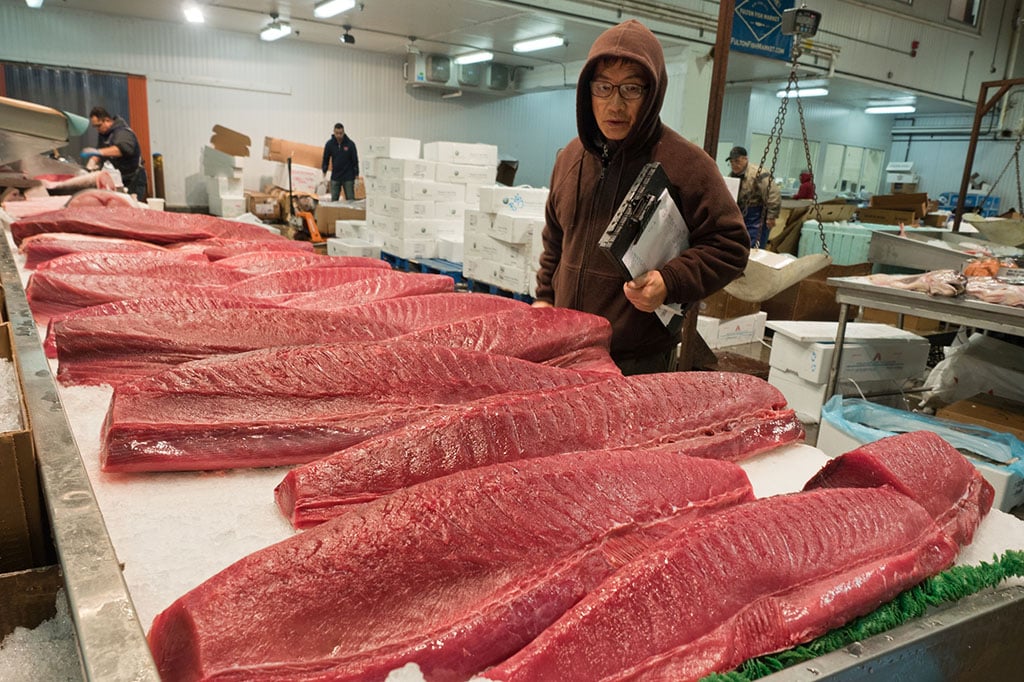 Imagine a fish market, clean and bustling, where the molluscs on display include a half-dozen varieties of live clams, a dozen different types of oysters and cockles, and diver scallops sporting shells the size of saucers. The display includes langoustines, turbot and Dover sole from the North Sea, but there are also innumerable Canadian products in the mix: bluefin tuna, both belly and loin, as well as albacore, Atlantic lobster, Dungeness and snow crab, sea urchin and king salmon, to name just a few.

There is far too much glistening, fresh, bright-eyed fish on display to catalogue here. But I can tell you that my order for the evening spread eventually included four kinds of crab, four kinds of oysters, clams, smoked Irish salmon hand-sliced to order, live scallops and some Italian farmed osetra to boot. And that while waiting for it all to be packed up, I passed the time with a quick sashimi tasting and a glass of sake at the in-house sushi counter. And then grabbed a lobster roll at the next counter, just in case.

Needless to say I was not in Canada, but abroad. Not at a wet market in Asia, where the live shrimp are so perky that they jump out of their baskets. Or in Sydney, where they balance the confounding variety with cooking lessons on site. In this case, I was in lower Manhattan, at the Lobster Place in Chelsea Market.

The depressing bite of our 75-cent dollar hurt badly at the checkout. But the fact is that these days a gourmand no longer even needs to travel in order to feel the pain of our currency going Third World. Not when it comes to fish markets, anyway. Back home in Toronto, the variety and quality are far inferior, and the prices just as high.

The cost of spring halibut is as elevated as anyone can remember. Never mind last season’s long-frozen chinook and coho; even the cost of farmed salmon is through the roof. And lobster, which just a couple of years ago was selling so cheaply that fishers were grumbling that it was hardly worth harvesting, is now priced close to an all-time high.

That’s just the start of it. What rankles about this short list is that these products are domestically sourced. Our very own stuff. You might logically think that our forlorn dollar should not enter into the equation between the Canadian consumer and domestic supplier—but you would be wrong. “The exchange rate is everything,” explains Sal Battaglia, vice-president of marketing at the Toronto-based seafood distributor Seacore. “Even if it’s Canadian fish, it’s traded in U.S. currency.”

So if a Canadian fisherman can sell his haddock or coho at US$10, he’ll demand $13.30 here or sell it over the border instead. As the supply of fish is limited more often than not, he’ll sell them the lot. And if not to the Americans, then to Asia.

This is where the new piscine economics get interesting—especially in the way we get to lose. Take, for example, lobster. Four years ago Canada—and Maine—produced a glut. The slumping price drew attention from the Chinese, who suddenly tuned in to how much cheaper our commodity was than, say, cheaper-to-ship “sea bugs” (flathead lobsters) from Australia. And once hooked, the Chinese have stayed that way, regardless of the rising price. In 2011, they bought just $27 million worth of Canadian lobster; in 2016, it was $161 million—a nearly 500 per cent increase in five years.

READ MORE: Eat like your grandma: Why you should skip the kale salad »

Meanwhile, they can still afford the crustaceans—and us, not so much. And the exact same thing is happening in countless other seafood categories. From geoduck clams from B.C. and cod milt from the Atlantic to live eels from New Brunswick and Quebec, all the stuff you wish you could find at your local fishmonger is headed to China or Japan, and we’re left with frozen halibut and farmed salmon.

Our fish markets should be a source of national pride but instead are an embarrassment. When over the past few years top American chefs including Daniel Boulud and David Chang opened up in Toronto, our fish markets were the first thing they complained about (“Disgusting,” one of them was reported to have remarked). Montreal’s are marginally better, but no longer as good as they were 20 years ago. Vancouver’s are not nearly as impressive as they should be; the appetite for Asian delicacies helps, but the variety of species is still meek. It all puts a happy spin on spending a 75-cent dollar on Canadian fish in NYC. For you won’t find a place doing such a nice job of it here, anywhere, a mari usque ad mare—we’re too busy freezing and processing it all for export. 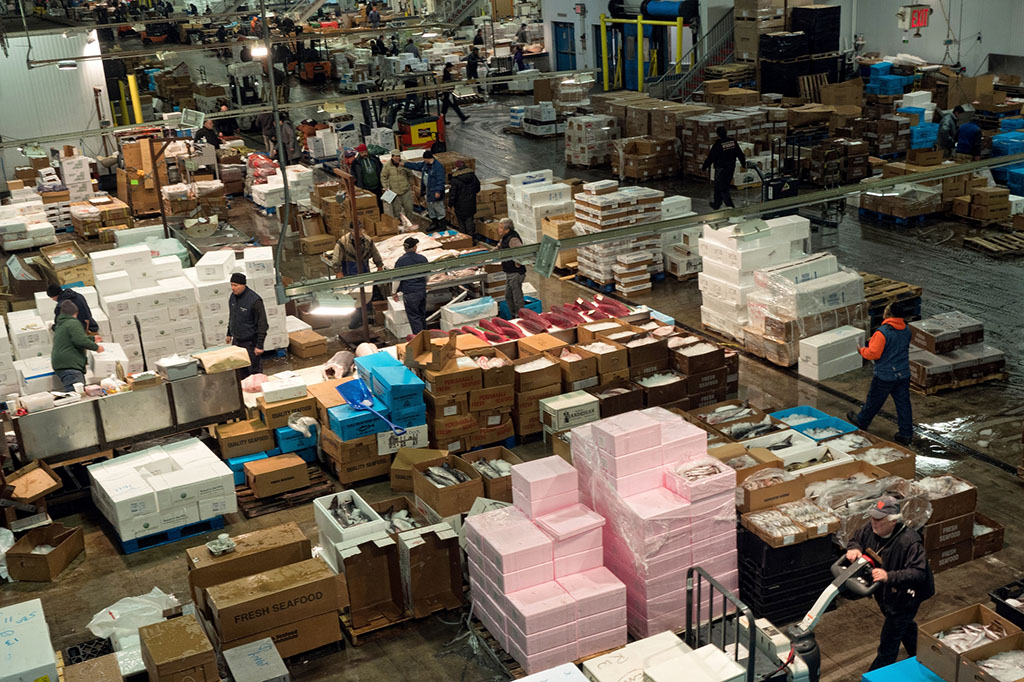 The New Fulton Fish Market is one of the busiest wholesale seafood markets in the world. New York, NY