Why Indigenous languages should be taught alongside French and English

Métis author Chelsea Vowel argues for the official protection of Canada’s Indigenous languages, which are currently on the brink of extinction

By Chelsea Vowel for Chatelaine November 16, 2017 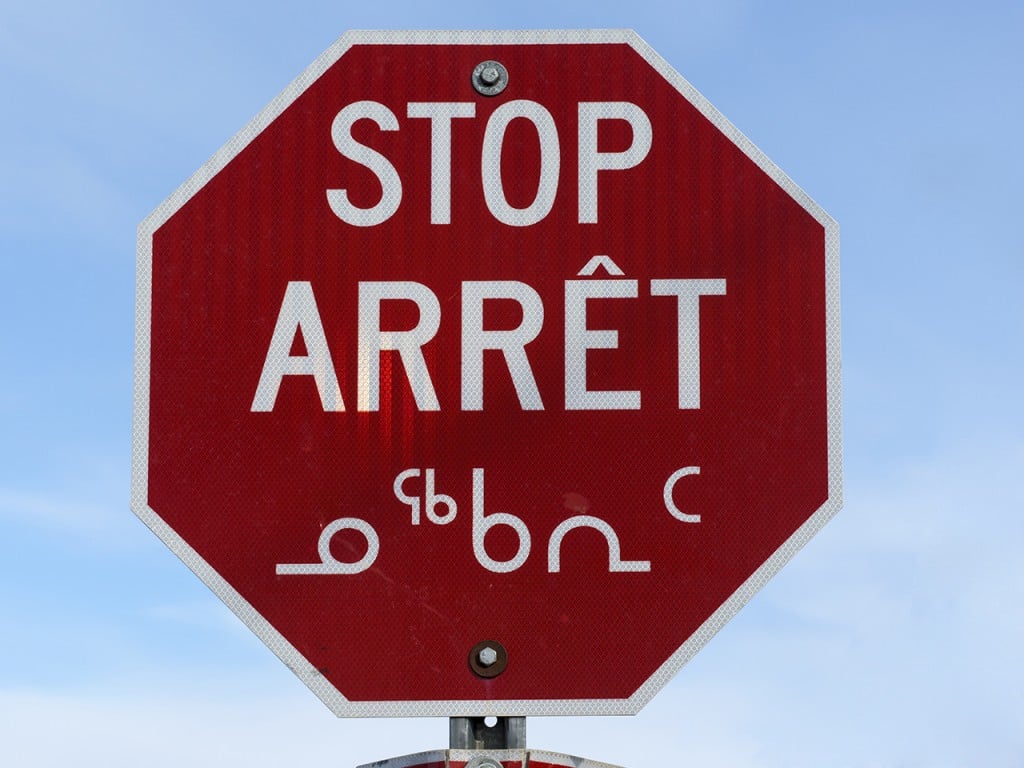 But in fact, no Indigenous language in Canada is considered safe, and three-quarters of these languages are endangered. The census differentiates between being able to speak a language and being able to converse in it, and reports that the proportion of people who can converse in an Indigenous language has gone down by 5.8 percent since 2006. This decline is serious enough, but the numbers are likely even worse, because “conversing” can mean so many things. As any traveller knows, having the ability to ask directions to the bathroom in a language is not the same as having the ability to chat about global politics in that language. We really don’t know how fluent people are.

Even more alarming is that fact that, since 1996, there has been a 52 percent drop in the number of people whose mother tongue is an Indigenous language. UNESCO lays out nine factors to measure the health of a language, and one of them is the ratio of of first-language speakers to second-language speakers. A significant decline in the number of mother-tongue speakers impairs intergenerational transmission, which is a major indicator of language health.

READ MORE: Activist Lee Maracle on why every question is worth answering (even if it’s racist)

All of this looks like severe language loss to me, not any kind of “surge.”

It is vital that we remember that these languages exist nowhere else in the world. When they die here, they die forever. Stripping Indigenous peoples of our languages was a deliberate policy of the residential school system, and despite a Truth and Reconciliation Commission that acknowledges this, there is yet to be any concrete action to reverse this damage.

There are constitutional protections and billions of dollars of funding for Canada’s two official languages, but what of the languages of the original peoples on these lands? I’m not suggesting that all 70 Indigenous languages be made mandatory and offered in every corner of this country. Instead, we need to be looking at supporting these languages where they exist, on the lands whence they originate. In Iqaluit, that would be Inuktitut, while in Halifax it would be Mi’kmaq. Each province and territory should pass an Official Languages Act recognizing the Indigenous languages that originate in those areas, and bolster this recognition with funding to ensure language transmission continues in schools, workplaces, and government. Incentivizing second-language learning in an Indigenous language could be done by hiring speakers in daycares, schools, and public service positions.

It often feels as though we are being asked to justify the continuing existence of our languages to a Canadian audience who may not value them. I believe we need to remind Canada that Indigenous languages are an Aboriginal right, enshrined in section 35 of the Constitution, as well as an inherent right — to speak and pass on our languages — that is recognized internationally by the United Nations Declaration on Indigenous Peoples (UNDRIP), which Canada has officially adopted. What we need now is an implementation of those rights, supported with adequate funding.

RELATED: ‘The families still have no answers’: Tanya Talaga’s new book on tragedy in Thunder Bay

Everyone stands to gain. Embedded within our languages are cultural concepts that have the potential to give all Canadians a deeper understanding of our place in relation to the world around us. Our languages have been systematically devalued for generations out of a misplaced sense of their inferiority. Yet many of the concepts currently being explored by Western medicine, environmentalism, and the humanities are foundational within Indigenous cultures and languages. Holistic health and teachings, understandings of interconnectedness with human and non-human beings, and ways of being in good relation with one another are all described in our various Indigenous languages.

Public perception has a powerful impact on policy, and when Canadians are told that Indigenous languages are on the rise, this obscures just how desperate the situation is. Twenty-four of the Indigenous languages listed in the census have less than 200 speakers each, and if what we truly need are highly fluent speakers, then even these numbers are likely inflated. Even among the so-called robust languages — Cree, Inuktitut, and Ojibway — language loss is speeding up.

We can and must start planning to offer these languages alongside English and French throughout the country. Don’t let a rosy reading of the statistics lull you into a false sense of security. In 10 years, we will once again count the number of speakers of Indigenous languages in Canada. Without immediate, robust, and heartfelt intervention, language decline will be irreversible. As someone who has fought hard to access and reclaim her own Cree language, I am asking Canadians to recognize that we are at a tipping point. Please, support us, and come learn with us.