Can the left win them back? 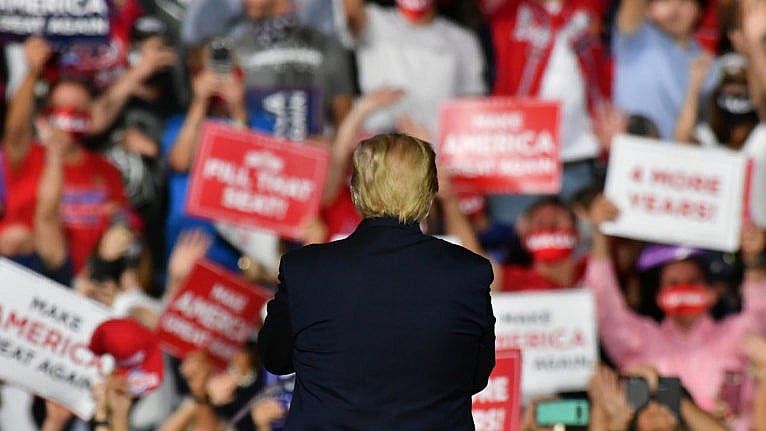 What is wrong with the working class? That question has been furiously debated among left-leaning intellectuals since the days of Ronald Reagan and Margaret Thatcher. Many of them think workers have consistently voted against their own material interests and even—as in the case of anti-mask and anti-vax protests—their own safety. The question has been asked with increasing urgency in the 21st century as the migration of anti-elite populism from its original home on the left side of the political spectrum to the right has accelerated, hitting a crescendo in 2016 with the election of Donald Trump in the U.S. and the triumph of Brexit in the U.K. The short answer usually on offer is: culture.

Whether defined broadly as the entirety of a way of life (the sum of social interactions that distinguish one region or era from another) or more narrowly as something akin to an ideology, culture is widely thought to trump material interest. This is a decades-old concept among academics, and often referred to as “the cultural turn.” The idea was to shift the emphasis in socioeconomic debates from objective reality (however defined and disputed) to the meaning humans derive from that reality, the way they make sense of their world and assume their identities. Much of the scholarship has been dispassionate, but many of the most prominent voices have not.

MORE: What does it mean to be working class in Canada?

As early as 2004, historian Thomas Frank’s seminal What’s the Matter With Kansas answered the titular question in a dismissive, often angry, tone. Misled by a right-wing media ecosystem that stokes racial resentment and xenophobia, and pushes other hot-button issues such as reproductive and transgender rights, the American working class focuses its populist anger on cultural and not economic elites, according to Frank: “Strip today’s Kansans of their job security, and they head out to become registered Republicans,” he wrote. “Push them off their land, and next thing you know they’re protesting in front of abortion clinics.” Democratic presidential hopefuls Barack Obama and Hillary Clinton also, to their political regret, chimed in, the former with his 2008 comments on how “bitter” displaced workers were inclined to “cling to guns or religion,” the latter with her “basket of deplorables” remark eight years later.

There is truth in all those comments, says sociologist Vivek Chibber, but they still miss the point. The core argument in his new book, The Class Matrix, is that workers haven’t so much consented to a resurgent market economy, with its concomitant shrinking of the welfare state, as they have become resigned to it. “That’s the society we live in,” Chibber says by phone from New York. “When we on the left ask that what’s-the-matter-with-Kansas question, we’re not considering the choice set that faces workers, the bread-and-butter decisions they make every day—how do I find a job, how do I keep it—and [the fact that] they make those quite rationally, on an individual basis.” There is not much reason to think collectively, and even fewer pathways to collective action. “The vaccines are a good example,” Chibber continues. “You’re told to take them by people you have good reason to think despise you for your way of life.”

The left-wing intelligentsia, centred in universities, tends to focus on its own issues, says Chibber, from “gender fluidity to white privilege.” In the same fashion, the university-educated members of middle-class unions—workers who essentially share the worldview of their managers—focus on theirs. And, as anyone who has been involved in a middle-class union—as I have, in a journalists’ guild—can attest, those issues are far more about improving severance packages than fundamentally altering the relationship between workers and bosses.

RELATED: The working class has had enough

That is a sea change from the relatively recent past, Chibber contends. “From the early 1900s into the 1970s, labour parties had two things in common,” he says. “One was they were all based physically inside working-class neighbourhoods. Social, working, private, political life [was] wrapped together. If union or party people told you the vaccines were good for you, you’d probably believe [them, because they are] the people who fought for your jobs, housing and medical care. The second thing was that the party candidates elected to office were themselves working class.”

Now, the largest company workforces are geographically dispersed, and legislatures, as Michael Sandel notes in his 2020 book The Tyranny of Merit, resemble their 19th-century forebears—more diverse in race and gender, but just as stratified in socioeconomic status. In terms of being dominated by well-off professionals, Chibber says, “I think the NDP is going the same way in Canada, though it’s not as far along as the Democrats, who are basically a party of millionaires.”

It’s only rational, says Chibber, that “working-class confidence in any basic institution is close to zero.” For him, the first step toward writing “a new script” for the revival of labour politics is realizing that the problem is the economy, stupid, and not the workers.

This article appears in print in the April 2022 issue of Maclean’s magazine with the headline, “The cultural spurn.” Subscribe to the monthly print magazine here.