A 1989 note recently went up for auction with a reserve price of $3,000, showing you can't judge Canada's unofficial second currency by its face value 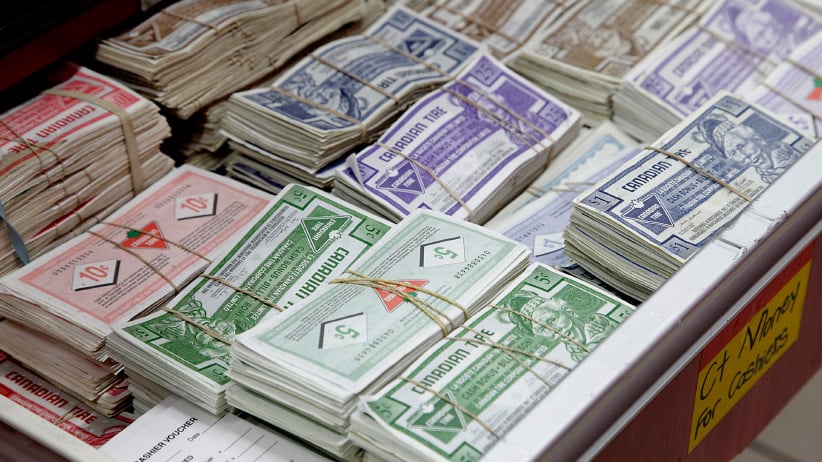 Marc-André Lemire stood at the counter of a Canadian Tire store in Montreal, with a fist full of multi-coloured money he’d just received from the cashier. He flipped through the wad and stopped abruptly when he came across a $2 bill. It had been issued in 1992, and it took a matter of seconds for Lemire to realize the note was worth thousands of dollars. The serial number on the back of the Canadian Tire coupon is what made it special—the amount of space between each of the 10 digits was a few millimetres less than on a standard bill. Lemire tucked it into a plastic sleeve, and called a friend to crow about his find.

Many people remember a time when they came across Sandy McTire’s face smiling from a stash in their grandmother’s kitchen cupboard. But for some, Canadian Tire money has far greater worth than its face value. A 50-cent note issued in 1958 is now worth upwards of $1,500; this month, an anomalous $2 bill from 1989 went up for auction with a reserve price of $3,000.

“If I tell somebody that I collect Canadian Tire money they usually laugh and say something like, ‘Oh, so you want to buy a new barbecue?’” says Lemire. “They don’t know that these coupons can actually be worth something.”

At least 250 people across the country, however, know full-well. Members of the Canadian Tire Coupon Collector’s Club have been cataloguing, preserving and trading Canadian Tire money since 1990, compiling a list they believe includes every coupon ever found. The store chain is not directly affiliated with them, but has rights to the organization’s name, and says it appreciates the group’s ongoing loyalty and support.

Like most people, I had no idea this club existed until my aunt married Lemire a decade ago. Today, my uncle estimates he has 1,000 bills in his core collection, and another 5,000 that he keeps to trade.

As with legal tender, it takes an old, rare or anomalous bill to attract collectors. Replacement notes—issued to replace a series of bills damaged during printing—draw interest. Mismatched serial numbers (the number is printed twice on the back on each bill) or slight alterations to Sandy McTire’s appearance also add value. Some collectors look for what they call “highs and lows”—the highest and lowest serial number for every bill ever printed.

The goal isn’t necessarily to complete a collection. According to Russell Belk, a professor of marketing at York University’s Schulich School of Business, most collectors are more interested in the story behind their latest find. “It’s sort of like treasure hunting,” he says. “A collector can tell stories and remember things like where they found this rare treasure.”

Elaborate tales abound of collectors ferreting out uncommon coupons by visiting store after store, beseeching staff to let them see as many notes as possible. But they’ve also been known to wear out their welcome. Says club director Jerome Fourre: “Yes, I’ve been thrown out of stores before.” 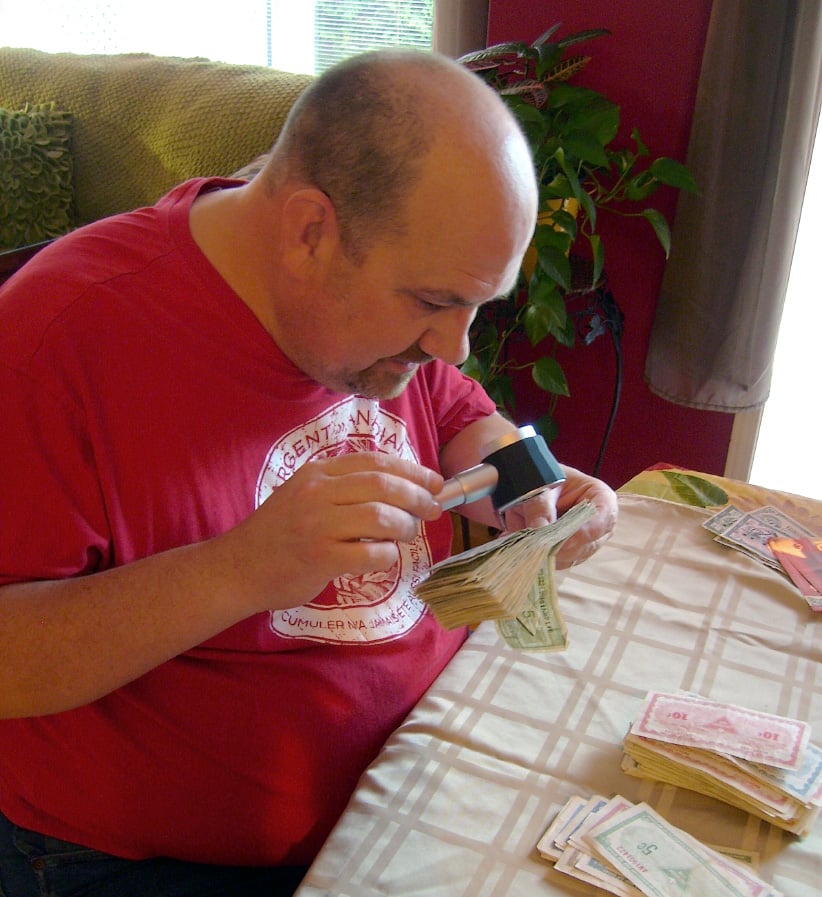 To share their stories, members hold a dozen or so meetings across the country each year, plus an annual weekend-long swap meet. Their gatherings typically include show-and-tell time, as well as an “educational presentation” where members are briefed on a specific topic (the theme of one recent meeting: new replacement notes).

Pursuing money redeemable at only one business might seem quixotic to outsiders, but as Fourre says, “When you’ve got the collecting bug, you’ve got the collecting bug.” For Lemire, it felt like a natural transition from his coin-collecting days, and discovering likeminded enthusiasts encouraged him to continue. “I thought I was the only guy doing this,” he says. “When I realized there was a club I thought, ‘Okay, I am not crazy’.”

RELATED: Canadian Tire is getting a digital option

The marketplace is changing, however. Three years ago, the company launched a digital loyalty program, where money is stored on a card or a smartphone app after every purchase. The back of the loyalty cards boast “there’s no paper Canadian Tire money to store”—words to fill a coupon collector with dread.

While Canadian Tire says it recognizes the passion for its money, and will continue to print it, collectors aren’t so sure. Lemire used to visit 13 Quebec stores a week to load up on bills; he only bothers visiting about three now, because he’s noticed there are fewer notes in circulation. While dwindling numbers of bills could make those available more valuable, Lemire fears demand will fade because younger generations aren’t familiar with Canadian Tire money, and won’t collect it.

Still, most current collectors aren’t discouraged. Canada had a 25-cent note called the “Shinplaster” that’s been out of print since 1923, notes Fourre, yet people still collect them. As for my uncle, he reflects gratefully on the social connections he’s made, yet says the day will probably come when he decides to sell his collection. Then again, he adds, “maybe one day it’ll be time to buy something at the store with all my coupons.”