Your helicopter parenting means you're privileged

For some moms and dads, hovering is just not an option. Why are their peers so quick to judge them? 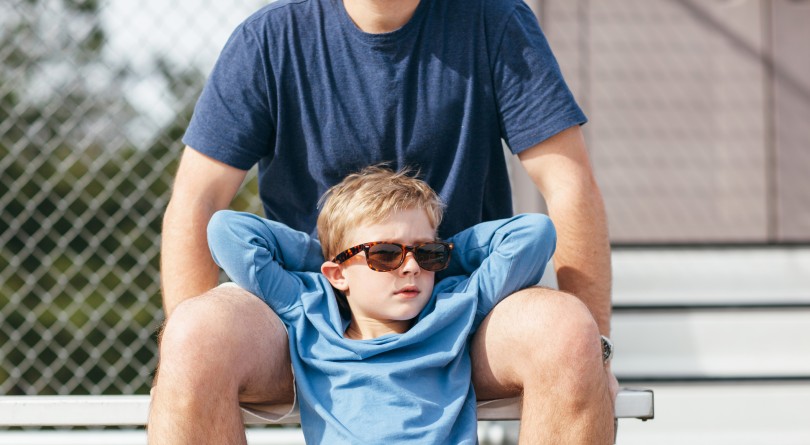 Parenting is a delicate dance, and finding your footing is a matter of trial and error. You’ve got to learn how to move with your tiny partner, while doing the pas de bourrée through life’s responsibilities and the grand jeté over your own childhood baggage. Eventually, the music shifts, telling you it’s time to stretch out your hand and let your partner go. Parents who don’t have the luxury of watching their child’s every step must hope for the best at these moments. Not so, for so-called “helicopter parents.” In many cases, they refuse to let go, and some go so far as to suggest that theirs is the only common-sense option. “What is derogatorily called ‘helicopter parenting’ is just good old parenting,” declares Ann Brenoff, an L.A.-based writer for HuffPost in a 2015 op-ed. Lauren George, a mommy-blogger from South Carolina, writes that raising children “honestly doesn’t take a village. It just takes me and their dad.”

Actually, this is an attitude that ignores common sense—at least, the kind that tells you different socio-economic circumstances lead to different parenting approaches. Fully 3.4 million Canadian families—including 1.7 million children—live in low-income households. Seventy per cent of low-income adults are considered working poor, that is, employed but not making enough to get by. It’s safe to assume that the majority exert as much positive influence over their kids as they can. That’s what parents do. But for them, hovering is not an option. They must instead resign themselves to the limits that circumstances place on their time, resources and energy. A certain level of privilege affects how parents protect and nurture their children, so we need to shift the narrative from one of judgement to one of understanding.

The virtues and vices of helicopter parenting have been debated for years. From shadowing their toddler’s playtime to calling their high schooler’s teacher over unsatisfactory grades, helicopter parents try to anticipate their children’s needs and shape the ecosystems they live in. Researchers have identified some advantages to this parenting style, such as greater satisfaction with college and support navigating today’s perilous economy. Wanting the best for their child is the impetus, but at what cost? Research has also shown that helicopter parenting can lead to issues for children like anxiety, entitlement and poor coping skills. Yet proponents feel that the benefits outweigh the risks. In their eyes, the parent who doesn’t oversee the creation of the science fair project, who doesn’t jump in the middle of a squabble over sharing toys, or who—gasp—allows their child to walk home from school alone, is doing that youngster a grave disservice.

A variety of factors shape the ability to provide such an involved and attached level of parenting, and finances are among the most important. Helicopter parenting is more readily adopted by parents in the socioeconomic stratosphere. Money may not buy happiness, but it creates space and time—including, in some cases, the option for one parent to stay home. Sociologist and author Margaret K. Nelson’s study of parenting styles in 2010 found that most parenting duties fall to the mother, whether she’s in the workforce or a stay-at-home mom. And Nelson’s research revealed an interesting self-perpetuating cycle: professional women who left work to prioritize parenthood often justified that decision by making child-rearing a full-time, all-encompassing job, which in turn raised the stakes of what ideal parenting looks like. This shifted goalposts, creating a new, hard-to-achieve standard for others to live up to.

In our current times of social media, visibility and connection through digital means offers a new level of support, but also a new level of judgment. Parents—mothers, particularly—aren’t just living up to the standards set by moms on the playground or the PTA, but by the ones they encounter online.

Tanya Hayles, founder of social media community and non-profit organization Black Moms Connection, understands this well. She created BMC, she says, to let participants “escape the judgment of helicopter moms who don’t understand the cultural differences in how we raise our children.” Yet even BMC moderators have to remind moms in the group that it’s no place for judgment of others. “Whether it’s vaccination, introduction of foods, circumcision or internet access,” she says, “some moms feel really strongly about those topics and more, but sometimes forget that there’s no handbook, right way or wrong way to raise the babies.”

Regardless of ones’ parenting style, the leap to judgment is often borne of egocentricity: I wouldn’t do this, so anyone who does is wrong or I think this way is best, and anyone who doesn’t is wrong. Ego permeates much of our human interactions, but we offer a very myopic opinion when we let our perspective wholly colour the validity of another’s experience. Hayles remembers a time where she posted in the BMC Facebook group about allowing her five-year-old son time to watch TV and use a tablet. “I gave context surrounding both,” she recalls, yet she was met by harsh judgment from another mom who ignored her reasoning and simply stated the boy shouldn’t be permitted to use either. What good are standards if we don’t take the circumstances that shape them—and the ability to reach them—into account?

Surely employment is one of those circumstances. Shift work, overnight jobs and long commutes affect whether a parent is home when their child wakes up or finishes class. Mom or dad may have to teach their child how to take the city bus to school, or to cook a simple meal when they get home. Statistics Canada shows that the number of families with two employed parents nearly doubled between 1976 and 2015, with 75 percent of dual-earner families working full time by 2015. These parents are, by and large, no less attuned than their hovering counterparts to shaping healthy environments—they just use different means. While a helicopter parent may constantly watch TV and movies with their child to ensure their intake is appropriate, others may employ channel or site blockers.

What, then, do parents who lack the time to watch over their children’s shoulders, or the money to hire tutors to give their kids a leg up in school, offer their kids? Resilience.

READ: We need to stop worrying and just let our kids play

Studies of parenting styles show that children whose parents don’t hover—because the adults take a conscious, “free-range” approach, or because their lives just don’t allow for it—are quicker to recover from setbacks, more comfortable with independence and have higher self-esteem than their heavily monitored peers. The guilt many parents feel when they’re unable to be as present as they’d like, or provide what they wished they could, is rewarded by the innate hardiness their children develop, and the healthier relationship their children have with risk and disappointment.

But society and the law increasingly reflect the standard set by well-off mothers and fathers. The plight of Debra Harrell, a black South Carolina woman charged with a felony because she let her nine-year-old play at a park while she worked, is a case in point. Harrell’s daughter had previously accompanied her to the McDonald’s where Harrell was employed, using her mother’s laptop while Harrell worked. But the family’s home was broken into and the laptop stolen. In need of work, yet without child care or sufficient resources, Harrell let her daughter play with friends at the park, in possession of a cell phone so that they could stay in touch. Here, a mother was criminalized for doing her best within her circumstances, unleashing a cycle that separated her from her child (her daughter was kept in foster care for nearly three weeks) and could have put her job in jeopardy, creating even more dire conditions for the family.

Is there a remedy to such situations? A way to level the playing field for parents? It depends on who you ask. Ontario’s increased minimum wage may help some working parents to bring home more, but it has led to a hike in daycare fees. The long-awaited national childcare program may be a better way to assist families. Yet timelines and plans are sketchy. Overall, the workforce, the education system and the legal system need to be more responsive to the struggles families face and aware of how biases weigh on the stress of raising children.

Parenting is hard enough as it is, and it’s as varied as the personalities of everyone involved—adults and kids. Though privileged families might see constant, attentive parenting as the gold standard, we all do our dance in different ways, and judgment of the less privileged is misdirected energy. Attention, helicopter parents: before you critique that other mom or dad for not doing things the way you do, remember they are very likely doing their best, in often tougher circumstances than yours.