How the pandemic changed family planning

While experts predicted a “baby bust” in the wake of the pandemic, the Pacific Centre for Reproductive Medicine is seeing a boom in the demand for fertility treatments

By Pacific Centre for Reproductive Medicine May 4, 2021 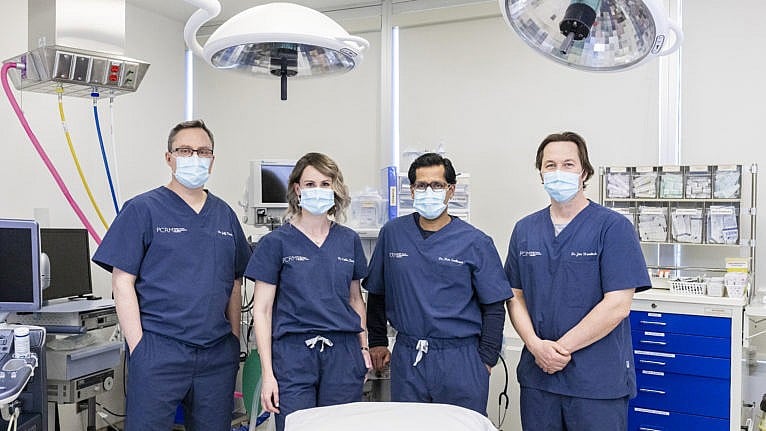 After five years of trying to have a baby on their own and through IVF, North Vancouver couple Sara and Jaimie Rogers were frustrated and almost ready to throw in the towel. Then COVID-19 hit—and their resolve to start a family grew stronger.

“During the pandemic, we really saw the importance of family,” Sara says. “It made us realize how much more we wanted to try until we had a kid.”

So, as soon as the Pacific Centre for Reproductive Medicine (PCRM) reopened after being forced to close its doors for a couple of months during the early days of the pandemic, the Rogerses were there to continue their treatment.

And they weren’t alone.

Caitlin Dunne, M.D., partner and co-director of PCRM, has noticed a growing trend: the pandemic is prompting more people to start or expand their families. “It’s really showing people what’s important in life,” she says. “Patients are expressing to me that they’ve had a chance to slow down and assess what they really want most, and a family is at the top of the list.” 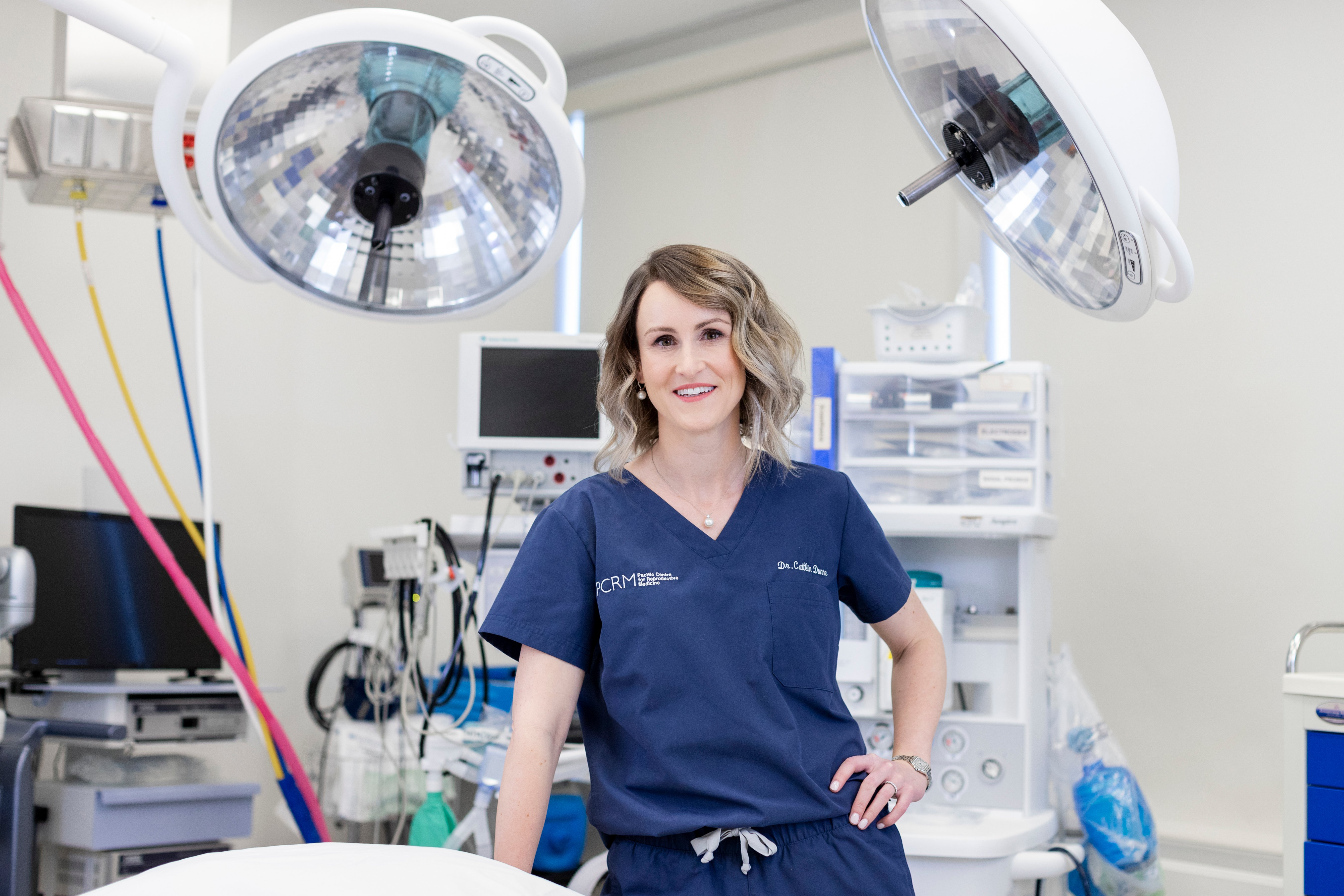 Dr. Dunne recently crunched the numbers and found that PCRM, which has several locations in British Columbia and Alberta, saw 27 per cent more fertility treatments in the last six months of 2020 compared with the same period in 2019. She adds that they’re also seeing more women who want to freeze their eggs, which she believes is tied to the pandemic, too. “Women feel like they’ve lost a year of networking and dating, and they’re cognizant of their egg health and ovarian aging,” she says.

There’s no sign of things slowing down any time soon. When PCRM reopened, Dr. Dunne says they saw some pent-up demand but have since caught up and are now seeing sustained interest. “In my opinion, it reflects an ongoing trend or a realignment of values,” she says. 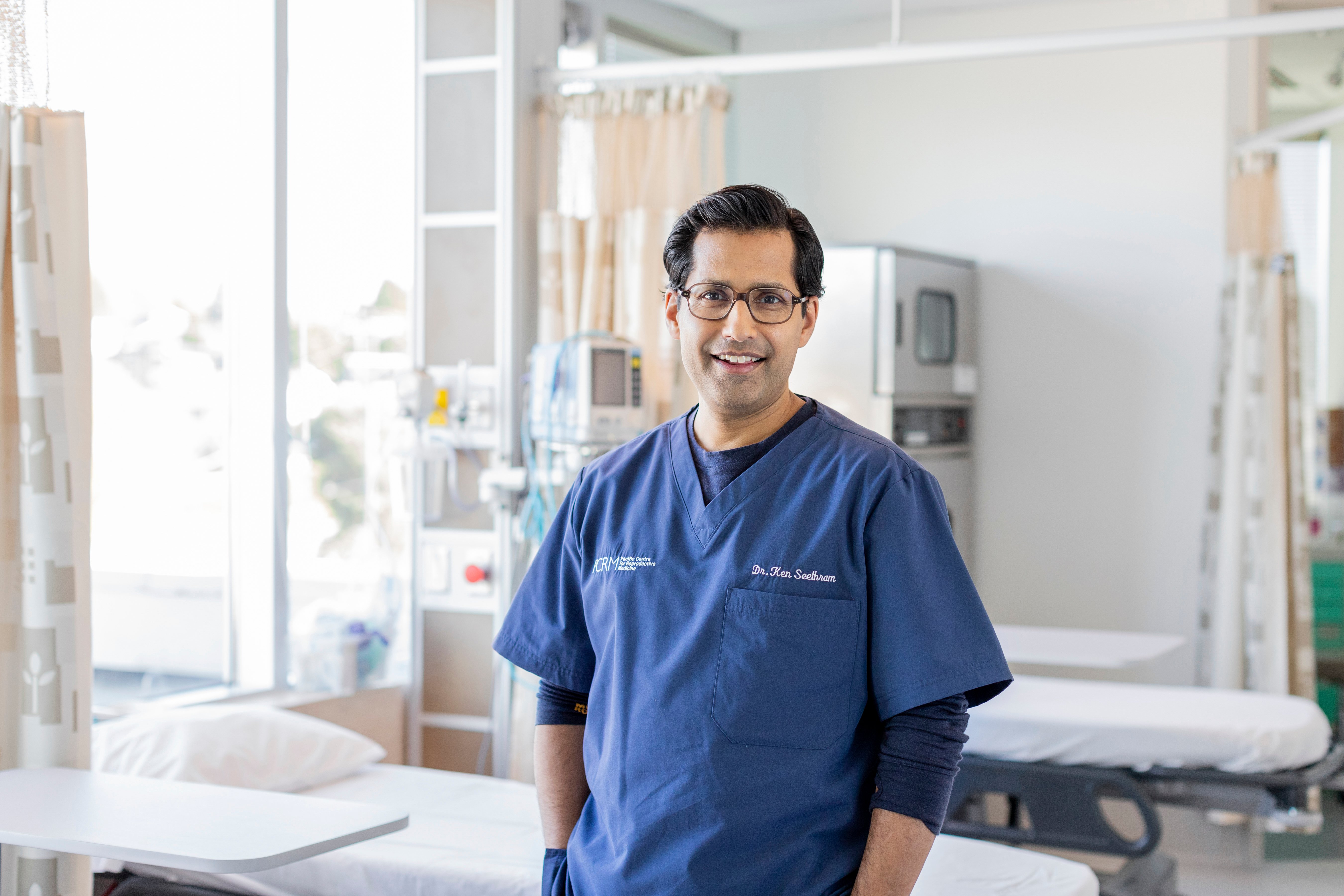 This is in contrast to the “baby bust” predicted at the beginning of the pandemic by many experts based on past periods of social and economic turmoil, which, to be fair, is subtly bearing out in the general population. In B.C., the number of babies born in January 2021 was down five per cent compared with the average of the previous five years, and down two per cent in February and March 2021. However, it’s worth noting birth rates were already trending downward across Canada before the pandemic.

Dr. Dunne suspects the discrepancy between the declining birth rate and the increasing interest in fertility treatments is due to the fact that those seeking fertility treatment are different from the general population. “We’re dealing with people who have been trying for many, many years and don’t want to delay another year, versus people who are going to get pregnant naturally and might say, ‘No rush. Let’s start trying later on.’”

While the pandemic delayed some treatments, which Dr. Dunne says was devastating for many patients, it also allowed PCRM to leverage its digital capabilities to improve the patient experience. The centre was already using electronic forms and records, which allowed staff to seamlessly start working from home and avoided any further disruptions in care. The centre was also already producing injection instructional videos, which have seen increased views during the pandemic. “We had developed a lot of online teaching resources, purely for the convenience of our patients, which made us better able to adapt,” Dr. Dunne says. 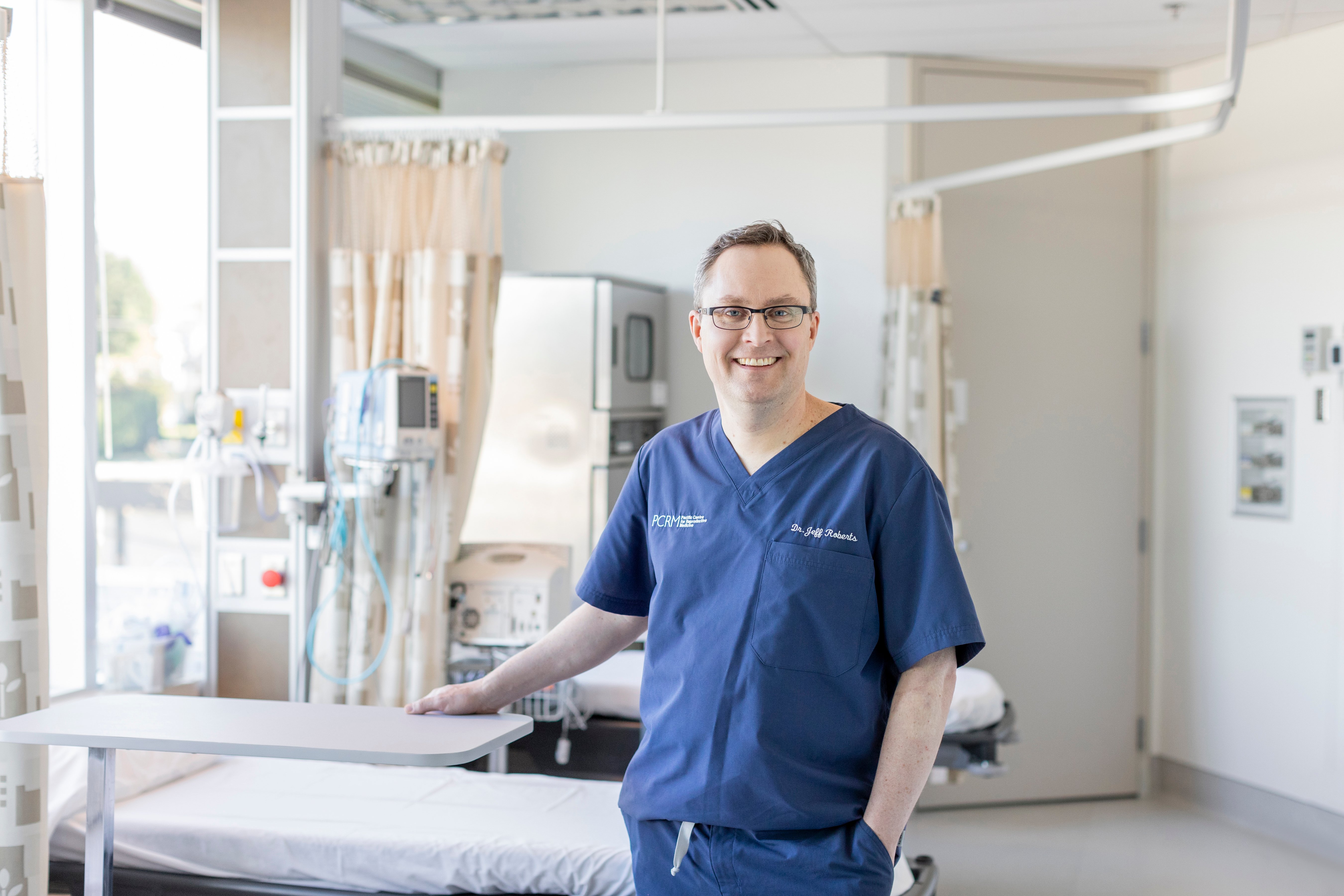 Support groups also moved online. Dr. Dunne notes many patients actually find it more convenient and relaxing to meet from the privacy of their homes. “That can be very comfortable when we’re talking about infertility, which is deeply personal,” she says, adding that this way people don’t have to take time off work, drive to the office, pay for parking or spend time in the waiting room.

Throughout the pandemic, Dr. Dunne says PCRM, which celebrates its 15th anniversary in July, has stayed abreast of the evolving science on how COVID-19 and the vaccine could affect patients and has shared that information with them so they can make the best decisions for their families. PCRM physicians were even involved in creating a national guidance document for the safe reopening of fertility clinics, as well as the guidelines on COVID-19 vaccinations for fertility patients. (The guidelines point out that pregnancy is a risk factor for severe COVID-19 symptoms and recommend that pregnant people or those who hope to conceive receive the vaccine.) 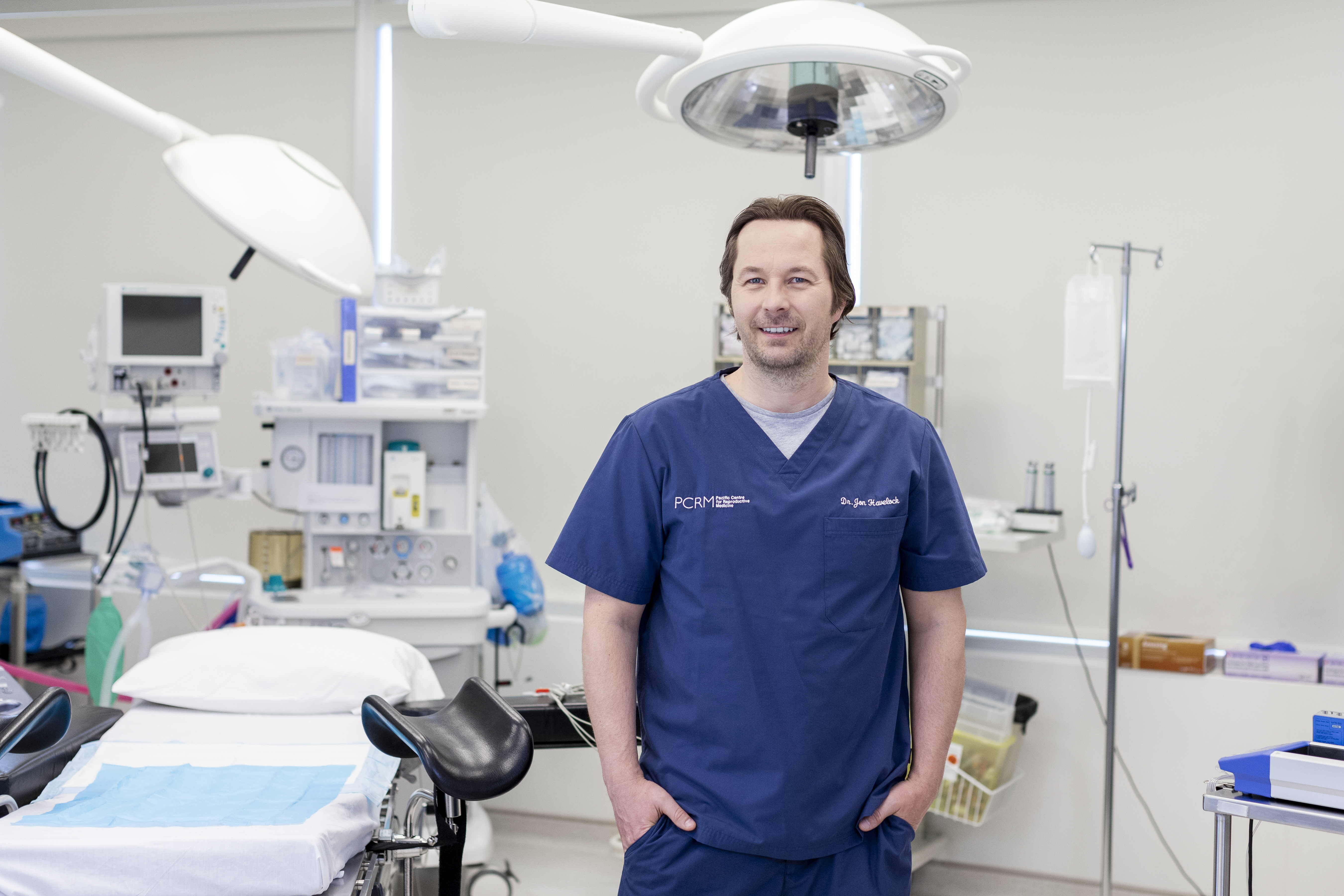 The pandemic created a unique opportunity for the Rogerses, too. Sara, a wedding photographer, and Jaimie, who works in the travel industry, saw their work suddenly dry up. They used their new-found free time to focus on their physical and mental health, which they believe helped them get pregnant.

On February 7, Hayden Everest was born. Jamie says his name has special meaning: “His middle name is Everest because of the journey and the mountain we had to overcome in order to have him.”