Charlotte’s next act: Life after lymphoma

At age 64, Charlotte Grad was showing no sign of slowing down. She was an avid traveller, a loving grandmother, a theatre regular and a fitness enthusiast. If she wasn’t at the gym, she was hiking or cycling one of the many trails near her Markham, Ont., home. Charlotte and her partner of 23 years, Colin, were keen to get the most out of every moment.

It was 2017, and Charlotte was preparing for a long-awaited adventure through India when she began to feel a persistent pain near her groin. She knew her body well, however, and saw no reason to change her travel plans. While overseas, though, things worsened. “We went to India for two weeks and I was on anti-inflammatories and ibuprofen the entire time,” recalls Charlotte. “I began to think I probably needed a new hip. I mean, I was 64 years old and I’d been heavy into exercise for 20 years, so it seemed like I was due.”

Charlotte looks back on her trip to Delhi, Varanasi, and Jaipur fondly, but she concedes that this was when she knew something was seriously wrong. “When I returned to Canada, my doctor ordered a bone scan, and the bone scan showed something that shouldn’t have been there,” she says. “That’s when the ball really started rolling.” 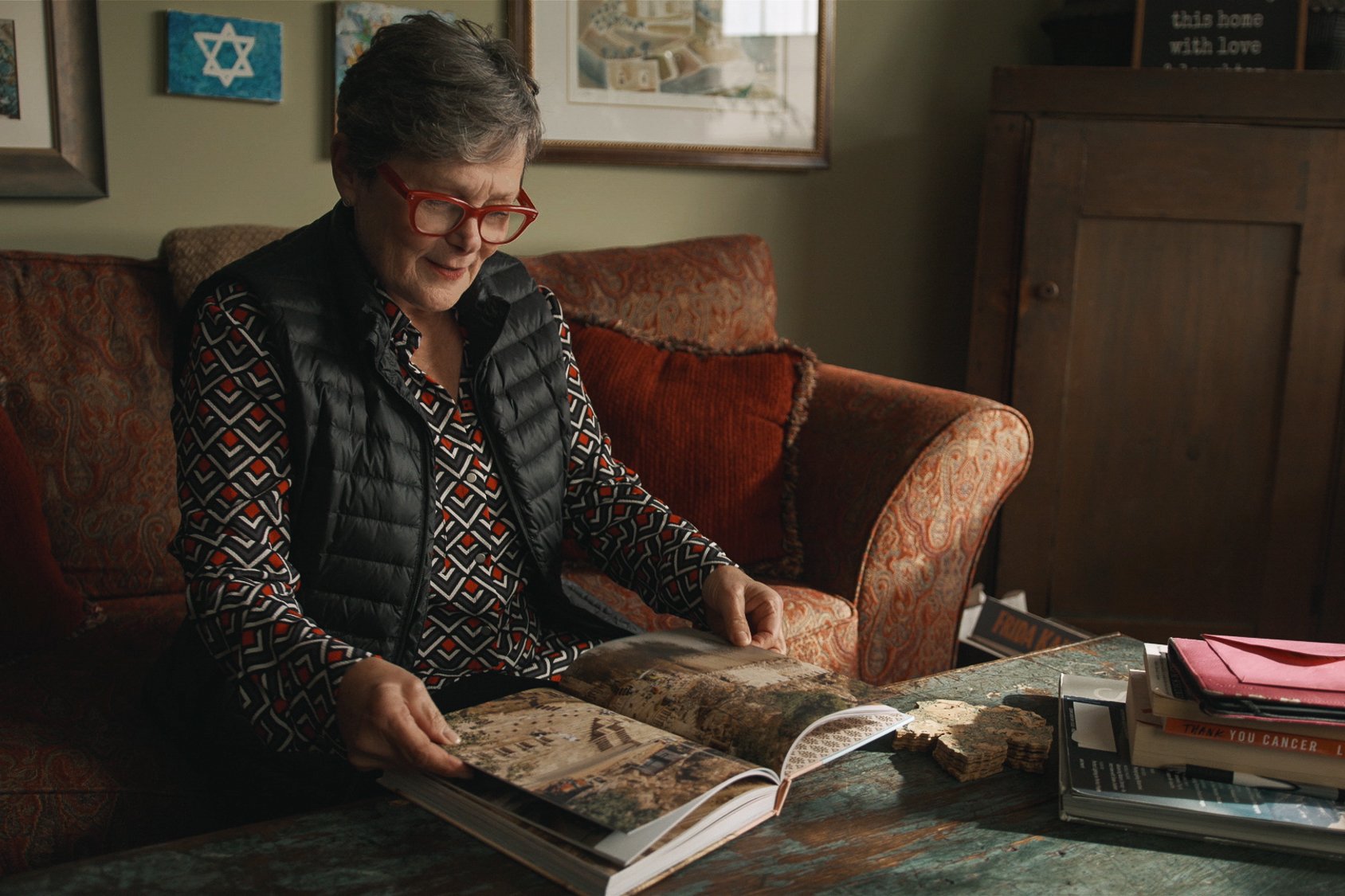 Charlotte reminisces about her travels while flipping through a coffee table book on India.

Charlotte’s medical team originally suspected the mass to be sarcoma, but after a biopsy it was determined to be diffuse large B-cell lymphoma (DLBCL), the most common form of non-Hodgkin lymphoma (NHL). “When they first diagnosed me, they told me that I was a lucky lady, because NHL has a better survival rate than soft-tissue sarcoma,” Charlotte says. “What they didn’t know yet was that my particular cancer had two mutations, which made it more aggressive and resistant to anti-tumour treatments. They also didn’t know that it had already advanced to stage four.”

After enduring two rounds of chemotherapy and two trials, Charlotte’s cancer had doubled in size instead of shrinking. This rendered her ineligible for stem cell transplantation. “That’s when you really see all the odds change,” says Charlotte’s oncologist, Princess Margaret Cancer Centre’s Dr. John Kuruvilla. “We then got into a very dire scenario where there was no treatment authorized for sale in Canada and we had to look to experimental options.”

“They sent me home,” Charlotte recalls. “At that point, they told me that I had six months to a year to live.” 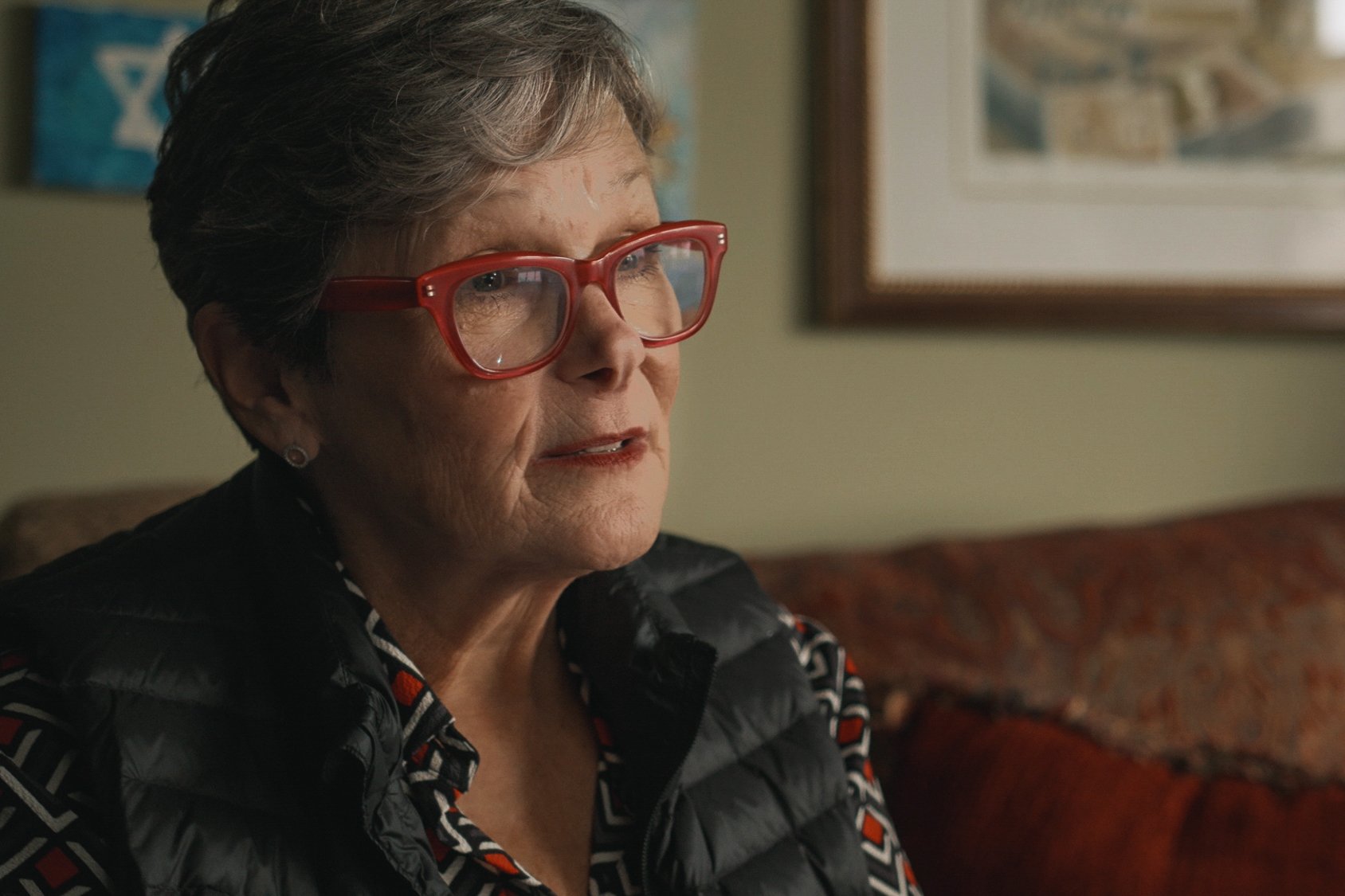 Charlotte recounts the moment that she received her initial diagnosis.

During this time of incredible uncertainty, Charlotte and the eldest of her three children, Melanie, threw themselves into researching every option available to relapsed or refractory DLBCL patients. In their search, and through continuous consultation with Dr. Kuruvilla, their collective focus shifted toward a cutting-edge class of therapy called chimeric antigen receptor T-cell therapy, or CAR T cell therapy. “The goal with CAR T therapy is to take immune cells from the patient and engineer them so that they’re targeted against a specific marker expressed on the cancer cells and activated to kill those cells when they come into contact with them,” explains Dr. Kuruvilla. “Once that’s been done, the cells are reintroduced into the patient’s bloodstream.”

Charlotte was given the option of pursuing CAR T therapy in the United States. However, she elected to be treated closer to home—something that wouldn’t have been possible without the hard work and support of Dr. Kuruvilla and his team. In August of 2018, Charlotte underwent the many physical exams and tests that would prepare her for having her immune cells harvested. Once harvested, these same cells were sent to a lab to be engineered.

By September, the genetically altered cells were back in Toronto and ready to be reintroduced into her bloodstream. After weeks of anxious anticipation, it all came down to a short, hour-long procedure. Charlotte was then promptly admitted to the hospital for two weeks to be monitored closely for side effects. “The whole time I was in the hospital, Colin and my kids were in the room with me 24 hours a day in shifts,” she says. “I wasn’t left alone for a minute. I remember thinking that I needed to get through it for them.” 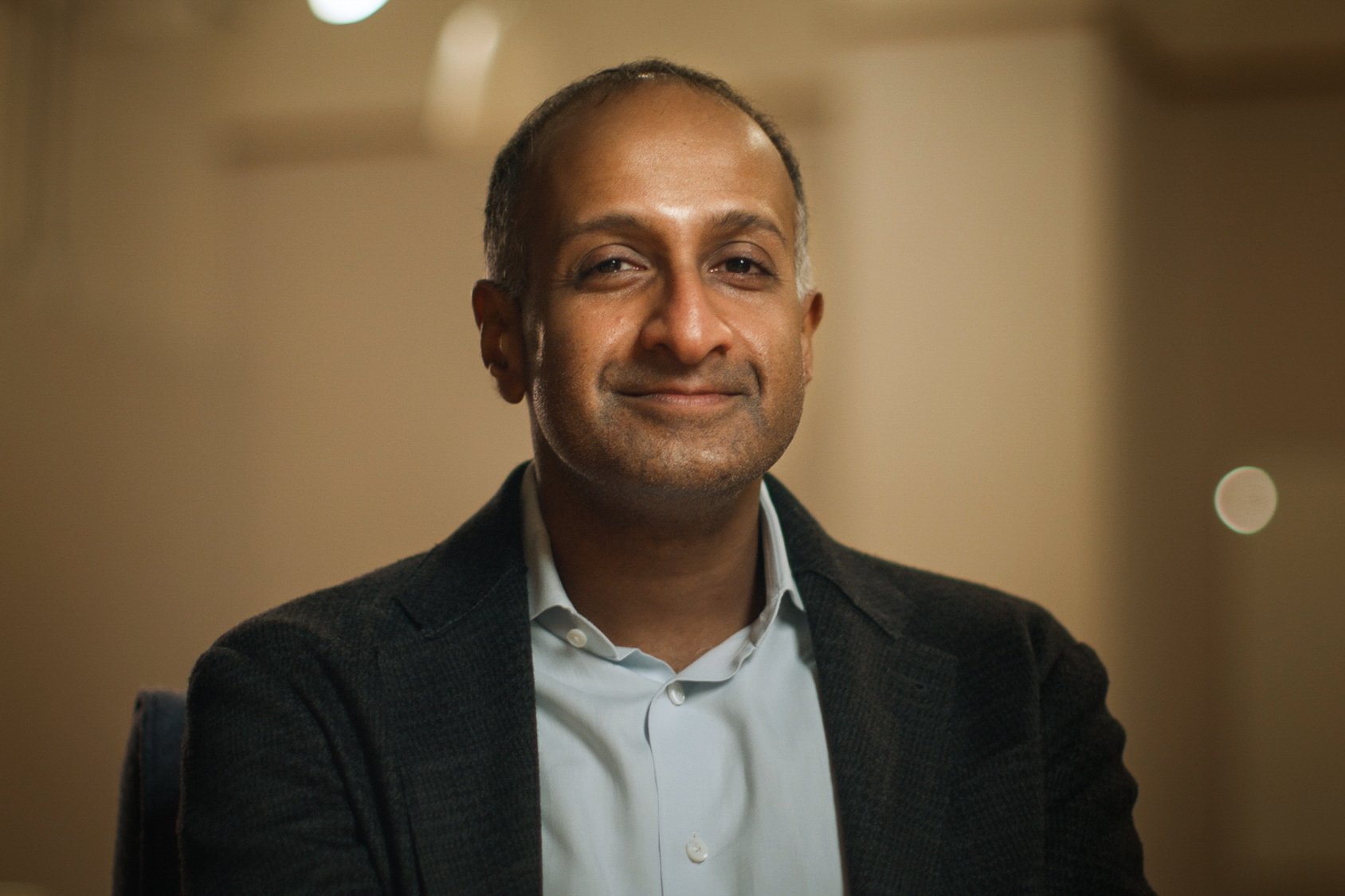 Two years later, Charlotte remains in remission, and she credits her health care team for every hike, vacation, birthday, and socially distanced visit with her grandson. But–in her case–Charlotte likely wouldn’t be here today if not for access to CAR T therapy through a clinical trial. Unfortunately, there are others who are still waiting for access to therapies like CAR T therapy. “There are only a handful of centres across Canada that are set up to give the treatment,” says Dr. Kuruvilla. “So, for now, there’s this inequity of access across the country that we really want to see corrected.”

Even in remission, advocacy and hope remain near and dear to Charlotte’s heart, which is why she’s so glad to share her story. “I want people to know that you can live with cancer,” she says. “It might kill you or it might not, but you can keep living in the meantime. When I was first diagnosed, I didn’t know you could do that. If I can inspire one person not to give up, to hold on and continue to self-educate and advocate for their health, I’ll be so happy.”

In early 2020, Charlotte took an acting course at Ryerson University, a self-admitted departure from her comfort zone. She’s also hiking again with Colin, up to five days a week. All these things would have been unimaginable just a few years ago.

“Today, I feel amazing,” Charlotte says, her zest for life matched by the bright red shade of her eyeglass frames. “I’m planning my life again. For two years, I couldn’t plan anything even a month ahead. Now I have as much of a future as anybody. I truthfully cherish every day. I’m not going to miss a moment of it. The vibrancy of everything is so beautiful to me now.” 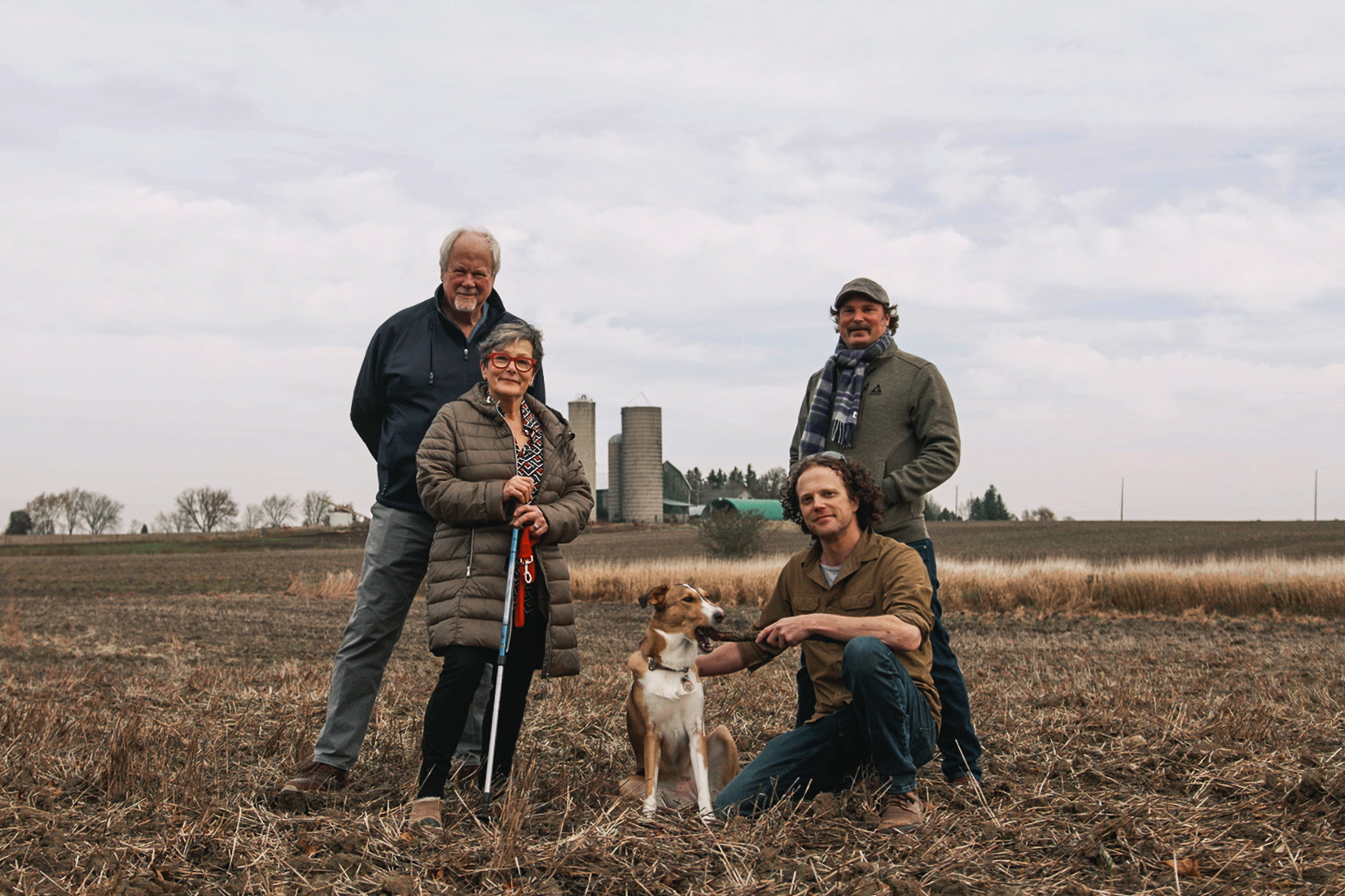 Out for a walk on her Markham, ON, property with partner, Colin, and sons, Ori and Matthew.

Lymphoma Canada is dedicated to ensuring all lymphoma patients across the country have access to the most accurate and up-to-date information about their illness, the support they need, and the best available care and treatments for each lymphoma subtype. Please visit lymphoma.ca to find additional resources, seek support, or to learn more.

Sponsored by a member of Innovative Medicines Canada.