How a Syrian refugee came to call Sault Ste. Marie home and created the life he didn’t even know he wanted 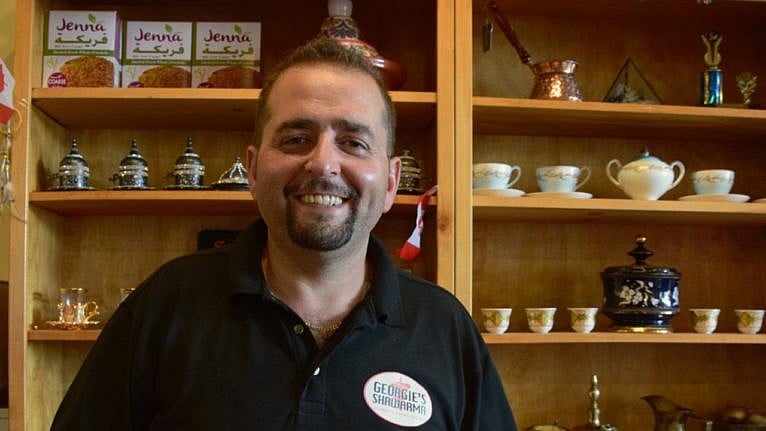 In 2015, when George Al Khoury began his sponsorship process to come to Canada, he had never even heard of Sault Ste. Marie. But from the moment he arrived, he’s been happy to call the Soo home.

Al Khoury’s passage to Canada began when political unrest grew untenable in his native country of Syria. He fled to Lebanon, where he became a “fixer” working with journalists and filmmakers from around the world. That’s how Al Khoury met, and soon bonded with, Michael Friscolanti, formerly a senior writer with Maclean’s, while Friscolanti was working on the cover story “Saving Family No. 417.”

“Michael asked me if I wanted to come to Canada,” recalls Al Khoury. “I thought about it over and over, but I didn’t want to leave my home.” However, as Lebanon struggled to absorb more than one million displaced Syrians and he saw the difficulties his family members were having as refugees in other countries, he made the decision. “No other country gave us rights like in Canada. I called Michael and said, ‘Let’s do it.’” Two years later, on August 31, 2017, Al Khoury arrived in Sault Ste. Marie.

Because he was privately sponsored, Al Khoury had to start job-hunting right away. He worked at a pizza restaurant and at the city’s Italian Club as a server. He also volunteered with the career centre, where he was offered a job to accompany newcomers to learn about the Canadian kitchen and take lessons with a certified chef. He then helped the newcomers to find jobs. “I learned a lot about myself as well as about different types of kitchens, and I met many restaurant owners.” 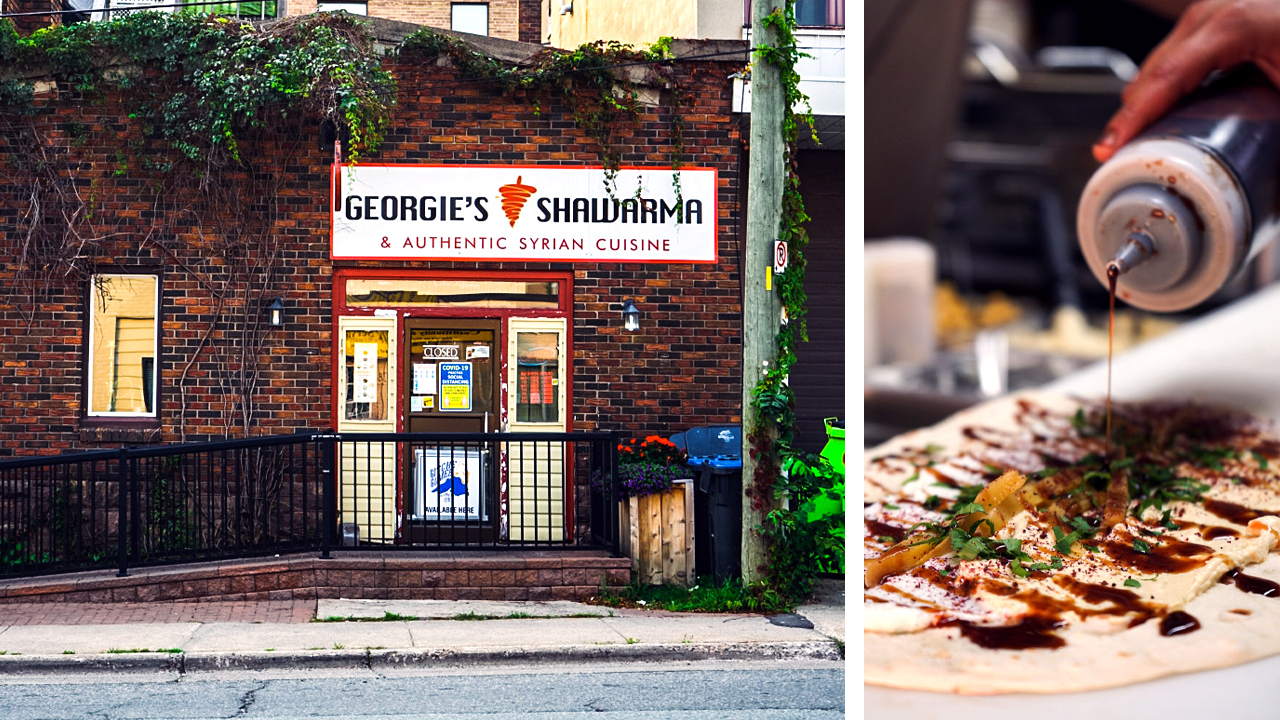 This would lay the foundation for his own restaurant, Georgie’s Shawarma, which he opened in October 2019 after a lot of hard work, learning and assistance from the Community Development Corporation. Georgie’s Shawarma offers authentic Middle Eastern cuisine that fuels Al Khoury’s love for cooking, hosting and helping people.

“No one had ever opened a Syrian restaurant here,” he says. It brings “positivity on many levels. For me, personally, to have my own business. It’s also good for the community to have another place to come, and it’s good for newcomers. I have seven employees; four are newcomers who speak no English.”

For Al Khoury, all of this was possible because he came to the Soo. In fact, a number of programs exist specifically to help newcomers to the Soo, whether from across the globe or across the province. The WelcomeToSSM initiative addresses questions about moving to the Soo, including how to find a career, where you or your kids can go to school, and lifestyle questions about cost of living and where to live. The Local Immigration Partnership brings together service providers, settlement agencies, community groups, employers and other key organizations to create a welcoming and inclusive community for newcomers. And the Rural and Northern Immigration Pilot in SSM helps local businesses to develop and retain a trained workforce by providing a path to permanent residency for skilled foreign workers.

“We have everything you need to succeed,” affirms Al Khoury. “People ask how I ended up here. But I didn’t end up here. Sault Ste. Marie is my start, and I am happy and proud about that.” 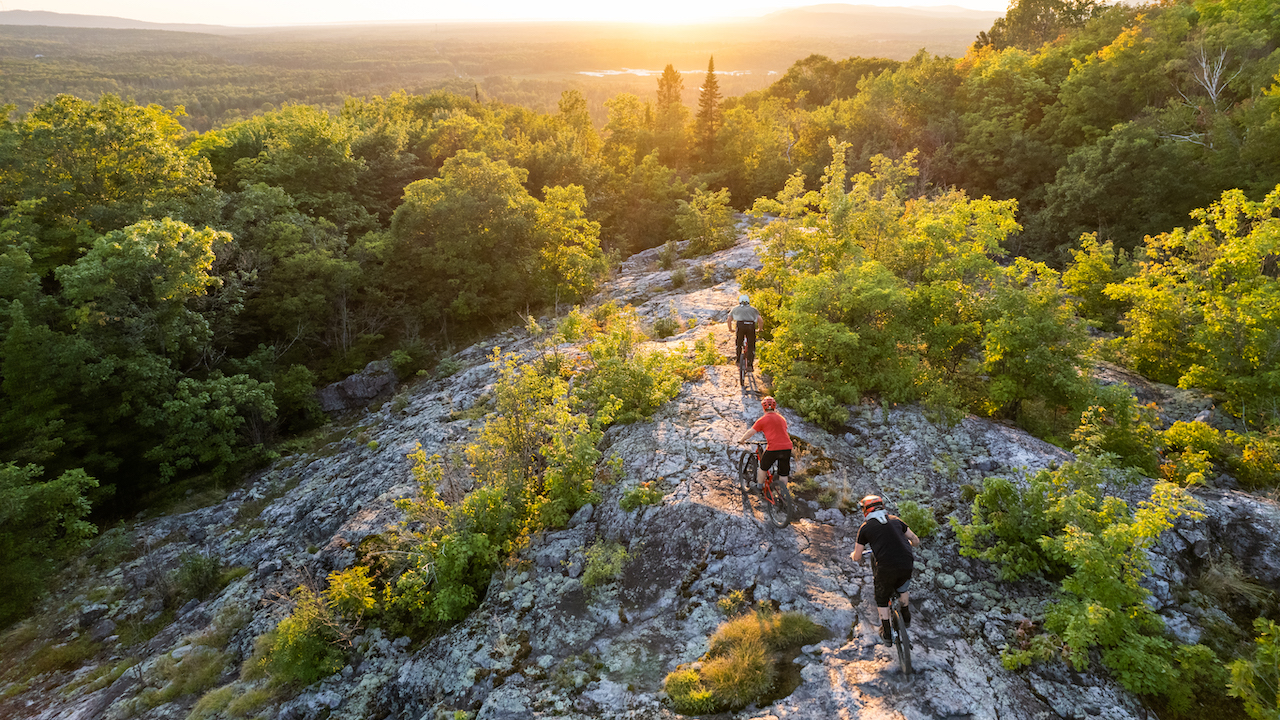 Sault Ste. Marie is located on the shore of the Saint Marys River and is a vibrant town of 75,000, known for its high quality of life and easy access to the magnificent beaches of Lake Superior, world-class mountain biking and a burgeoning arts scene. It’s a small city with big potential, especially for those looking for career opportunities. Make your move to the Soo—where all are welcome. Visit welcometossm.com for more information.