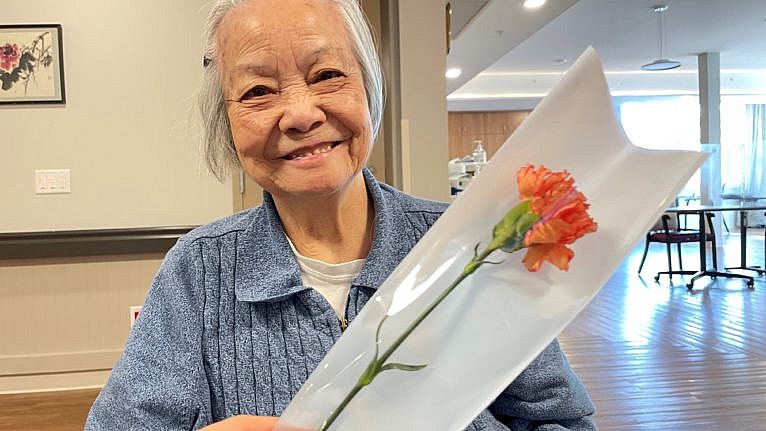 Villa Cathay Care Home Society’s fundraiser for its bright, new building in Vancouver, B.C., got a boost when donors saw how it protected residents’ health during the COVID-19 pandemic.

AS CANADIANS WATCHED the pandemic tear through long-term care homes, many were prompted to donate to charities focused on seniors care, which have traditionally struggled for attention, say experts in the field. “COVID put long-term care homes in the spotlight,” says Joey Cheung, director of donor and community engagement at Villa Cathay Care Home Society. It’s one of a number of charities devoted to seniors care, including those that operate or support long-term residences, on the Veritas Foundation’s 500 Fastest-growing Charities in Canada list.

The Vancouver seniors residence landed at No. 20 on the strength of a campaign to fund a new, 224-bed facility. When the pandemic arrived just weeks after residents moved into the partially constructed building, its private rooms with ensuite bathrooms — an upgrade from ward-style accommodation — safeguarded against the virus’s spread. “We only had one outbreak in 2020,” Cheung says. The renovation clearly demonstrated the difference such investment can make on seniors’ health and wellness, and donations rolled in.

In 2021, the Peterson Group, a Vancouver real estate investment company, offered to match up to $1 million in donations to the capital campaign, citing COVID in its appeal to the public. Villa Cathay issued tax receipts for more than $776,000 in donations that year — a 16,000-per-cent increase from their take in 2016 — and generated another half million from foundations. Even if the worst of COVID is behind us, Samir Sinha hopes that geriatric care will continue to be a top philanthropic choice.

The director of geriatrics at Toronto’s Sinai Health System and the University Health Network says he was approached during the pandemic by several foundations looking to make major gifts, including a $15-million donation to Mount Sinai Hospital from the Peter and Shelagh Godsoe Family Foundation, announced in February. “I just fell off my chair,” Sinha says, noting such offers are rarely unsolicited. “Issues of aging are becoming increasingly prominent” as Canada’s population and its charitable donors age, he adds. “And I think a greater awareness of challenges facing older adults became even more prevalent during the pandemic.”