How the Garlic King became an Ottawa institution

Here’s how one restaurant went all in on a major rebrand and weathered a pandemic to give back to the community. 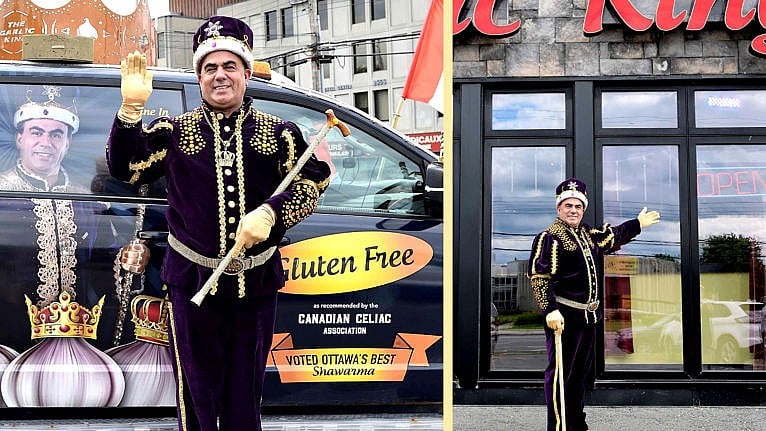 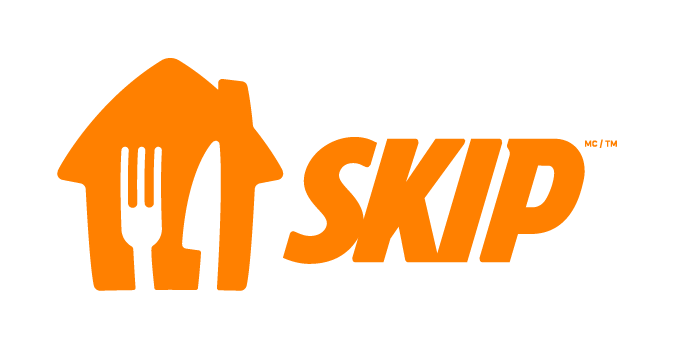 All hail Adel Azzi, the Garlic King: the man, the myth, the restaurant. Clad in full royal-purple velvet garb with a signature golden crown and sceptre on the restaurant’s website, Azzi is the owner of the eponymous Ottawa-based family restaurant. (Do yourself a favour and press play on his “My Shawarma” theme song, a knock-off of “My Sharona”—you won’t be sorry!)

For 27 years, the Garlic King has served up the self-declared “best shawarma in Ottawa” to three generations of loyal customers in the capital’s Orleans neighbourhood and beyond. Now the Garlic King has expanded his empire: loyal fans can enjoy his secret sauce in the comfort of their own homes thanks to SkiptheDishes.

It may be hard to believe, given how much his persona is part of the brand these days, but when Azzi first opened as Really Lebanese Food in 1995, he was admittedly “too shy” to put his photo on the sign. New to Canada, the chef had perfected his culinary skills in the Lebanese army. “I started serving my platoon and worked up to generals and presidents,” he says. His restaurant’s original name—Really—was a declaration that he would serve “really good” meals.

Really Lebanese had always served excellent food, but was perhaps unmemorable in a multicultural city serving every cuisine you can crave. Azzi would casually boast to his family and friends that he was the king of garlic, and one day, his neighbour and now business partner, Dave (he’s known around the restaurant as “Just Dave”), suggested that he expand and rebrand, leaning heavily into becoming that royal persona. As the Garlic King, they’d serve “feasts of royal proportions,” as their proclamation-style promos call them, heaped with hummus, tabbouleh, shawarma and falafels—all this at a pauper’s price tag, as a family of six can dine for $44.95.

“It took a bit, but I’ve totally bought into the character,” says Azzi, who can be seen riding around town in his King-Dome. The King-Dome, which takes cues from the Popemobile, is a heavily branded van with an actual dome on top, allowing him to wave to his subjects, sometimes from the ice before local hockey games. His over-the-top self-promotion has become synonymous with the restaurant, a colourful landmark in the community.

Azzi has close ties to his patrons, and nobody wanted to see him dethroned when COVID-19 hit in March 2020. While most restaurants prepared to take an inevitable hit, the Garlic King was more concerned about how he might give back. The answer was both unexpected and obvious: shawarma. “We gave a free sandwich to any front-line worker who came in,” says Azzi. (More specifically, he met them safely in the parking lot.) In addition, the Garlic King gifted more platters to the local food bank than the food bank could handle.

Guided by long-held community values, the Garlic King chose to modernize its approach and offerings with the help of a key partner. After nearly a quarter century of in-house dining, the restaurant worked with food delivery service SkipTheDishes to serve people at home. The partnership allowed the transition to takeout to happen quickly, and it gave visibility of their delectable offerings to thousands of new customers. “We were told we have one of the highest reorder rates of all their restaurants—and we’re not a franchise, we’re just one location,” Azzi says. Digging deeper, he discovered that an astounding 87 per cent of his customers indeed reordered—within a week.

Orders coming through the Skip platform now account for approximately 30 per cent of the restaurant’s revenue, allowing them to reach new customers and areas of the city. Now, post-pandemic and in tandem with the reopening of indoor dining, the partnership is one of the reasons the restaurant continues to thrive while staying true to its roots in the community.